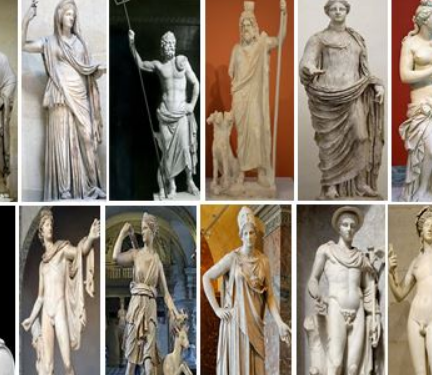 It is a known fact that the ancient Romans modeled an extensive amount of their culture and religious beliefs on the ancient Greeks, including their gods and goddesses who basically shared similar characteristics and responsibilities as the ones in the Greek pantheon.

Below is a presentation of a list of the major Roman gods and their Greek equivalents: