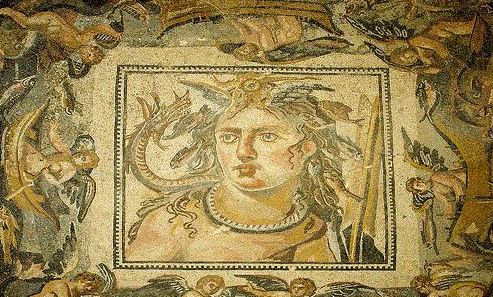 Siblings: Titans, the Cyclops, and the Hecantoncheires

Children: Oceanids, including Doris; Ptotamoi (river gods such as Alpheus, Achelous and numerous others); Nephelai (clouds)

Tethys’ name, which came from the Greek word “têthê”, translates into words such as “Grandmother” and “nurse”. Similarly, she was called the “Nurse of Hera” after she and her husband Oceanus took in Hera for safe keeping at the beginning of the clash between the Titans and the Olympians. 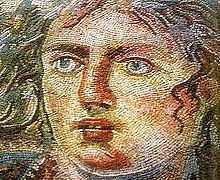 Titaness Tethys was born to the Earth goddess Gaia and the sky god Uranus. According to Hesiod, Tethys was a member of the first generation of Titans that included Cronus, Oceanus, Iapetus, Themis, Phoebe, Rhea, Hyperion, Coeus, Crius, Mnemosyn and Theia.

The two other categories of siblings of the Greek Titans were the Cyclopes and the Hecantoncheires, both of who were hideous monstrosities and creatures, with some of them having up to hundred hands.

As it was so typical of ancient Greek deities to marry from within the family, Tethys took her brother Oceanus for a husband. Long before there was the Olympian Poseidon there was Oceanus, the embodiment of the oceans of the world. It was believed that Oceanus was the deity that encircled the entire world.

With her husband Oceanus, Tethys bore numerous children, including: the Oceanids (a group of 3,000 water-nymphs such as Doris, Eurynome, Metis, Clymene and numerous others); Ptotamoi (river gods such as Alpheus, Achelous, Scamander and many others); Nephelai (clouds).

Read more: 10 Most Famous Children of Tethys and Oceanus 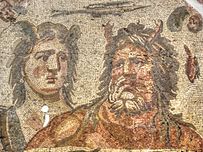 There are quite few representations and depictions of Tethys from the ancient Greek era. In those depictions of Tethys, the Titaness was shown alongside her husband Oceanus, Erotes (Loves) and Eileithyia, the goddess of childbirth. Her association with Eileithyia reinforces her epithet as the “Mother of the gods”.

The ancient Greeks and Romans typically depicted Tethys as a simple woman who sometimes had horns or wings coming out of her eye brow. Some mosaic paintings show her with fish and other sea creatures on top of her head. On her shoulder is often a fierce sea-serpent. In most cases, she is seen surrounded by a number of winged Erotes (love).

Other interesting facts about Tethys 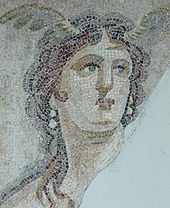 Homer’s Iliad states that Hera was placed in the care (by Rhea) of Tethys and Oceanus. This was around the time that Zeus began to rebel against Cronus.

Tethys was the one who turned Aesacus into a diving bird. Aesacus was the son of the famous King Priam of Troy. Aesacus’ transformation came when he tried to commit suicide by leaping off a cliff. He was saddened beyond measure over the death of a nymph called Hesperia who he had fallen in love with.

According to some accounts, Oceanus and Tethys were the first deities that appeared, i.e. the parents of the Greek Titans. Homer described the two titans as the parents of all the Greek gods.  The 7th century BCE Greek philosopher and poet Epimenides of Cnossos had similar ideas. According to Epimenides, Tethys and Oceanus emerged from Tartarus, who in turn emerged from Night and Aer, the first two beings at the beginning of time.

On the other hand, Plato describes Tethys and Oceanus as the parents of Cronus and Rhea.

Tethys was one of the numerous gods invited to the famous wedding between Peleus and the nymph Thetis (mother of Achilles). The wedding is infamous for sowing the seeds of discord among three Greek goddesses – Hera, Aphrodite and Athena – that ultimately led to the Trojan War.

There was a prehistoric ocean called Tethys Ocean.

One of moons of the planet Saturn is called Tethys. Also known as Saturn III, the moon was discovered in 1684 by the Italian (naturalized French) astronomer and mathematician G. D. Cassini.

Tethys myths and facts | Image: Tethys attending the wedding of Peleus and Thetis on an Attic black-figure dinos by Sophilos, c. 600–550 BC, British Museum 971.11–1.1