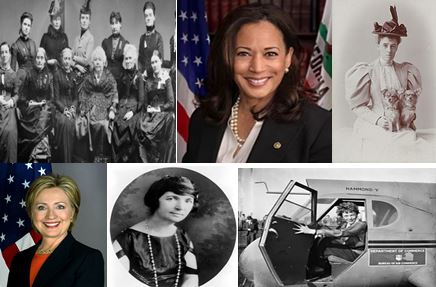 Throughout the history of America, some of the greatest feats in medicine, politics, music, sports and art have been made by women. It was women who were in the thick of things when campaigns were being made to empower ethnic minorities. Women were the ones with the most vocal voice when it came to fighting for voting rights and equal opportunities at the work place.

The women we are about to explore occupy distinguish spots in the annals of American history; their tireless work and sheer determination broke the glass ceiling, inspiring other women in the country to follow in their example.

The following are 10 most famous firsts in American women’s history:

The Seneca Falls Convention was the first women’s rights convention 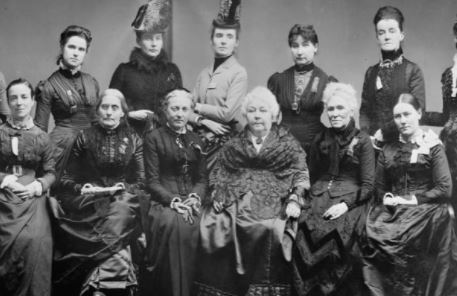 Organized in July 1848 in New York, the Seneca Convention went down in history as the first time a group of men and women came together to have a convention for the advancement of women’s rights. The Seneca Falls Convention, which saw about 240 women and men participate in, holds an important spot in the history of the United States.

The importance of the Seneca Falls Convention lies in the fact that it brought to the fore serious social, political and religious issues concerning women, who by the way have always accounted for more than half of any society. It was on this premise that the participants (100 of the delegates – comprising 68 women and 32 men) took matters into their own hands and approved a Declaration of Sentiments.

The Seneca Falls Convention was resounding statement that laid down the foundation for other women’s suffrage activists such as Elizabeth Cady Stanton, Susan B. Anthony, Lucretia Mott, and many others to advance the cause.

Margaret Sanger’s birth control clinic was the first of its kind in the U.S. 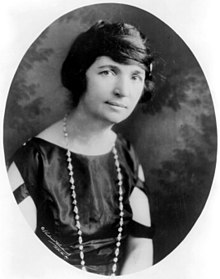 Margaret Sanger holds the distinguished honor in America’s history as the most influential figure in the birth control movement. She was an outspoken and brave woman who defied the authorities and even put her life on the line all in the name of advancing women’s reproductive health and rights.

In 1916, the New York-born women’s rights activist and birth control activist established the nation’s first birth control clinic. Her clinic caused a lot of outcry from conservatives, and she was arrested by the authorities for advocating and distributing contraception, which was considered illegal under the Comstock laws.

Sanger was put on trial for simply advocating family planning. Her trial received wide coverage, as more and more women came to support her ideas. Sanger reasoned that true freedom for women could be achieved when they were well informed and empowered to have full control their bodies and their reproductive health. Margaret Sanger’s reproductive health movement was aimed at making women have an equal footing in the United States.

Did you know: Margaret Sanger’s American Birth Control League (established in 1921) is what evolved into the Planned Parenthood Federation of America? 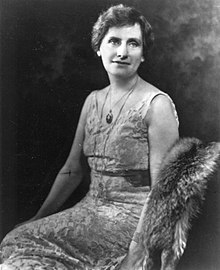 On January 5, 1925, Nellie Tayloe Ross became the first woman to be sworn in as governor of a U.S. state

Not only was Wyoming the first place in the United States to allow women to vote, it was also the first state in the U.S. to elect a female governor called Nellie Tayloe Ross.

While other states in the U.S. debated whether or not to grant women the right to vote, Wyoming Territory in 1869 showed to the rest of the nation that women were no second class citizens. The territorial legislature granted women above the age of 21 years the rights to vote freely.

To show you just how much contempt the political elites on Capitol Hill had for women’s suffrage at the time, Congress tried its hardest to reprimand Wyoming for granting women the vote. However, Wyoming remained resolute and refused to budge under Congress’ unrelenting lobby. The icing on the cake for Wyoming came in 1924, when it became the first state in the nation to elect a female governor by the name of Nellie Tayloe Ross.

Edith Wharton was the first woman to receive a Pulitzer Prize 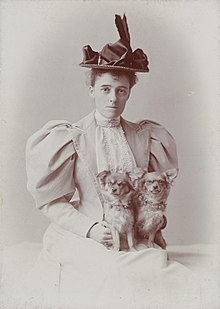 Who was Edith Wharton? And why does her name continue to reverberate through the halls of fame for women? Well, Edith Wharton was a New York City-born novelist, writer and designer. She hailed from the upper echelons of New York elites. And part of the reason why she was able to write the things that she wrote had to do with her background.

Edith Wharton critically acclaimed novel – The Age of Innocence (1920) – earned her a Pulitzer Prize for Literature in 1921. By so doing, she became the first woman to receive that distinguished award, which the likes of

The Pulitzer Prize-winning novel, which was by the way her 12th novel, brilliantly took a shot at the sheer hypocrisy of the wealthy in New York.

Edith Wharton’s The Age of Innocence, as well as other novels of hers, has been a source of inspiration for many modern writers, particularly women. For example, Cecily Von Ziegesar – the author of the famous Gossip Girl series – stated that The Age of Innocence played a huge role in shaping her writing career.

Amelia Earhart – the first woman to cross the Atlantic in airplane 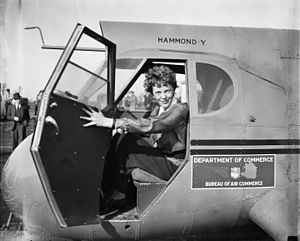 In 1928, one of the female trailblazers in American aviation Amelia Earhart performed a feat never done by any women in America; the Kansas-born aviator made a solo flight across the Atlantic Ocean. Her record-breaking trip spanned for about 20 hours. Following the trip, Earhart became very famous and respected in American aviation. Her astonishing aviation feats also encouraged more women to enter into the industry. She played a significant role in setting up The Ninety-Nines – an organization that promoted aviation among women. In addition to her stellar records in aviation, Amelia Earhart was also as distinguished writer, once serving as the editor at Cosmopolitan magazine.

Sadly, the aviation pioneer’s career and life was cut short in 1937, when the plane that she was flying in vanished over central Pacific Ocean (near Howland Island). Amelia Earhart and her navigator Fred Noonan were attempting to circumnavigate the globe via the equator. Earhart was hoping to become the first female to fly around the world.

Had Earhart pulled it off, she would have become the first pilot to circumnavigate the globe around the equator. Regardless, Amelia Earhart still occupies a very important spot in not just the history of American aviation but in the overall history of the America.

It took the United States of America a whopping 178 years  since the Declaration of Independence (in 1775) to get its first female member of a presidential cabinet. The woman that shattered this particular glass ceiling was none other than Frances Perkins – a sociologist and workers’ rights activist.

Born in Boston, Massachusetts on April 10, 1880, Frances Perkins had long maintained a strong passion for the health and safety of American workers, particularly women. Perkins was a member of several labor organizations across the country. The Columbia University graduate was once a professor of sociology at Adelphi College.

Frances Perkins defining moment came in 1933, when President Franklin D. Roosevelt (FDR) appointed her as U.S. Secretary of Labor. Perkins thus became the first woman to hold a cabinet position. She was also the first LGBT Person to be in the U.S. cabinet. As secretary of labor, Perkins was crucial in getting the support of labor movement for FDR’s New Deal. She performed brilliantly on the labor aspects of the New Deal, playing vital role in the Civilian Conservation Corps, the Public Works Administration and the Federal Works Agency etc.

When it came to passing the National Industrial Recovery Act, Perkins made sure that the voices of labor remained very vocal. Other feats of Frances Perkins came in the form of the Fair Labor Standards Act which set the minimum wage and overtime laws. Perkins’ tenure as Labor Secretary allowed for the proper definition of the 40-hour work week, while also promoting workers’ health and safety and drastically reducing child labor in the United States.

All in all, Frances Perkins was as a progressive reformer whose dedication helped in marshalling America’s labor force in such a manner that it sustained the U.S. efforts in World War II.

Did you know: Frances Perkins and Interior Secretary Harold L. Ickes were only two cabinet members to stay throughout FDR’s presidency?

In an unprecedented move, Republican U.S. President Ronald Reagan nominated Sandra Day O’Connor to the U.S. Supreme Court in 1981. The El Paso, Texas-born became the first woman nominated and confirmed (by the Senate on J as an associate justice of the nation’s highest court – the Supreme Court. Aside from her vital contribution in so many landmark cases before the U.S. Supreme Court, Justice Day O’Connor’s tenure – from 1981 to 2006 – served as big inspiration to young women lawyers to aspire for the highest legal positions in the country.

O’Connor’s appointment paved the way for other astute legal minds such as . to serve on the bench. In the wake of her retirement in 2006, O’Connor was lauded as one of the most influential centrists the nation has seen. Her long years of service to the nation earned her numerous awards, including a Presidential Medal of Freedom in 2009 from then-U.S. President Barack Obama.

Read More: Women Justices of the Supreme Court of the United States

Born Kathryn Ann Bigelow in San Carlos, California, the American film producer, director and screenwriter made history by becoming the first woman to win the Best Director at the 82nd Academy Awards. She earned this award for her hit film The Hurt Locker (2008). The film was a massive success, getting nominated in nine categories at the Oscars.

Kathryn Bigelow, a Master of Fine Arts graduate from Columbia University, has an impressive resume, with directed films such as Near Dark (1987), The Widowmaker (1995), Detroit (2017) and host of others.

Did you know: Kathryn Bigelow received the Saturn Award for Best Director in 1995 for her film Strange Days (1995)?

Hilary Clinton’s crowning achievement came in 2016, when she fended off competition from Vermont Senator Bernie Sanders to get nominated for president of the United States by the Democratic Party. She was the first woman to hold this position in a major political party in the history of the United States. 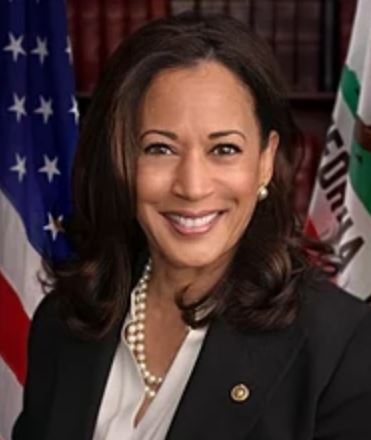 On August 11, 2020, Kamala Harris showed to the entire nation that the glass ceiling in Washington D.C. was there to be shattered as she became the first female, first Black and first South-Asian to serve as a vice presidential candidate for a major political party. That same year, in November 2020, Kamala Harris took another step further when the 2020 U.S. presidential election was called in favor of both her and Democratic presidential candidate Joe Bidden. The Biden-Harris ticket defeated incumbent President Donald Trump and Vice President Mike Pence in the 2020 presidential election, an election that saw the highest voter turnout since 1900.

On January 20, 2021, Kamala Harris – an Oakland, California-born and daughter of Jamaican and Indian immigrants – was sworn into office as the 49th Vice President of the United States. Her election to the second highest office of our nation was a very a historic one, a feat that in so many ways nudges women closer and closer to the Oval Office.