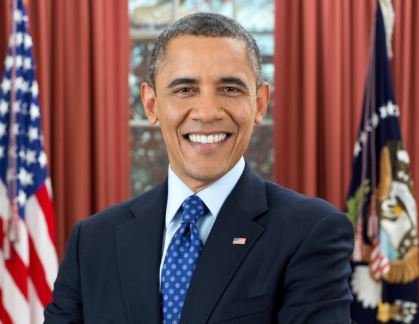 Born August 4, 1961, Barack Hussein Obama is most famous for being America’s 44th president. Obama’s time in the White House lasted for two consecutive terms of 4 years each, from 2009 to 2017.

Barack Obama, the first African American to be elected into office, went on to win admiration of millions of Americans, and the world in general, due to some of his remarkable achievements.

As commander in chief, Obama helped alleviate the dire unemployment situation the nation was grappling with during the 2007/08 global financial crisis. On the international front, his historic Iran Nuclear Deal helped calm tension between the U.S. and the Islamic Republic of Iran, averting a possible war in the Gulf region.

Quick Facts about Barack Obama, the 44th President of the United States

Most famous for: 44th POTUS; First African American to become president of the Harvard Law Review; the Iran Nuclear Deal of 2015; and ObamaCARE; Nobel Peace Prize in 2009

Here are the 9 outstanding accomplishments of President Barack Obama.

The first African American to be elected POTUS

In November 2008, Democratic Senator Barack Obama defeated Republican candidate Senator John McCain to claim the highest elected job of the nation. By so doing, the Honolulu born lawyer became the first African American to be elected into the position. Regardless of one’s political affiliation, the day Obama was elected is one that will live in the minds of Americans for generations to come. Thus, it took the United States of America a whopping 43 presidents, over the span of 209, to finally elect a non-white president. That’s how outstanding Obama’s election in 2008 was.

Following on his impressive 2008 election results, Obama eased himself into victory again in 2012, defeating Mitt Romney. The two terms that he spent in the White House had enormous importance for African American communities across the nation.

Lifted America out of the 2007/08 Global Financial Crisis

President Obama signed the ARRA into law on February 17, 2009 in Denver, Colorado

Considering the amount of havoc the financial crisis of 2007-2008 caused, it not surprising when reporters and business experts rightly touted it as second only to the Great Depression of the 1930s. The crisis called on every bit of strength of the President Obama. Mind you, the president took office just as the crisis had fully engulfed the country. Businesses across the country were folding up on a daily basis. A month prior to his election, Lehman Brothers, a titan in the investment banking sector, folded up. The US automotive industry was in a very bad state. Several millions of Americans were either laid off or on the brink of getting laid off. The number of homeless Americans had spiked up to a decade high.

In his bid to avert the collapse of not just America’s financial system, but he world in general, President Obama and his advisers passed the American Recovery and Reinvestment Act of 2009, commonly called the ARRA stimulus package. Close to a trillion dollars of stimulus packages were made available to businesses all across America in order to stabilize the market. America’s prized jewel, the automotive sector, received the bulk of those stimulus packages. By so doing Obama was able to prevent millions of Americans from getting laid off.

He cracked the whip on rogue Wall Street bankers

The Obama administration also a passed host of measures and laws that were aimed at preventing a similar crisis of that sort from ever occurring. Notable mention can be made of the Dodd-Frank Wall Street Reform and the Consumer Protection Act. Many of these regulations were targeted at protecting the American consumer; eliminating executive pay that rewarded reckless executives; and arming the US Federal Reserve with enough tools to go after recalcitrant banks and institutions. All of these measures were installed in Obama’s first year in office. Officially, the crisis is said to have ended in June 2009, according to the US National Bureau of Economic Research (NBER).