Most Famous Mother Goddesses from Around the World

Throughout human history, mother goddesses were revered for being the source of vitality, with some personifying the cycle of decay and growth. The latter explains why and how some mother goddesses were seen as the moon or spirits of the moon, as in the case of ancient Egyptian goddess Nephthys.

Take the case of Isis, the ancient Egyptian goddess and mother of the falcon-headed god Horus, who, according to the myth, used her magical powers to bring her husband Osiris back from dead. Then there is Brighid, a Celtic goddess of childbirth and women, who was believed to protect and nourish the home.

From Norse culture to the ancient Roman society, the following are 13 most famous mother goddesses from around the world. 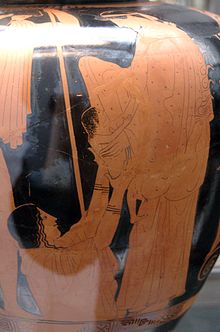 Not only is Gaia a mother goddess, but she is also the earth mother in Greek mythology.

Revered in ancient Greek religion as the goddess of the earth, Gaia was a primordial deity from whom all life on earth emerged. With her husband/son Uranus, the sky god, Gaia brought forth the Greek Titans, the Cyclopes (one-eyed giants), and the Hecatonchires (giants with fifty heads and hundred arms).

Depicted as a  winged goddess with the throne of Egypt literally on top of her head, Egyptian goddess Isis was undoubtedly the most powerful and most worshiped of all the goddesses. Her influence and reverence spanned for more than 5,000 years, with some historians stating that it lasted up until the 6th century AD.

Isis role in the Egyptian pantheon was crucial, as she was the one who brought her husband Osiris back from the dead. As a matter of fact, the mummification practice in ancient Egypt hinges on this very action of Isis. 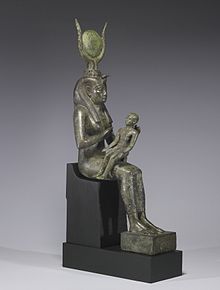 As the mother of Horus, Isis was also considered the protector of Egyptian pharaohs as it was believed that Horus was the first true pharaoh of Egypt. Owing to this, Isis was strongly associated with kingship and royalty. 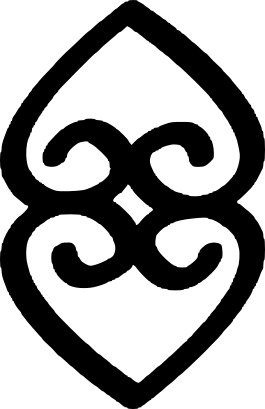 Asase Yaa, Ashanti goddess of the earth | Image: Asase Ye Duru is the  Adinkra Symbol of Asase Ya

For centuries, the Akan people, a prominent West African ethnic group off the coast of Gulf of Guinea, worshiped Asase Yaa. Also known as the “Old Woman who brings spring”, this mother goddess was so powerful that she was revered as the consort of Nyame, the sky god and creator of the universe.

Asase Yaa is the mother of many gods and goddesses in the Akan pantheon, including Tano, the storm and river god.

Through libation, sacrifices and religious dance, the Akan people believe that they could call upon the blessings of Asase Ya. Thursday is recognized as the day of her birth. It was a long held tradition for people in that region to rest on Thursday in honor of Asase Yaa.

Ancient Egyptian goddess Nut was revered as the mother of major Egyptian gods, including Osiris, Isis, Seth, and Nephthys. She brought forth those children with her husband/brother Geb, the earth god. 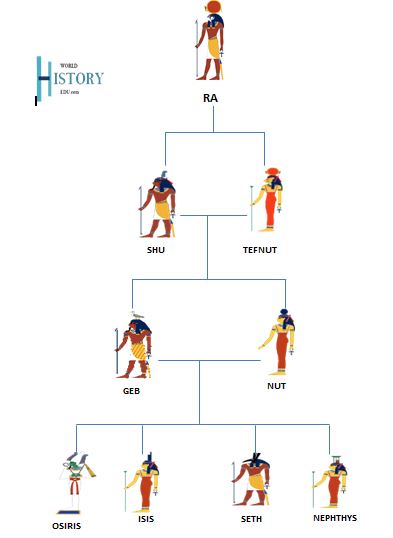 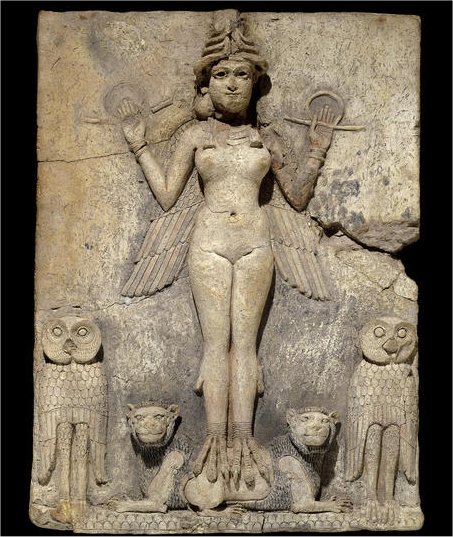 Also known as Nintud or Nintur, ancient Mesopotamian goddess Ninmah was revered by ancient Sumer people and other ancient civilizations in the region as a mother goddess. Similar to Isis in ancient Egypt, Ninmah was the deity of conception, childbirth, and protection of the home. She was revered for offering protection and nourishment to the unborn child in a mother’s womb.

In some earlier accounts, Ninmah, who is also fertility goddess, is said to be the creator of human beings. She did this by mixing the blood of slain god with clay.

Ninmah’s standing in the ancient Mesopotamian pantheon was at an all-time high in the third and second millennium BCE. She was given almost the same reverence as major gods like Enlil and Enki, both of whom were often regarded as her consorts. However, with the passage of time, female deities like Ishtar, the goddess of war and love, and Gula, the goddess of healing became more prominent among ancient Mesopotamians.

In Hinduism, the goddess Durga is generally seen as the feminine manifestation of the Brahman Devi or Mahadevi. Durga is in charge of protection, strength, motherhood, destruction and wars. Hindus believe that she fights against evil forces that seek to destroy peace and human prosperity. Strong and powerful, Durga is often depicted with many arms, and in each arm, she can be seen holding a variety of weapons.

Although she is described as extremely beautiful and elegant, Durga is known for having a very fiery, fierce and terrifying character. This explains why she is often times depicted with a lion or a tiger by her side. One of her greatest accomplishments came when she defeated the ferocious demon Mahishasura.

Frigg, the Norse goddess of fertility and marriage, is the wife of Odin, the all-powerful god and leader of the Aesir gods in Norse mythology. Associated with prophecy and magic, Frigg often used her wisdom and soft-spoken stance to promote peace among the Norse gods.

The goddess Frigg appears in a number of poems in the Poetic Edda, a 13th century compilation of Norse stories. For example, the poem Völuspá recounts the “two griefs” Frigg suffers – the first being the death of her son Baldur, while the second is the death of her husband Odin (during Ragnarok).

Did you know: The name Friday in English comes from the Old English word Frīġedæġ, which means ‘day of Frig’?

In some accounts, Mut was known as the originator of all life on earth. A sky mother goddess, Mut was given epithets like “Lady of Heaven”, “World Mother” and “Mistress of all the Gods”. The very word ‘Mut’ means “mother” in ancient Egyptian language.

Mut’s divine consort was the creator god Amun (also the patron god of the city of Thebes). To symbolize her dominion over the two lands of Egypt – Upper and Lower Egypt – Mut was often depicted wearing the double crown of Egypt. She has also been depicted as a cow, a cat or a lioness. 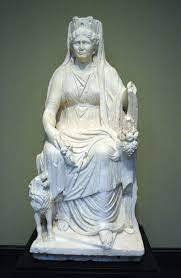 To the ancient Romans, Cybele was known as “Mountain Mother”, a testament to the importance of this mother goddess. To the Greeks, she was partly incorporated into the functions of Gaia, the earth goddess, and later Demeter, the goddess of the harvest.

Some archaeologists have claimed that her true origin story goes back to the Neolithic era in Çatalhöyük (southern Anatolia).

Also called Magna Mater (“Great Mother”) in Rome, Cybele’s worship was widespread, especially during the Second Punic War (218-201 BCE). The Romans believed that Cybele had a hand in their victory over their arch rivals, the Carthage Empire.

Read More: List of Roman Gods and their Greek Counterparts

Cat goddess Bast (or Bastet) is the deity in charge of not just pregnancy and fertility but also music, ointment and warfare. Seen as the daughter of the sun god Ra, Bastet revered for the protection she gives to mothers and newborn children. As a result, it was not uncommon for Egyptians to erect shrines in their homes in honor of Bast.

Also known as the “Lady of Dread” or the “Lady of Slaughter”, this Egyptian mother goddess did in deed have a ferocious side to her nature. It was believed that Bast (often in the form of the goddess Sekhmet) had the ability to plunge entire cities into misery and bloodshed.

Yemoja, Yoruba goddess of the ocean, is revered as the “Mother of All” as she is the mother of many deities in the Yoruba pantheon | Image: A Yemoja statue at Badagry, Nigeria

With name variants such as Mami Wata and Yemeya, Yoruba goddess Yemoja is the deity in charge of the surface of oceans of the world. According to the myth, Yemoja’s powerful presence is what keeps the Earth from whittling and dying.

Yemoja is considered one of the oldest children of Olodumare, the Supreme Being/Creator of the universe. She is mostly associated with gods (orishas) like Olukun (an ocean deity who keeps secrets) and her sister the Orisha Oshun, deity of rivers, fertility, women and sensuality.

Yemoja, Yoruba goddess of the ocean, is revered as the “Mother of All” as she is the mother of many deities in the Yoruba pantheon. During the Transatlantic Slave Era, African slaves brought her into the Caribbean, where she would go on to be associated with the Virgin Mary, mother of Jesus. And although she is often depicted as a mermaid, she could take different forms.

Legend has it that she once sheltered Oshun who was fleeing the advances of Ogun, the warrior orisha. This makes Yemoja the most nurturing of all the Yoruba gods.

In the Greek pantheon, Demeter is most famous for being the goddess of harvest, fertility and the sacred law. Ancient Greeks believed that her disappearance resulted in death and famine across the land. Thus when she was not occupied looking for her missing daughter Persephone, the world was bountiful.

In Old Irish, the name ‘Brighid’ means ‘high one’ or ‘exalted one’. This probably explains why the Celtic goddess Brighid was associated with not just the hearth, but also poetry, wisdom, healing, and protection.

The daughter of a fertility god known as Dagda, Brighid has two sisters in the Irish pantheon of gods. All three sisters, the Three Brighids, were associated with healing, childbirth and crafts.