10 Most Famous Pharaohs of Egypt

In ancient Egypt, the political as well as the religious leader of the entire people of Egypt was referred to as Pharaoh. Here is our pick of the 10  greatest pharaohs of ancient Egypt: 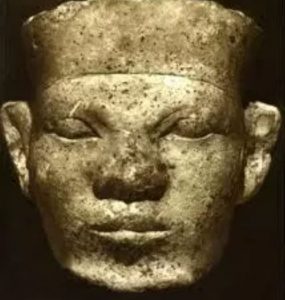 Pharaoh Menes ruled Egypt from about 3201 – 3101 BC. He was the founder of the first Egyptian dynasty. Menes’ main achievements as a king include the unification of two factions of Egypt: the Upper and the Lower Egypt. He also takes credit for rerouting the Nile River in Lower Egypt.

As pharaoh, Menes also founded the ancient royal capital of Egypt – called Memphis –  on a reclaimed territory. Historians and archeologists list the worship of gods and practice of sacrifices as some cultural influences of Menes. After 62 years of ruling Egypt, Menes was believed to have been killed by a hippopotamus. 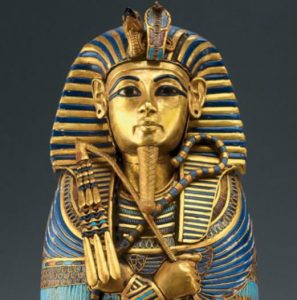 Our pick for second most famous pharaoh of Egypt has to be Tutankhamun. Tutankhamun’s reign started from 1333 to 1323 BC. For some historians, he is  popularly regarded as the most famous and greatest pharaoh of Egypt. Tutankhamun belonged to the 18th Dynasty. He came to the throne around the age of 8/9. Historians state that King Tut died before he turned 20.

The secret gold-filled tomb of Tutankhamun was discovered in the early 1920s. It became one of the most popular archaeological finds in the 20th century. The Pharaoh Tutankhanun is linked with a glossy death mask of gold, which was discovered in his tomb, along with several other remarkable treasures. The name Tutankhamun means, a living image of Amun (the supreme god of the Egyptian Pantheon). His father was Akhenaten (also known as the heretic pharaoh – see below). Tutankhamun reversed a lot of rules instituted by his father.

Ramses II (c. 1303-1213 BCE) was the third pharaoh of the 19th Egyptian Dynasty. To signify how much difference he made to the Egyptian society, Ramses II is often referred to as Ramesses the Great. This famous pharaoh of Egypt likely ruled from 1279 to 1213 BC before he died. He was the builder of great temples such as Ramesseum and the Abu Simbel temple.

Among the various pharaohs of Egypt, Ramses II was a king of strength and he formed an army of more than hundred thousand members. Having left a great legacy behind, Egyptians have named about nine other pharaohs after him. It is for these reasons why Ramses II is considered one of the greatest pharaohs of Egypt. Historians estimate that Ramses II lived for about 90 years before his death. He was succeeded to the throne by his thirteenth son, Merneptah. His tomb was first buried in the Valley of Kings. His body was later exhumed and kept in a museum. 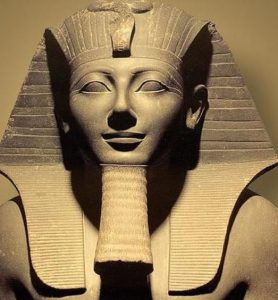 The fourth famous Egyptian pharaoh on our list is Thutmose III. This pharaoh reigned over Egypt from about 1479 to 1425 BC. He was the 6th Pharaoh of the 18th Egyptian Dynasty. Owing to his insatiable thirst for power and dominance, Thutmose III  has often been referred to as “the Napoleon of ancient Egypt” by modern scholars and egyptologists. His first taste of power was when he co-ruled Egypt for twenty-two years with his stepmother by name, Hatshepsut.

After his stepmother’s death, Thutmose took over and enlarged the Egyptian empire; he rebuilt the kingdom’s army, turning the land into one of wealth and dominance in the region. It is for this reason Thutomose III constantly got revered and honored long after he died. The pharaoh is believed to have married a lot of wives [a quite common phenomenon back then]. After his death around 1425 BC, the god king was laid to rest in the Valley of the Kings.

Queen Hatshepsut was a female Pharaoh during the 18th Dynasty. Among the few female pharaohs of Egypt, Hatshepsut certainly comes out tops. Being the 5th pharaoh in the dynasty, her remarkable reign earned her the epithet “Foremost of Noble Ladies”. Hatshepsut’s reign spanned from 1479 to 1458 BC.  She stood in Thutmose II’s place when Thutmose III was too young to rule following the death of his father.

Her rise to power witnessed the construction of important buildings and many magnificent sculptures. Also, Egyptians lived in peace and harmony during her time on the throne. Even though her reign was highly successful, her successor Thutmose III defaced, destroyed or removed many of her images and sculptors from temples after her death. She gets on this list of famous pharaohs for her sheer bravery and finesse in dealing with the tense political situation (largely male-dominated as well) during her reign. Akhenaten was an ancient Egyptian ruler (a pharaoh) of the 18th Dynasty whose reign lasted for 17 years. His reign likely started from 1353 to 1336 BC. Akhenaten means, “Effective for Aten” (an aspect of the ancient Egyptian god of the sun, Aten). Egyptians remember Akhenaten as a monotheistic pharaoh, a ruler who dismantled the the polytheistic worship of  gods and goddesses of Egypt.

Pharaoh Akhenaten planted Aten – the sun god – as the supreme god of ancient Egypt. This made him quite an unpopular figure in ancient Egypt. His son and successor Tutankhamun would later reverse all the “heretic” ideologies perpetuated during Akhenaten’s reign.

Pharaoh Akhenaten also vested a lot of power in his queen, Nefertiti. This made her very famous as she acted like a co-ruler of the main pharaoh. After the death of Akhenaten, Egyptians went back to their previous forms of polythestic worship. Queen Cleopatra VII was a female pharaoh of Egypt who was the last ruler to come from the Ptolemaic dynasty. She was a descendant of an ancient ruler of Egypt, Ptolemy I, who was an associate of Alexander the Great. Her reign lasted from about 51 to 30 BC. Cleopatra had the privilege of ruling Egypt before the Roman Empire made the land of Egypt a province of Rome.

Cleopatra was a woman of beauty and intelligence. She had romantic connections with leaders of Rome, including Julius Caesar and Mark Antony. Cleopatra came to power after succeeding her father Ptolemy XII when he died in 51 BC. She co-ruled Egypt with her brother Ptolemy XIII. 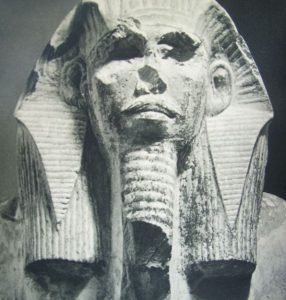 Coming in eight on the list of most famous pharaohs of Egypt is Pharaoh Djoser. This pharaoh was also known as Zoser. He was the second pharaoh of the third Dynasty whose tenure lasted around 2700 to 2600 BC. Djoser was the first pharaoh to live in Memphis – the royal capital of Egypt. This is located southwest of Cairo, present-day Egypt. Djoser’s reign saw the construction magnificent structures such as of the first step pyramid: the flat rectangular structure which houses the six-step pyramid.

Djoser became a popular pharaoh of Egypt due to his limestone-painted statue which is considered as the oldest Egyptian life-size statue. 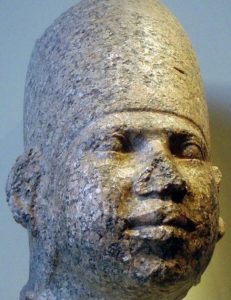 Pharaoh Khufu was the second pharaoh of the Fourth Dynasty. The ancient Greeks knew him as Cheops. Khufu was a successor to his father Sneferu. Khufu gets onto our list of famous pharaohs because the Great Pyramid of Giza is widely attributed to Khufu. The breathtaking pyramid measures a staggering height of about 481 ft (or 147 meters). It is the oldest and only remaining structure among the 7 Wonders of the Ancient World.

Pharaoh Khufu ruled from about 2589 to 2566 BC. Today, his only remaining statue is a 9-centimeter ivory statuette which has been kept at a museum in Cairo, Egypt. Unfortunately, many important cultural artifacts or aspects of Khufu’s reign were undocumented. However, the good news is that Khufu fathered a lot of children, who went on to transform the land of Egypt.

Amenhotep III ruled from 1386 to 1350 BC. He was the father of Amenhotep IV (also known as Akhenaten, the heretic pharaoh)

Our pick for the 10th most famous pharaoh of Egypt is Amenhotep III. He was the 9th pharaoh of the 18th Dynasty. Amenhotep III was given the moniker, “Amenhotep the Magnificent”. Estimates of dates of his reign vary from 1386 to 1350 BC. Amenhotep III rose to the throne after his father, Thutmose IV, died.

Amenhotep III reign was full of unprecedented success. He transformed Egypt into an international powerhouse with a great deal of artistic works that peaked during his era. Over the years there have been discoveries of a little over 258 statues of Amenhotep III. He is credited with the construction of the Temple of Amun, a temple in honor of the Sun and creator god Amun (sometimes referred to as Ra).