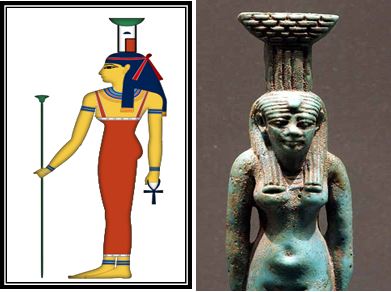 Nephthys was an ancient Egyptian goddess who had dominion over the sky, air, the night, and family. Read on to discover the major myths and facts surrounding her worship, powers and symbols.

Goddess of – the sky and patroness of the family, mourning, rivers, protection, the dead, hearth, coffins, burial, and air

Revered for – facilitating the resurrection of Osiris

Epithets – Mistress of the Mansion, Protector of the Dead, Goddess of Mourning, Helpful Goddess, the Excellent Goddess, Friend of the Dead 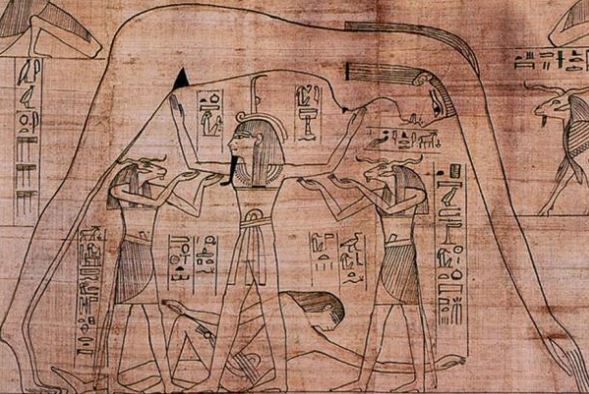 Nephthys was born to the earth god Geb and the sky goddess Nut. Her siblings were Osiris, Isis, Seth and Horus the Elder. It was generally believed that she was the fourth child of her parents, after Osiris, Isis, and Set.

In most ancient Egyptian myths, the common view was that Nephthys’s consort was Seth, the villainous god and murderer of Osiris.

It is also worth mentioning that whenever Nepthyths is paired with Set, she is paired with the good Set and not the wicked Set. This good version of Set was seen as the deity who vanquished the demonic serpent Apophis every night Ra (the sun god) made the journey through the underworld. In some accounts, Nephthys and Set were regarded as the co-rulers of the regions around the western oases.

The name ‘Nephthys’ is a Greek word for the ancient Egyptian goddess, Nebet-hut (or Nebt-het). The meaning of her name translates into “Lady of the House” or “Lady of the Temple Enclosure”. This epithet arose because of her association with the sky. In that role, she was seen as a symbolic representation of the head of the society. As a result, Nephthys was usually venerated as the head of domestic affairs in ancient Egypt.

Starting all the way back in the Pre-dynastic Period (6000 BCE to 3150 BCE), Nephthys’s worship spanned for millennia. It has been estimated that it only ended during the Ptolemaic Dynasty (323 to 30 BCE).

Her worship was at its peak during the New Kingdom, particularly during the era of the Ramesside pharaohs (19th Dynasty). The New Kingdom also had a house called “the House of Nephthys of Ramesses”. It was based in the town of Sepermeru.

Additionally, Nephthys was largely regarded as the divine mother of the pharaohs. She protected them in life and after death. Ancient Egyptians built quite a number of temples in her honor at Karnak and Luxor. Similarly, the towns of Su, Punodjem and the regions around Fayyum had a number of temples built for her worship.

Why was she worshiped?

In most cases the goddess Nephthys was worshiped as the protector of the sacred phoenix (also known as the Bennu Bird).

Also called, “Nephthys-Kheresket”, she was venerated as the supreme goddess of Upper Egypt during the reign of Nome VII

During Osiris’ festival, virgin priestesses in the city of Heliopolis performed a number of rituals in honor of Nephthys and Isis.

Nephthys is often depicted as winged goddess. Her outstretched wings were in reference to the protection she offered to the people of ancient Egypt. In some cases, she was depicted as a kite or a hawk. There were also paintings and drawings of her with a basket on her head.

It was also believed that her wailing and cries were deafening, especially after the death of pharaoh. For this reason, the goddess was sometimes known as “the Mourning Woman”

For her crown, a hieroglyph symbol of a house was often used. The use of a house on her crown should not be interpreted as a home; rather it meant her dominion over the heavens and the air.

Another very important symbol of hers was a pylon, a tower-like gateway that leads into a temple. The use of pylons to represent Nephthys was meant to describe the protective role she played in Egyptian society.

Nephthys has also been depicted wearing a long dress with basket on her head. In her hands, she wielded a sceptre and ankh, the ancient Egyptian symbola of power and life respectively.

Power and role in Ancient Egypt

In contrast to her sister Isis, who represented birth and fertility, the goddess Nephthys was commonly associated with death and decay. But rather than the gloomy and cold features we normally associate with death, Nephthys was seen in a very good light.

Often called the “Helpful Goddess”, it is believed that she aided the dead during their journeys to the underworld. Similar to her sister Isis, Nephthys had magical spells that were particularly useful in navigating through the various levels in the land of the dead. Due to this role of hers, she earned the title “Friend of the Dead”.

In her funerary role, she has been compared to Anubis, the jackal-headed god of funerary rituals and embalming. She was heavily involved in the rituals and embalming process of Osiris, the god of the underworld. Owing to Nephthys’s assistance, Isis was able to resurrect her husband Osiris from the dead. This earned Nephthys the title of “Protector of Mummies”.

Her association with royalty and pharaohs meant that she bestowed upon the pharaoh the ability to see things that were concealed by moonlight. This role of hers aligns with her being the goddess of the night.

Other functions of Nephthys include being the goddess of childbirth, mothers, and the home. The latter feature of hers has made some people equate the role she plays to that of the ancient Greek goddess Hestia (goddess of the hearth and home),

Another feature that made Nephthys such an important deity in ancient Egypt was due to her nurturing and protective prowess. It is believed that she offered divine guidance and assistance to Egyptian pharaohs. She helped nurture and keep the young Horus away from the destructive looks of Set. And because Horus was believed to be Egypt’s first real pharaoh, the Egyptians took to associating her to Egyptian royalty, making her an important deity in the life of the pharaoh.

When angered, Nephthys’ wrath knew no limits. According to some accounts of the myth, she had a fiery breath that could destroy every enemy of the Egyptian pharaoh. She was such a fierce force that demons and other evil spirits trembled upon gazing at her.

Other Facts about Nephthys

An ancient statue of Nephthys at the Louvre Museum ( Musée du Louvre) in Paris, France