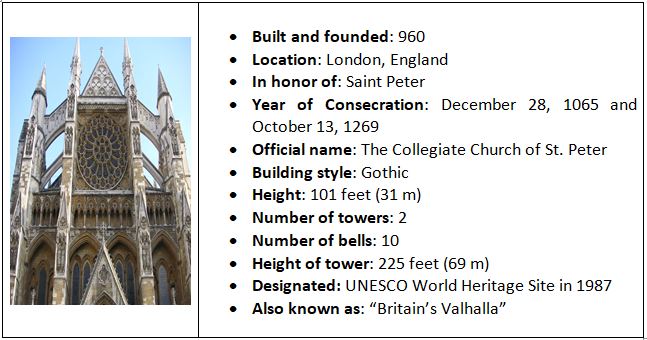 From it being the coronation venue of British monarchs to it being the site where the burial crypts of brilliant artists like Thomas Hardy, T.S. Eliot and William Shakespeare are housed, Westminster Abbey is undoubtedly one of the most famous buildings in human history. For more than a millennium, the abbey has been at the center of political, cultural and social events in Britain. It has witnessed several royal weddings and funerals.

To give a glimpse of just how rich a history Westminster Abbey has, one just needs to look at the first time the monastery first hosted a royal coronation, the royal coronation of William the Conqueror in 1066. And unbeknownst to many, Westminster was once a place that accommodated nuns and monks, as the name rightly says. What are some of the other things that Westminster is most famous for? And why was it built?

Below is a concise presentation of 8 major facts about Westminster Abbey, one of Britain’s oldest structures and prized jewels.

It was built to house Benedictine monks

Historians note that the Original Westminster was built as a structure to house Benedictine monks. Construction began around 960 at a site once known as Thorny Island on the banks of the River Thames. It is worth mentioning that the Thames is famous for bisecting the city of London.

King Edward I dedicated the building to St. Peter the Apostle

A deeply religious king, Edward I, later known as St. Edward the Confessor, is credited with expanding the abbey in the mid-11th century. The king even sited one of his royal palaces near the monastery in order to bask in the magnificence of the building.

Edward’s modification, which took about 25 years and was done in honor of St. Peter the Apostle, saw the monastery take on a Romanesque-style appearance. Unfortunately, King Edward was in his death bed at the time of its completion in December 1065 and hence could not attend the ceremony to open the abbey.

How the Abbey changed its looks to a gothic style 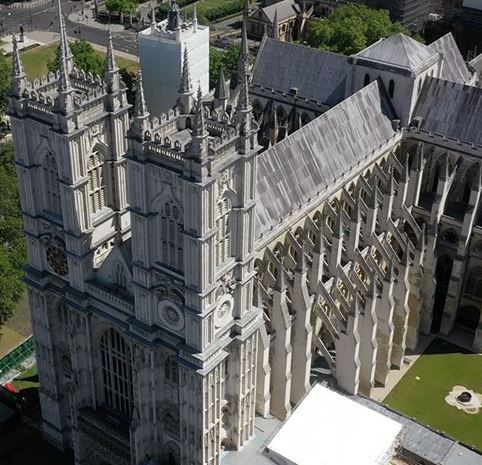 In keeping up with the gothic style trend of the early 1300s saw, England’s Henry III decided to change the monastery’s look from a Romanesque style to a gothic style. This change occurred around the mid-13th century. And since its dedication on October 13, 1269, Westminster has largely maintained its gothic style and architecture, although upon closer inspection, one can still see the remnants of the original Romanesque style, most notably at the monks’ quarters of the building.

The reason for Henry III’s modifications was to make the monastery a place fitting for the coronation and funeral rites of British monarchs. It was the king’s way of making Westminster the most famous cultural and political hub of England.

Origin of its name Westminster

Westminster is not an abbey in the truest sense

The definition of an abbey is a building that houses a community of nuns or monks. It is interesting to note that although the building hasn’t housed any community of monks or nuns since the mid-1500s, the building still gets called an abbey. This change also coincided with the time when the building stopped being part of the Catholic hierarchy and then became an Anglican church. It was a century which saw the beginning of the Protestant Reformation initiated by England’s Henry VIII. 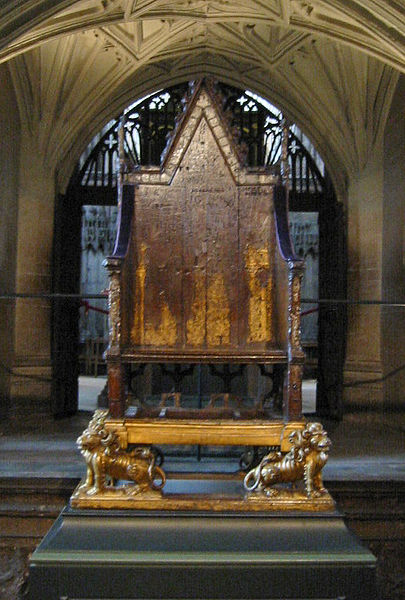 Also known as the Coronation Chair, the St. Edward’s Chair has for centuries served as the throne upon which British monarchs sit in when they are crowned. The chair was named after England’s King Edward I, also known as Edward the Confessor | Image: Edward’s chair at Westminster Abbey

Westminster has such a rich history that the first time it saw a royal coronation ceremony was during the coronation of William the Conqueror (1027-1087), also known as William I. Born at Falaise in 1027, William was the famed warrior and Duke of Normandy who led the Norman invasion of England and defeated Harold II at the Battle of Hastings in October, 1066. Less than three months later, on Christmas Day 1066, William was crowned king of England in Westminster Abbey. And so the tradition of royal coronation at the Abbey began. Ever since 1066, every English/British monarch, with the exclusion of Edward V and Edward VIII, has been crowned at the Abbey.

What this means is that a total of 39 monarchs have had their coronation ceremonies inside the Abbey, including Britain’s longest-reigning monarch Queen Elizabeth II (1926-2022).

Westminster belongs to the sitting monarch of England

In 1560, two years into Queen Elizabeth’s reign, Westminster was given the “Royal Peculiar” status. Having properly established the English Protestant Church and becoming the supreme governor of the Church of England, Queen Elizabeth decreed that the Abbey be the property of the sitting monarch.

Following those changes, Westminster’s official name to this day has been the Collegiate Church of St. Peter, Westminster.

The Abbey is the final resting place for over 3,000 people

One of the first and most significant persons to be buried at Westminster was Edward I, who died on July 7, 1307. Edward I, also known as Edward Longshanks and the Hammer of the Scots, was buried in the Abbey on 27 October.

Initially buried in a tomb in front of the high alter of the Abbey, the remains of Edward I were moved (on the orders of King Henry III) to an even more elegant tomb behind the high altar. The Abbey is also home to the final remains of 17 monarchs, including Henry III, Edward III, Richard II, Henry V, and Henry VII.

Many distinguished poets, Nobel Prize laureates, Prime Ministers of the United Kingdom, scientists, and artists make up the over 3,000 people that have been buried at the Abbey since its inception. Most notable of those people include English writers Charles Dickens, William Shakespeare, and Jane Austen. Famous English scientists like Charles Darwin, Sir Isaac Newton and Stephen Hawking (his ashes) have been buried at the abbey.

Other interesting facts about Westminster Abbey 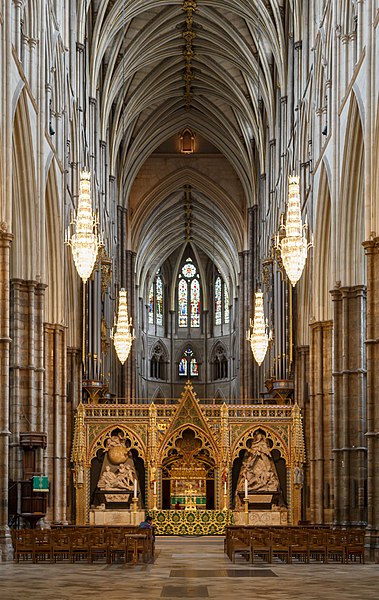 The interior of Westminster Abbey