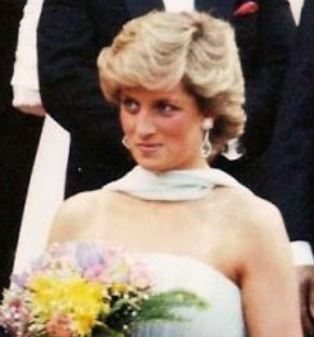 Remembered for her unrivaled devotion to several humanitarian causes across the world, Princess Diana (born Diana Frances Spencer) captured the hearts of millions of people throughout the last few decades of the 20th century. And even after her tragic death in 1997, her legacy remains firm not just in the UK but across the globe. In this article, Worldhistoryedu.com delves into the major events that transpired in the life of Princess Diana – a humanitarian revered as the queen of people’s hearts.

1969 – Divorce proceedings of her parents are finalized; Diana is placed in the custody of her father

1975 – Following the death of her grandfather, Diana is bestowed upon the title of Lady as her father becomes the 8th Earl of Spencer

1981 – On February 24, Diana and Charles, 32, announce to the public that they intend getting married

July 29, 1981 – Diana and Charles get married at St. Paul’s Cathedral; the spectacular ceremony was attended by close to 3,000 guests.

November 5, 1981 – Diana announces that she is pregnant with her first child

June 1991 – Diana is troubled by Prince William’s head injury; she stays beside her son for days after his surgery

August 20, 1991 – Diana visits her friend Adrian Ward-Jackson, who was suffering from AIDS

May 1992 – Diana: Her True Story in Her Own Words is published by journalist Andrew Morton

1995 – Diana and Dr. Hasnat Khan – a cardiac surgeon – become friends; they later enter into a relationship

November 20, 1995 – In an interview with Panorama, Diana lays it all out to the public about her fight with bulimia, depression and the pressure associated with being in the royal family

August 1996 – Diana and Charles finalize their divorce; the court awards her a settlement to the tune of $22.5 million and a yearly stipends of $600,000 to maintain her staff and other miscellaneous expenses

January, 1997 – Embarks on one of her charity projects which sees her support efforts to clear explosive mines dropped during the civil war in Angola

August 30, 1997 – Diana is involved in a horrific motor accident in Paris, France; her companion, Dodi Fayed, and his driver Henri Paul die on the spot as Diana is rushed to the nearest hospital (PItié-St. Salpêtrière Hospital)

August 31, 1997: The world receives news of the tragic death of Lady Diana, 36, after she succumbs to the injuries she sustained in the car crash

September 1, 1997 – Diana’s remains are brought to the UK by Charles and Diana’s sisters – Sarah and Jane

September 6, 1997 – The funeral ceremony of Lady Diana, also known as the “people’s princess”,  is held at Westminster Abbey; her remains were buried at the Spencer family estate in Althorp, England 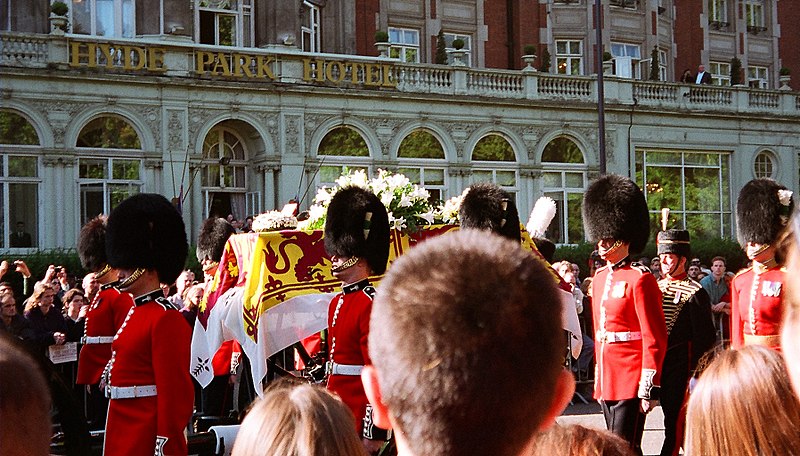