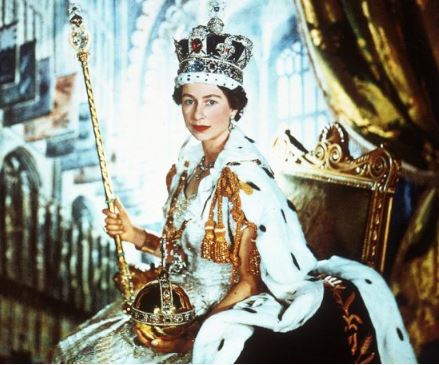 Why was Queen Elizabeth II so important? What were some of her major contributions to her nation and the world at large? Worldhistoryedu.com presents 10 major accomplishments of Queen Elizabeth II – Britain’s longest-serving monarch.

Most famous for – Longest-serving British monarch in history; and her apolitical approach to dealing with things

Loved by her country and millions across the world

In the past few years, many British royal family members – such as Meghan Markle, Prince Harry, Sophie, Countess of Wessex, Prince William, and Kate Middleton – have taken up the mantle and become extremely popular. However, none of that compares to the sheer amount of confidence and admiration that the British public, as well as the Commonwealth, have for Queen Elizabeth II.

Her tenacity displayed during patchy years in the 80s and 90s went on to solidify her claim as one of the greatest of British monarchs in history. Although she never granted a single interview all throughout her over 70 years on the throne, Elizabeth II never let her people down when it came to communicating heartfelt emotions. These, and many others, are some of the reasons why the Queen was beloved my many.

Credited with injecting vigor and vitality into the British monarchy

In a time where monarchies across the world seem to be losing steam and public appeal, Queen Elizabeth II steered the British monarchy into a path of continuous relevance and impact.

Born in 1926, you could say that the Queen saw it all: World War II (WWII), the Korean War, the Cold War, the Falkland Islands War, the Iraq War, and early ones like the Brexit crisis. In spite of all that, she showed nerves of steel in shepherding her country out of some pretty difficult situations. And even as Princess Elizabeth, she notably played a vital role in keeping the nation upbeat and strong during the Battle of Britain in WWII.

She was the longest-serving monarch in British history

Queen Elizabeth II holds the record of being Britain’s longest-reigning monarch. Succeeding her father King George VI in 1953, Elizabeth carried herself in a manner that befits a true monarch for well over seven decades. Her ability to keep up with the changing times earned her enormous praises from all corners of the world.

In terms of longevity on the throne, Elizabeth II beat her great great-grandmother, Queen Victoria, England’s second longest reigning monarch. It speaks volumes for a monarch to be regarded in the same light (or even better) as Queen Victoria.

Head of the Commonwealth 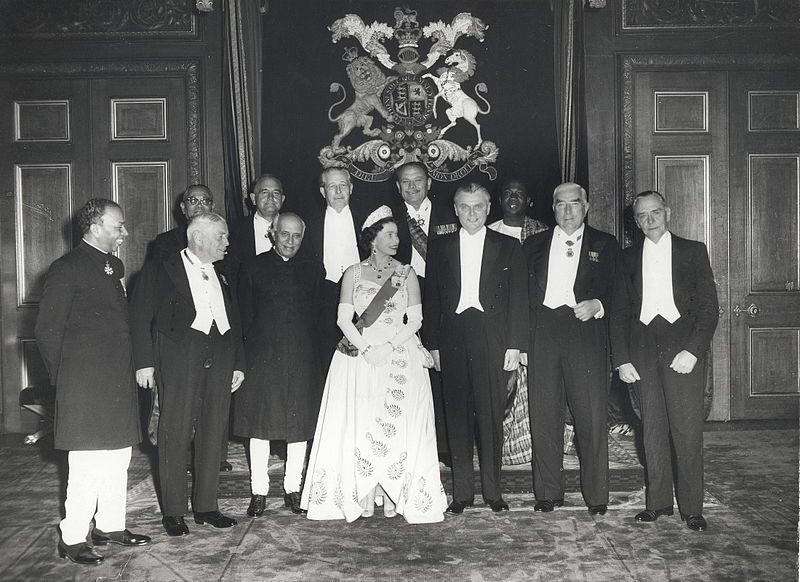 HM Queen Elizabeth II flanked by the Prime Ministers of the Commonwealth Nations, at Windsor Castle (1960)

The Commonwealth of Nations are a group of 54 independent countries (mostly former colonies of the British Empire) that work together to promote socio-economic and cultural ties among themselves.

It is estimated that the Commonwealth of Nations alone account for a third of the world’s population; majority of these countries are in Africa.

As head of the Commonwealth, the Queen has been instrumental in bringing several socio-economic benefits to those countries. For example, the Commonwealth Games, which is held every four years, is a global event that helps to promote corporation among those 54 nations using the power of sports. In some regard, it is almost like the Olympics. It has also been estimated that the her Royal Highness visited over 110 countries during her long reign as queen.

Weathered the storm during her “annus horribilis”

What did Elizabeth say to the years that marked her “annus horribilis”? Our guess is that she must have said something like “bring it on!”

Imagine having 3 out of 4 children of yours all divorcing in the same period? Now, throw in a few more misfortunes, say your home getting burnt; and then a few years later, losing your daughter-in-law in a freak accident. Unfortunately, those were the exact series of events that Elizabeth II went through during the early 1990s. She even termed that era (1992 to be specific) as her “annus horribilis”, meaning a horrible year in Latin. Three of her children – Prince Charles (now King Charles III), Prince Andrew, and Princess Anne – had their marriages bedeviled by enormous problems, hence, all three got divorced.

Elizabeth II was the best person to truly epitomize the term “what doesn’t kill you makes you stronger”.  She remained resolute all throughout those horrific events and guided her family into brighter days.

Served as important symbols for national identity and pride

Fast forward to the 21st century and you can’t help but notice how the Queen never ceased to inject high doses of commitment and passion into her job. A true matriarch of the royal family, Elizabeth II was responsible for making the monarchy once again relevant to the ideals and aspirations of the newer generations on social media. For example, she kept up with the trends of the fast-changing internet environment. In 1997, she launched a website that details the charitable activities and works of the royal family.

In order to show her support of digital communication platforms, she made her first tweet in 2014. Five years later, in March 2019, the Queen made her first Instagram post during her visit to the British Science Museum, London. Elizabeth II was always a big fan of healthy and constructive communication via tech tools. As far back as 1976, the Queen became the first monarch (also one of the first people in the world) to send an e-mail.

Up until 2013, the succession to the English crown heavily favored princes over princesses. What this meant was that princes were closer in line to the throne than their older sisters. However, this all changed in 2013 when the British Parliament enacted the Crown Act (2013). The act states that succession will be dissociated from the gender of those in line to the throne. This was a very empowering thing to do, and the Queen made sure that the act got passed. By so doing she championed gender equality and equality of opportunities in her country.  For example, the Queen’s great-grand child Princess Charlotte (the daughter of Prince William and Kate Middleton) is closer in line to the English throne than her younger brother Prince Louis.

Her reign saw the decolonization of several countries

Since 1952, Elizabeth has been the head of the Commonwealth, a group of countries and territories scattered across the world. Most notable of those countries were Canada, South Africa, Pakistan, Sri Lanka (formerly Ceylon), New Zealand, and Australia. From the early 1950s up to the 1990s, the Queen helped many of those countries in gaining independence or some sort of autonomy. This was particularly crucial in Africa, where virtually all of Britain’s colonies gained independence during her reign.

Although her role is largely ceremonial, it must be noted that Elizabeth II still serves as the head of state of about 15 countries (as of 2021), including Australia, New Zealand, Jamaica, and a few others.

In 1977, the Queen showed so much leadership during the Patriation process in Canada. The process resulted in Canada removing the sway the British Parliament had on Canadians. However, Canadians still kept the Queen as the head of state.

She survived a couple of assassination attempts

On June 13, 1981, a 17-year-old by name Marcus Simon Serjeant fired six shots at the Queen, who was by then riding a horse (a 19-year-old Burmese horse) during the Trooping the Color ceremony in London. Luckily, the shots that were fired were blank, and the Queen was not harmed. What is remarkable about this incident is the level of composure the Queen exhibited while being under obvious threat. Tried under the 1842 Treason Act, the assailant, who was by the way a former air cadet from Kent, was slapped with a five-year prison sentence.

Then in October, 1981, the Queen’s life came under another threat when she visited Dunedin, New Zealand. The assailant was Christopher John Lewis, a 17-year-old man, who was armed with a .22 rifle. Christopher fired a single shot from an empty toilet stall in a story building close to where the Queen’s convoy passed. Christopher missed and was immediately apprehended by the police. For his crimes, the deranged man was sentenced to three years in a psychiatric prison. He would later take his life while serving his time.

The first British Monarch to address the U.S. Congress

The relationship between the U.S. and Britain is one that has been described as unbreakable by many experts. However, it was not always like this, bearing in mind that America was once a British colony, and that the two sides fought against each other during America’s long-struggle for independence, i.e. the American Revolutionary War (1775-1783).

Therefore, Queen Elizabeth II’s address to the joint session of the United States Congress on Thursday, 16th May, 1991 was a very historic moment for both countries. By so doing, the Queen became the first British monarch to attain this feat.

In a 15-minute speech that received three rousing ovations, the Queen praised the strong cultural and economic bond between her country and the United States, siting the two countries continued cooperation in the Persian Gulf War.

Donning a purple and white hat, Elizabeth II began her speech with a slightly self-deprecating joke about her diminutive stature, which caused laughter to spread across the floor. She then moved to much serious issue, calling on politicians in both countries to maintain the harmony between Europe and America. She stated that greatest progress emerged when the two nations on different sides of the Atlantic acted in solidarity and unity.

Boosted the morale of Britain during WWII 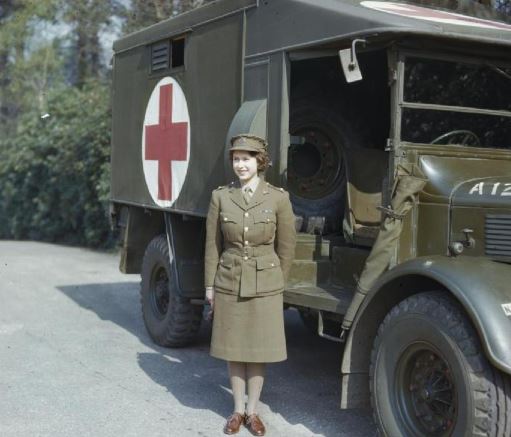 With the outbreak of World War II (WWII) in 1939, the Queen (then Princess Elizabeth) – who was in her early teens by then – was eager to contribute, in any manner possible, to the defense of her people. Due to her important role in the society, i.e. being the heiress presumptive, Elizabeth was able to lift up the spirits of children all across the nation. She periodically made radio broadcasts during the war in a bid to bring joy to her people. The first of such radio broadcasts came via the BBC (British Broadcasting Corporation) in a program called Children’s Hour.

As WWII heated up, she would go on to serve as a mechanic and then a driver in the women’s Auxiliary Territorial Service. Her bravery in the face of adversity was unmatched in her royal family.