Edward the Confessor: Biography, Interesting Facts and History about the Anglo-Saxon King of England 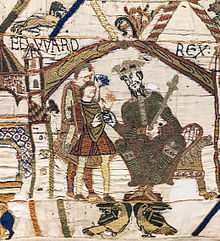 Generally seen as one of the last Anglo-Saxon kings of England, Edward the Confessor reigned from 1042 to 1066 following a long period of Danish rule in England. After the death of his half-brother, King Harthacnut, Edward inherited the English throne in 1043.

Famous for his quite unusual piety, Edward the Confessor was canonized by Pope Alexander III in 1161. Even though his death ushered in fragmentation of royal power in the nation, as well as the invasion of Normans led by William the Conqueror, Edward was praised for his resourcefulness.

However, he was seen as a very indecisive and spineless leader. This was revealed when he left no heirs of his own.

Parents: King Ethelred “the Unready” and Emma of Normandy

Siblings: Alfred, Godgifu, and many other half-siblings

Most famous for: Construction of Westminster Abbey; venerated by the Catholic Church in England and Wales, and the Church of England

Around 1003, Edward was born to King Ethelred the Unready and Emma of Normandy in Islip, Oxfordshire.

His mother was the second wife of Ethelred and the daughter of Duke Richard I of Normandy and Gunnor. Emma of Normandy would go on to become queen of Denmark and Norway through her marriage (1017-1035) to Cnut the Great.

Edward was the seventh son of his father, and the first son of his mother. On his mother’s side, he had two siblings (Godda and Alfred) and two half-siblings (Harthacnut and Gunhilda). 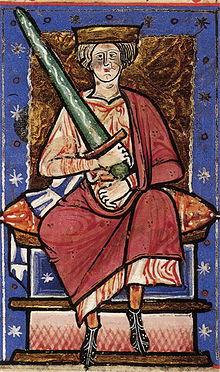 English king Æthelred, was the father of Edward the Confessor. |portrait: in an early thirteenth-century copy of the Abingdon Chronicle

He grew up in a time when England could barely get a respite due to the constant Viking raids carried out by Sweyn Forkbeard and his son, Cnut.

Edward and his mother and brother Alfred had to flee England following Sweyn’s seizure of the English throne in 1013. He and his family settled in Normandy, northern France.

Upon the death of Sweyn in 1014, some English nobles sent an invitation to Edward’s father King Ethelred to come back to England. His father would reign for an additional two years before dying in 1016. Edward’s older half-brother Edmund Ironside ascended to the throne; however, he reigned amidst an unrelenting onslaught from the Viking leader Cnut.

Upon the death of King Edmund in 1016, Cnut became king and had Edward’s older half-brother, Eadwig, killed. Edward found himself fleeing England for the second time.

While in exile in Normandy, he received help from Robert I, Duke of Normandy, who tried to invade England in 1034 in a bid to restore Edward to his rightful position.

In 1017, his mother married Cnut and bore two children – Harthacnut and Gunhilda. Edward’s half-brother Harthacnut was crowned king of Denmark upon the death of Cnut in 1035.

It has been stated that Harthacnut was so preoccupied with consolidating his power in Denmark that he neglected the English throne, leaving it to his mother and elder half-brother Harold Harefoot.

After receiving an invitation from his mother, Edward and his brother Alfred returned to England. His mother hoped to use them to counter the growing power of Harold. However, Alfred was captured by Godwin, the Earl of Wessex, who handed Alfred over to Harold. Alfred was then tortured by his captor; his eyes blinded with red-hot rods before ultimately killed by Harold.

Following his brother’s murder, Edward left for Normandy as Harold became king of England. Harold Harefoot ruled until his death in 1040 at which point Harthacnut returned to England to take the throne. King Harthacnut, Edward’s half-brother, then called Edward back to England to act as his heir.

Did you know: Edward the Confessor spent about 25 years in exile, living in Normandy? This explains why he was somewhat biased when it came to appointing Normans as advisors and courtiers.

Edward was crowned king following the death of Harthacnut in June 1042. His coronation ceremony was held at the Cathedral of Winchester on April 3, 1043.

He was offered support from the Earl of Wessex Godwin and Bishop Alfwine of Winchester on the condition that he maintained the laws of King Cnut.

Still a bit bitter at his mother’s lack of support of his earlier claim to the throne, Edward is believed to have seized her property in England.

Because of the initial support he received from the earls – Godwin, Siward of Northumbria, and Leofric of Mercia – Edward had to a tow a very fine line, least he risked offending those men.

Those earls had enormous influence in the kingdom; the Godwins in particular controlled virtually all of Southern England. In 1045, he even married Edith, the daughter of Earl Godwin, in order to seal a closer alliance with the Godwins.

Edward was not entirely the the calm and collected type; it’s been stated that he could fly into violent rages sometimes. In the first half of his reign, he quelled skirmishes supported by Scotland and Wales. In 1053, he killed the southern Welsh Prince Rhys ap Rhydderch and forced the Welsh leader Gruffydd  ap Llywelyn to swear an oath of loyalty to him.

Due to his slight soft spot for Norman culture, King Edward the Confessor was accused by the powerful earls in the kingdom of favoring Norman courtiers and Norman-style administration.

He snubbed a relative of Godwin and appointed Robert of Jumièges as Archbishop of Canterbury. Jumièges, a very influential advisor of Edward, then went on to accuse Godwin of plotting to overthrow Edward. The ensuing fallout caused the Godwins to go into exile in Flanders and Ireland.

The Godwins were humiliated even further when King Edward sent his wife Edith, daughter of Godwin, away into a nunnery.

About a year later, the Godwins marched into England with a large army. Because Edward could not secure the support of the Earl of Northumbria Siward and Earl of Mercia Leofric, he agreed to a peace deal with Godwin. Both parties feared the breakout of a civil war would ultimately leave England susceptible to an invasion.

The Godwins were restored to their old position, and King Edward subsequently withdrew from actively ruling the country. His wife Edith regained her status and was restored as queen of England.

Following the deaths of Godwin (in 1053), Leofric (in 1057) and Siward (in 1055), the surviving Godwins became even more powerful. With the exception of the earldom of Mercia, the Godwins ruled all of earldoms in England. King Edward could not be bothered by this sudden collection of power in the hands of the Godwins; Edward had started removing himself from active politics, preferring religious activities and hunting.

After a series of strokes, Edward the Confessor died on January 5, 1066. The following day, the king was buried in Westminster Abbey. Before his death, he and his wife Edith had arranged for Harold Godwinson, then Earl of Wessex, to be crowned king of England. On the very day that Edward was buried, Harold was crowned king.

Succession crisis and the Battle of Hastings

Because Edward the Confessor had no heirs of his own, England was plunged into a big conflict following his death.

There were four claimants to the throne. The four men were: Harold Gowinson, Earl of Wessex; William, Duke of Normandy; Edgar Atheling, Great-nephew of King Edward the Confessor; and Harald Hardrada, King of Norway. Three out of the four men vowed to fight, perhaps to the death, to be crowned king of England.

Then Duke of Normandy, William (later William the Conqueror) claimed that Edward had promised him the throne. Therefore, upon hearing that Harold Godwinson had succeeded Edward, William readied his army and marched into England.

The succession crisis pitted Harold against the Normans, who were led by William. William was supported by Harold’s brother Tostig and Harald Hardrada of Norway.

At the Battle of Stamford Bridge in September 1066, Harold Godwison defeated and killed Tostig and Harald Hardrada. Harold then marched his very exhausted troops to face William at the Battle of Hasting in October 1066. Towards the end of the battle, Harold was killed, causing his men to retreat.

After the win, William made sure to clear every snippet of resistance to his rule. He was crowned king of England on December 25, 1066. The Norman invasion of England was complete and William went on to earn the name William the Conqueror.

Historians blame Edward the Confessor for not properly handling his succession, stating that had Edward been clear on who his successor ought to be right from the onset, the Battle of Hastings would probably not have happened. 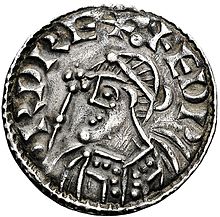 Over the years, the building has remained as one of the most famous religious buildings in not just England but the world in general. The building has served as the venue for the coronation and burial place for English and British monarchs. The first monarch to be crowned king in the abbey was William the Conqueror (in 1066). Since then all coronation ceremonies have occurred in Westminster Abbey.

Did you know: the Westminster Abbey is the first Norman Romanesque church?

Why was he called Edward the Confessor?

Starting around his exile years in Normandy, Edward had always gravitated towards a pious and unworldly attitude toward life. In the later years on the throne, he committed himself to religious activities. Historians have stated that he preferred those activities to even ruling.

Unlike most saints that suffered martyrdom, Edward the Confessor died of natural causes.

Other interesting facts about Edward the Confessor