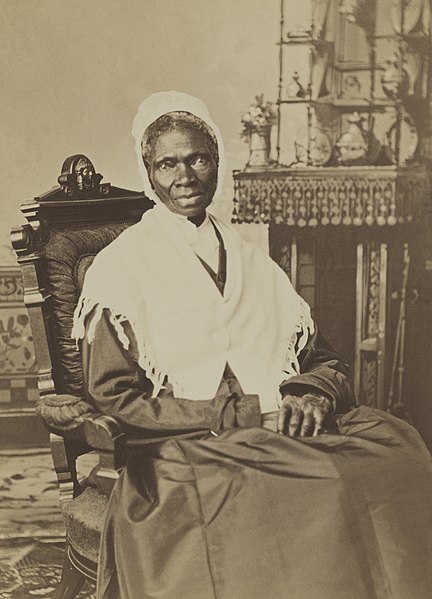 Born in New York in 1797, Sojourner Truth was a former slave who collaborated with a number of renowned 19th century activists all over the country in the fight for racial and gender equality before, during and after the Civil War. She is best known for escaping from the bondage of her abusive slave master and then going on to help countless blacks escape to freedom using the Underground Railroad. Sojourner Truth also made enormous contributions to the women’s suffrage movement.

Why is Sojourner Truth Significant?

Sojourner is also famous for giving several captivating speeches. Most renowned of those speeches was the “Ain’t I a Woman” speech she gave at the 1851 Women’s rights Convention in Akron, Ohio.

Most known for: “Ain’t I a Woman” speech; advocating racial and gender equality before, during and after the Civil War

How did a former slave, who could not read or write, become such an eloquent speaker? And how did she use her wit and intelligence to disarm the rowdiest of crowds?

Here’s a look at the life achievements of Sojourner Truth, one of America’s greatest abolitionists and civil rights activists.

Sojourner Truth escaped to freedom in 1826

After enduring harsh treatments, rapes and abuse from numerous slave masters, Sojourner Truth decided to escape to freedom in 1826.

In her thirties, Truth had already given birth to five children; one of her children – Diana (born in 1815) – was the product of rape by her master John Dumont. A year prior to the State of New York’s emancipation of slaves in July 1827, Dumont had promised to free Truth on the condition that she works very hard and stays faithful. However, Dumont reneged on his promise. Truth then took matters into her hands and broke free with her infant daughter Sophia.

Truth took shelter at the home of the Van Wagenen in New Paltz. Isaac and Maria Van Wagenen, who were Quakers, took in Truth and her child Sophia. Inspired by her bravery, the Van Wagenens paid Dumont $20 for his loss. Once the emancipation order took effect in the state, Sojourner became a free woman.

The reason she left her other children was because per the New York emancipation order the children were not free until they served Dumont into their twenties. Luck would shine on her after she discovered that her five-year-old son was sold by Dumont illegally to a slaver in Alabama.

Sojourner devoted her entire life to preaching against slavery

After a number of housekeeping jobs in the state, she changed her name from Isabella Baumfree to Sojourner Truth in 1843. By this time, she had also become a staunch Methodist. She desired nothing more than to travel the length and breadth of the country to preach God’s message – a message against slavery.

According to her, she was inspired by the voice she heard from God. As she travelled through the Connecticut River Valley, she developed quite a following and many people came to appreciate her passion for preaching.

Completely committed to the cause of the Union forces during the American Civil War, Sojourner Truth played a crucial role in the recruitment of black troops for the Union army. Even one of her grandsons, James Caldwell, enlisted in the Union forces, fighting in the 54th Massachusetts Regiment.

During the Civil War, she also worked at the National Freedman’s Relief Association in Washington D.C. She helped implement programs that did the world of good for thousands of African Americans. Sojourner’s commitment to ending slavery, as well as her commitment to the Union, earned her several praises in the nation’s capital. In October of 1864, she had the honor of meeting President Abraham Lincoln.

She was an eloquent public speaker and women’s rights advocate

Of all the memorable speeches Sojourner Truth gave in the 19th century, perhaps the most famous of them all was the one that came to be called the “Ain’t I a Woman” speech. She delivered that speech at the 1851 Women’s rights Convention in Akron, Ohio. There have been varied accounts as to how welcoming the audience at that event was.

According to an 1863 report by Frances Dana Barker Gage, the crowd was very hostile to Sojourner, hissing at her throughout the speech. Other eyewitnesses who were present at the convention beg to differ, stating that the crowd warmly received Truth and other leaders of the convention.

In any case, Sojourner’s speech on that day was full of her unwavering support of equal human rights for all gender and races. She was composed throughout the speech, as she communicated how crucial it was for discrimination to end in order to fulfill the goals of the Declaration of Independence – i.e. the right to life, liberty, and the pursuit of happiness for all Americans.

According to the 1868 account by Frances Gage, Truth repeatedly asked the question “Ain’t I a Woman?” to the audience. Her speech that day was so powerful that it would come to be etched in annals of American history.

Her first anti-slavery speech took occurred in 1844, when she was a member of the Northampton Association of Education and Industry in Florence, Massachusetts. It was in this group that she got introduced to abolitionists such as Frederick Douglass and William Lloyd Garrison. She joined forces with those abolitionists to promote women’s rights, religious tolerance and pacifism.