Great Facts about the Battle of Britain 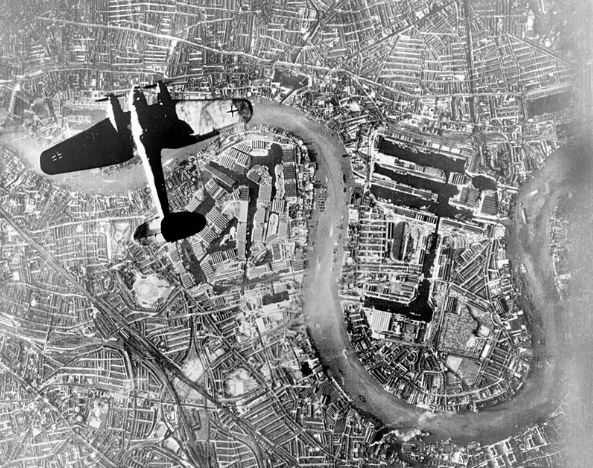 Facts about the Battle of Britain

In the months post the break out of World War II in 1939, Adolf Hitler’s side appeared to have secured significant victories during the early battles in France, Luxembourg, Belgium, and the Netherlands. Seeking to conquer Britain, the German Air Force (Luftwaffe) set forth to wreak havoc on Britain through air raids. This ignited the Battle of Britain – a predominantly air battle that was fought between the Nazis’ airmen and the UK’s air defense.

Having underestimated the capacity of the British air defense (the Royal Air Force – RAF), Adolf Hitler and his Luftwaffe Commander-in-Chief Herman  Göring mistakenly started a war he couldn’t end. In the end, Germany lost the Battle of Britain, plunging Hitler’s fate into disrepute for the remainder of World War II. The Nazi leader’s plot to invade the UK in a secret mission completely blew up in his face.

Facts about the Battle of Britain 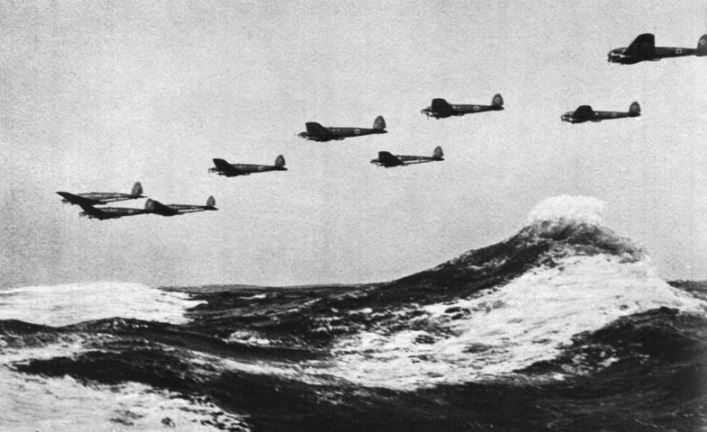 The German Air force, Luftwaffe, making their way into Britain across the Channel

British sources date the battle to have taken place between 10th July 1940 and 31st October 1940. Germans, on the other hand, date it to have occurred around July 1940 -June 1941. Both warring factions suffered huge losses of aircrafts and lives, but German losses were more severe. Here are some great facts about the Battle of Britain.

After the German conquering of France and other European countries, the UK stood lonely as the next mountain to be conquered by Hitler. But the problem was that Hitler was a longtime admirer of the UK, so he didn’t want to cross the UK’s military boundaries.

Instead of war, Hitler proposed to sign a peace deal with the UK. While some British politicians welcomed the peace idea, British Prime Minister Sir Winston Churchill stood firm and vowed not to stoop low to Hitler’s aggression. Allegedly, when the peace persuasion failed, Hitler decided to deploy air combats to the UK’s airspace.

The Germans were of the view that, by sending fighter aircraft to take over the UK’s airspace, the British would succumb to Hitler’s planned UK invasion termed “Operation Sea Lion”. 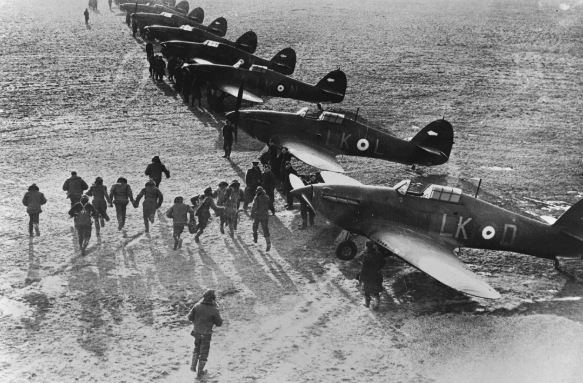 After World War I, Germans were technically banned from developing an air military. But upon Hitler’s rise to power, the crook didn’t pay heed to any of those commitments. Hitler resourced the German Air Force, the Luftwaffe,  to stand tall, the mightiest air force in the world at that time. Privy to the expansions and aggression of the Nazi regime, the UK’s Air Force (RAF) was revamped greatly during the late 1930s.

Under the command of Sir Hugh Dowding, the RAF had some of the high-performing fighter aircrafts such as Hawker Hurricane. It also had in its arsenal the Supermarine Spitfire. When the exchange of fire started, the RAF heavily dealt with Hitler’s Luftwaffe. Due to viable factory productions, British aircraft later outnumbered that of the Germans. The RAF shot down the German fleet, destroying aircraft and killing their pilots; Germany struggled to gain control of the British airspace. In the end, the Luftwaffe was defeated.

The British Had an Advanced Communication Network 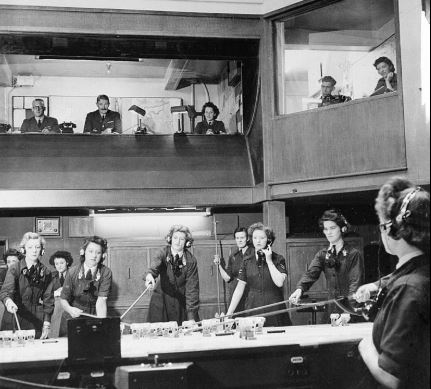 The RAF had access to a reliable air defense network known as the Dowding System. This gave the British airmen an upper hand over their German counterparts. The system took its name from chief Commander of the RAF, Sir Hugh Dowding. Using technological innovations, the network unified ground troops with air fighters.

The British divided its defense team into 4 groups. Each group had an operating room with the requisite military equipment. The operations room served as information centers, providing vital tips to RAF fighters as it tracked the Luftwaffe. Sector Stations and Groups Headquarters collaborated effectively and stayed in touch with RAF fighters through radio (radar).

The defense network helped the RAF team to judiciously use their provisions such as anti-aircraft machines. The adoption of this advanced network system played a big role that culminated in the British victory.

“We will fight them on the beaches” speech delivered by British Prime Minister Sir Winston Churchill on June 4, 1940

After France fell to Hitler in June 1940, Winston Churchill of the UK predicted the war in his speech to the House of Commons. According to Churchill, it was clear that the “Battle of Britain” was about to take place, since that of France was over.

Indeed, Hitler’s air Force visited British skies and started aiming at the coastal shipping yards. About a month into the air attack, the Luftwaffe diverted their attention to military bases of the RAF as well as British aircraft manufacturing points.  When that failed to yield desired results, the Luftwaffe shamelessly turned their wrath into British civilian communities. But thanks to Winston Churchill’s highly prepared Fighter Commands and Bomber Command, the British were able to annihilate a good number of the Luftwaffe forces. 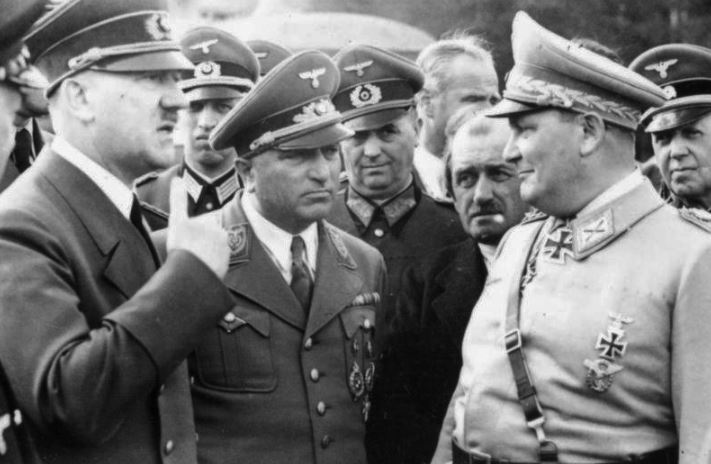 The aftermath of the war was nothing but tons of casualties and equipment losses. Post-war statistics showed that the Luftwaffe suffered huge aircraft losses of about 1,652. Out of that number, about 762 comprised single and double engine fighters. The RAF Fighter Command also incurred about 1085 aircraft losses, including 53 single-engine aircraft. About 376 Bombers and 148 aircraft of Coastal Command were also destroyed.

Had the air raid on British space been successful, Hitler’s next move was to invade Britain by land and sea. He intended to line up an army of 160,000 soldiers to close in on the coast of southeastern England. But as the war realities took a different dimension, Hitler was left stranded with no option than to quickly swallow his pride and cancel Operation Sea Lion.

The Germans couldn’t count any serious result from their daytime attacks, so they resorted to a series of nightly bombings on Britain. These night attacks were called the Blitz. On one day, about a 1000 Luftwaffe aircraft took to British skies and unleashed carnage on London.

The RAF Got External Support 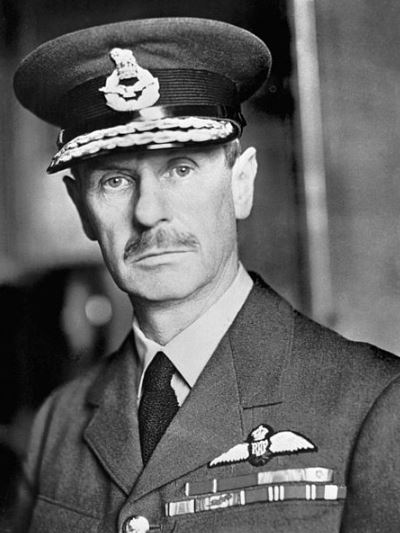 While Italy contributed bombers and fighters to the Luftwaffe fleet, the RAF airmen (aka “the Few”) also had military assistance from Commonwealth nations such as Australia, Canada, New Zealand, France, etc. America and Ireland also supported Britain in so many capacities.