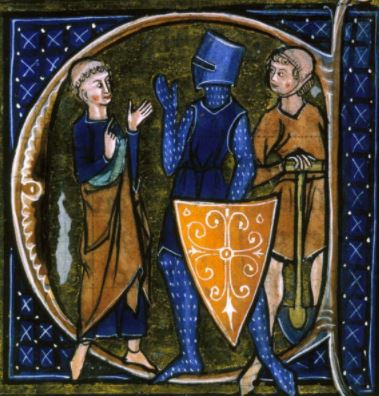 Here is a quick summary of what the Middle Ages were all about in Europe.  The article also includes a complete timeline of all the major events that characterized the Middle Ages, which is also known as the Medieval Era.

The Middle Ages refer to a period in history that spanned from the time Rome fell to the time the Ottoman Empire rose. What this means is that it lasted for about a millennium, from the late 5th century CE to the beginning of the Renaissance in the 15th century CE.

The Middle Ages was responsible for producing great empires and societies such as the Byzantine Empire, the Anglo-Saxons, The Franks and the Vikings. Some notable personalities of this time period include William the Conqueror, Emperor Justinian I, Genghis Khan, Charlemagne, and Alfred the Great.

The Middle Ages also introduced the world to some pretty horrific events such as the Black Death which killed several millions of people; the Hundred Years War; the Crusades; and the Wars of the Roses. The period was also a time rife with the feudal system of government and economics that saw peasants (or serfs) toil and break their backs in exchange for the protection given by their lords. Therefore unless one was a knight, a nobleman or even the king himself, life was pretty much difficult compared to the centuries that came after the Middle Ages.

Some of the most famous artists of the Middle Ages were the Italians Donatello, Ambrogio Lorenzetti, and Giotto.

The timeline below primarily outlines specific events that transpired in Europe during the Middle Ages.

476: After two centuries of relative peace and prosperity the mighty Roman Empire under “Pax Romana” crumbles ushering in centuries of no central government across Europe.

481: The Franks crown Clovis as their ruler who sets about to unite warring tribes formerly part of Gaul.

732: At the Battle of Tours, Europe comes together to halt the spread of Islam across the continent.

800: Charlemagne, the great leader of the Franks, is elevated to the honor of Holy Roman Emperor; also known as Charles the Great (Charles I) embarks on an ambitious exercise of bringing Western Europe together under his rule. By so doing, Charlemagne becomes the father of French and English monarchies.

835: Northern Europeans are blighted by the constant invasion of the Vikings (Scandinavian warriors that inhabited large parts of present day Denmark, Sweden and Norway.

896: A rising English king by the name of Alfred the Great etches his name in history by repelling the Viking invaders.

1066: William of Normandy crosses the English Channel and brings England to its knees in the Battle of Hastings; William is subsequently crowned king, becoming the first Norman king of England.

1096: With dwindling resources, rulers of Europe and the Church in Rome sanction the First Crusade, which opens the door for about two centuries of conflict between the Holy Roman Empire and the Muslims.

1189: England gets a new king in the person of Richard the Lionheart, also known as Richard the First.

1204: The beginning of the end of the Byzantine Empire as crusaders, who originally went to East to take Jerusalem, sack Constantinople.

1206: A new force rises in Asia, as the Mongol Empire is created by the mighty conqueror Genghis Khan.

1215: One of the most influential documents in history – the Magna Carta – is born in England.

1271: Famous explorer and trader embarks on his historical journey to Asia.

1300: Global average temperatures begin to plummet by about 1.5 degrees Celsius (or 2-3 Fahrenheit) in what historians like to call the Little Ice Age; the poor weather conditions brings enormous food supply challenges.

1337: France and England lock horns in a bitter conflict called the Hundred Years War, which lasts for 116 years.

1347: The Black Death sweeps through Europe, leaving almost half of the continent’s population dead.

1378: The Great Schism intensifies as Europe has two popes – one in France and the other in Rome.

1412: Joan of Arc – the French peasant who would inspire a distraught and leaderless France to fight against England – is born.

1431: Charged with heresy, Joan of Arc, 19, is burnt at the stake by England; her capture was facilitated by the Burgundians, rivals to Charles VII of France.

1444: The Middle Age receives a huge boost with the invention of the printing press by German inventor Johannes Gutenberg.

1453: One of the longest-running empires in history – the Byzantine Empire – falls to the Ottoman Empire.

1482: Europe gets its act together, bringing an end to the Middle Ages.

1492: Christopher Columbus “discovers” America; and the Renaissance, critical thinking and the age of exploration continues to gather steam.

Other notable facts about the Middle Ages