Christopher Columbus: 8 important facts that you probably didn’t know about the master explorer and navigator 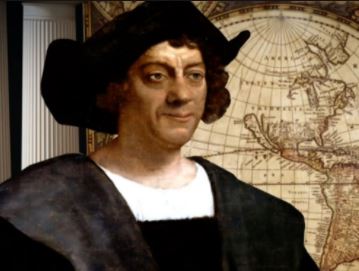 Every second Monday in October, Columbus Day, or as it is now popularly called Indigenous Peoples’ Day, evokes a lot of mixed feelings across our nation. We are torn between celebrating the perilous voyage the brave Italian explorer and navigator took to get to the shores of South America and feeling uncomfortable once we take into account the horrors the indigenous people suffered at hands of that same explorer. Therefore, which is which: was the Genoa-born explorer a ruthless invader or a courageous adventurer who brought the Western and Eastern Hemispheres together?

For years, Christopher Columbus struggled to secure funding for his ground-breaking voyage

Perhaps the only thing that came closest to the dangerous voyage that Columbus embarked on in 1492 was the uphill challenges he went through sourcing for funding for his American voyage. As we shall we see in the next fact, Columbus did not set out to sail to the Americas. His goal was to find an alternative route to Asia. Unbeknownst to many people, Columbus’ expedition plan was rubbished by many naysayers across Europe.

He would spend about a decade pitching to numerous financiers, including John II of Portugal, Henry VII of England, and Charles VIII of France; however, it was all to no avail, as many of monarchs considered his proposed route to Asia too far, risky and costly. After a series of enthusiastic appeals, King Ferdinand and Queen Isabella of Spain agreed to sponsor Columbus’ voyage. It was a win-win for both parties involved as Columbus’ patrons hope to use the new territories (i.e. the “New World”) to boost their power in the Europe and beyond.

Christopher Columbus’ voyage was not entirely an altruistic one

Make no mistake, the Italian’s quest to find western sea route to Asia was intended to make him extremely rich and powerful. As part of the deal with the Spanish monarchs, Columbus was entitled to holding 10 percent of all items, be it precious materials or slaves, from the new lands. The Spanish crown also promised to make Columbus not just the admiral but also the governor and viceroy of the newfound territories.

With that amount of wealth and power promised him, as well as the fame that awaited him upon completion of the task, Columbus was certainly a explorer not short on motivation.

Perhaps out of European ethnocentrism, Columbus was often revered as the explorer that discovered America. Such a statement totally ignores the fact that there were thriving civilizations across the length and breadth of the Americas for centuries, perhaps millennia, before Columbus sailed the Santa Maria to the Bahamas in 1492. At least, off the top of our heads we can mention the Incas, the Aztecs and the Mayans, all of who were renowned civilizations in their own rights.

Secondly, it is also an erroneous fact to say that Columbus was the first European to arrive on the shores of the Americas. A Norse explorer by the name of Leif Eriksson beat Columbus by about half a millennium. We know of this kind courtesy to the ruins of a Viking settlement that archaeologists discovered in Newfoundland in the 1960s.

So why isn’t the Leif Eriksson Day celebration on October 9 as popular as Columbus Day in the U.S. or in other parts of the Americas? Unlike the Viking explorer’s, Columbus’ voyage ushered in a new age for Europe, as it allowed European powers at the time to completely conquer the Americas in less than two centuries after Columbus’ arrival. Despicable and unpalatable as it may sound, in the eyes of European monarchs back then Columbus was unquestionably a hero; he had accomplished an arduous task equivalent to what today’s generation might see as splitting the atom.

Imagine being in the late 15th century in Europe, an Europe that was still in the process of making amends for the Dark Ages; then imagine planning to sail across an uncharted vast ocean in a wooden ship. That said; now, imagine constantly hearing the dampening words from advisors of leading European monarchs about how ludicrous that plan is.

Well, the above situation was exactly the hurdle Christopher Columbus had to overcome before he, 41, successfully defied the odds to land on the shores of the Americas. One bad wave or say a stormy night on the Atlantic could have ripped apart his wooden ships – the Santa Maria (nicknamed La Gallega), the  Nina and the Pinta. Therefore, looking solely at the journey that Columbus had to embark on, anyone would be right to revere the explorer as a hero and a pioneer explorer.

The idea that the earth was round and that one could go around had already been accepted by a majority of scholars in Columbus’ time. As a matter of fact, the ancient Greeks had already noted this idea in 5 BCE. Therefore, it would have been an outright waste of time and resources had Columbus sailed to the west just to prove that the world is indeed round.

Columbus’ goal was to discover an alternative sea route to Asia. The explorer lobbied all those years for funding so that he could become the first person to circumnavigate the world. It was that simple.

It would be an understatement to say Columbus scourged the people and the land of the Americas. Some scholars and historians prefer to use terms such as ethnic cleansing, crimes against humanity or say genocide. And they are right to a large extent.

After setting foot on Hispaniola on October 12, 1492, Columbus and his men went from smiles and handshakes to chopping off the limbs of the indigenous people who refused to be slaves. That was how quickly things took a turn for the bad for the natives, particularly the Taino people who initially traded peacefully with Columbus and his men.

Capitalizing on their inability to properly defend themselves, the explorer forced them into slavery, stating that “they were very well built…” and hence ideal to be his slaves. Throw in flogging, rape, wars, and executions, and then you have a full scale scourge that nearly made the Taino people extinct. It would not be out of place to describe Columbus as the Scourge of the “New World”.

And say an indigenous person somehow managed to escape all the violence and horrors inspired by Columbus and his men, infectious diseases like smallpox was guaranteed to kill him or her as there was no immunity.

He atoned for his brutalities in some way

Even though it was the 15th century, the Spanish monarch still found the level of violence perpetrated by Columbus against the indigenous people and rebel Spanish colonists to be too shocking.

The Spanish crown ordered for his immediate arrest in 1499. The famed explorer was bound in chains and returned to Spain to face the music. When he appeared before King Ferdinand and Queen Isabella, he admitted to some part of his cruelties. He did however state that some of the accusations were concocted up or exaggerated by his political foes, who sought to remove him from power in the region. In any case, the Spanish crown removed him from his governorship position.

King Ferdinand did not put Columbus behind bars though. Interestingly, the Spanish crown still went ahead to give some level of funding for Columbus’ fourth voyage to the Americas.

Columbus was born in Italy, but his true nationality and origins have remained a puzzle

After more than 500 years since Columbus’ voyage, it should be common knowledge of where exactly the great explorer was born. However, that is not often the case, as a number of countries did try lay claim to Columbus. Because Spain was the only country at the time that actually bankrolled Columbus’ famed voyage to the Americas, it is sometimes wrongly stated that Columbus was born in Spain. He may have had some family roots to Spain, but all the evidence so far seem to point to the fact that he was born in the region of Liguria in Northwest Italy. His birthplace, Genoa, was the commercial hub of Liguria. The city, which was by the way an independent city-state, had strong trading and cultural ties with many Spanish cities. This probably explains why some historians claim the explorer had Spanish origins.

Proponents of Columbus being Spanish state that the explorer tried to hide his Spanish roots because he was Jewish. And because of King Ferdinand and Queen Isabella’s animosity towards the Jewish and Muslim communities in Spain, Columbus probably tried as much as possible to disguise his Spanish origins. They also argue that evidence available so far suggests that Columbus did not use Ligurian – a language of Genoa, supporting the Spanish origin point.

There are also other theories that link Columbus to Scotland and Portugal. With regard to the latter country, the theory probably stems from Columbus’ extensive stay in the country and time working with many Portuguese merchant marines; the explorer, who according to a 2012 book by Fernando Branco was called Pedro Ataíde, even married a woman from a noble Portuguese family.