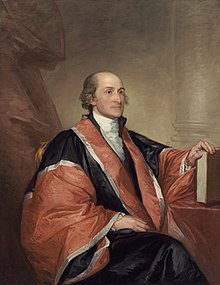 Achievements of John Jay, the first Chief Justice of the Supreme Court of the United States of America

In addition to being a prominent Founding Father, John Jay was the first Chief Justice of the United States of America. A leading expert on foreign policy, the New-York born lawyer went on to become one of the greatest statesmen in the nation’s history. Below, worldhistoryedu.com provides 10 major accomplishments of John Jay.

Cause of Death: Stroke 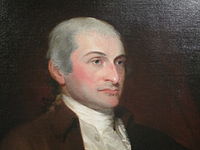 NOTE: The act also came to the rescue of freed blacks that were kidnapped and exported outside New York. In spite of his earlier trade and owner of slaves, Jay’s work during his time as governor of New York laid the foundation of the abolitionist movement in the North.

READ MORE:  History and Facts about the Supreme Court of the United States