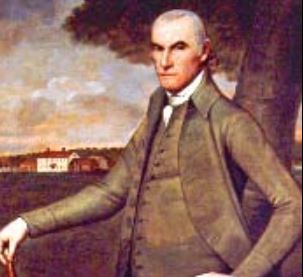 William Floyd was one of the brave American politicians whose efforts helped give birth to the United States of America. Representing the state of New York in the First and Second Continental Congress, Floyd was part of the team of 56 US politicians who signed the Independence document in 1776. His love for the US was seen in his sacrificial lifestyle; Floyd put his farming activities on hold and committed himself to the struggle during the Revolution. The article below covers in a succinct manner the biography of William Floyd. Additionally, it enumerates the top achievements of William Floyd.

On December 17, 1734, William Floyd was born at Brookhaven, Long Island. He was blessed with wealthy family background. Among his parents’ nine issues, he came second. Information from diverse sources show contradictions on the politician’s early education – while some sources believe he was largely homeschooled, others think Floyd attained a good formal education. Despite the contradictions, there is no doubt that Floyd’s education was affected in one way or another by his parents’ premature deaths. As one of the oldest children in the family, Floyd had to step up and take charge of the family’s large farm. He also looked after his younger siblings and managed the slaves owned by his family.

In 1760, William Floyd tied the knot with Hannah Jones. The marriage produced 3 children, comprising a son and 2 daughters.

These seven top achievements of William Floyd seek to paint a clear picture of who this New York State politician was.

In the years before the Revolution, William Floyd’s successful farming businesses earned him political prominence. His opinions became important due to the numerous social connections he had established through the management of his family farm.

On his way up the political ladder in New York state,  his town elected him as their trustee. He enlisted with the Suffolk County Militia; a short time later, he rose up the militia’s rank and became Major General William Floyd. As a general, he was among the ringleaders of the militia during the American Revolution.

Coming from well-to-do backgrounds, poverty was very far from the militia general. He owned a couple of luxurious real estate properties. The magnificent Floyd House in Westernville was a testament to William Floyd’s great achievements. Aside from owning the Mastic Beach estate, Floyd built the Westernville house in New York around 1803.

He later handed over the Mastic Beach asset to his son. At 69-years-old, Floyd reportedly moved into the state of New York to occupy his Westernville dream house. Long before he even moved into New York, he had spent almost 20 years buying luxurious real estate properties scattered around central New York.

A look at the Westernville house reveals massive improvements compared to his Mastic Beach house. With a large central hall, dining room, and a study room, the Westernville house is far bigger and taller than the Mastic Beach. All in all, it can be concluded that the general didn’t live a boring life inside his mansion. He certainly enjoyed his old age while generously serving Americans.

In the wake of British and Americans brouhaha, General Floyd aligned his feelings with the plight of the American Patriots. Being a good friend to all, Floyd kept himself in every possible position that would foster the road to Independence.

His leadership qualities won him the trust and admiration of New Yorkers – he was among those who ignited the torch in people’s hearts to stand firm for their rights. When a window of freedom came around the corner, New Yorkers didn’t hesitate to appoint William Floyd as their delegate to the Philadelphia-hosted first Continental Congress.

One of the Signers of the Declaration of Independence

Barely a year after attending the First Congress meeting, William was re-appointed to represent New York in the Second Continental Congress in May 1775. As a member of that body, Floyd worked to ensure that the strings of bonds that tied the American colonies to the British were all dissolved, paving way for liberty. Even though the dissolution of the bonds brought untold oppression and misery to the colonies, it was evident that Floyd and his Congress members were on their way to victory.

The Second Continental Congress achieved their biggest hit when its 56 members, including William Floyd of New York, endorsed the Declaration of Independence on July 4, 1776 at Philadelphia, Pennsylvania. By this declaration, William Floyd, John Hancock, John Adams and the other founding fathers successfully freed the 13 colonies from the colonial hands of the British.

Member of the 1st Congress

After the introduction of the new American Constitution, William Floyd’s good works secured him an appointment to the 1st Congress in 1789. He executed his duties in Congress until 1791, after which he went on to pursue other activities that were still of immense value to the budding United States of America.

Floyd’s political career reached a high around the time that he had a say in choosing American presidents. As presidential elector, he voted for presidential candidates such as George Washington (in 1792); Thomas Jefferson in 1800; and George Clinton. In 1820, William Floyd had another presidential voting right in the Electoral College. Unfortunately, he couldn’t honor that call, so his voting power was transferred to Martin Van Buren.

In 1795, Floyd vied for the position of Lieutenant Governor but lost the race to John Ray. Eight years later, in 1803, political power again found him when the state of New York elected him to their Senate. He served in that office for 6 years.

How Did William Floyd Die?

Towards the end of his political career, Floyd retired to his farm. In 1820, his name made the list of top slave masters in New York. On August 4, 1821, aged Floyd kicked the bucket.