The French Revolution Explained in Brief

The French Revolution is right up there as one of the greatest people uprisings to ever occur on the face of this earth. In several regards, it was not your typical or modern day type of revolution. The sheer level of  of brutality, executions  and internal rife that occurred back then certainly puts the French Revolution as a big contender of the most violent of revolutions in human history. However, out of this chaos also came the birth of several ideologies and political philosophies we currently see and use today.

Therefore, saddle up and let’s journey into 18th century France. There, we will take an event by event look at things that occurred before, during and after the French Revolution.

How did it all begin? 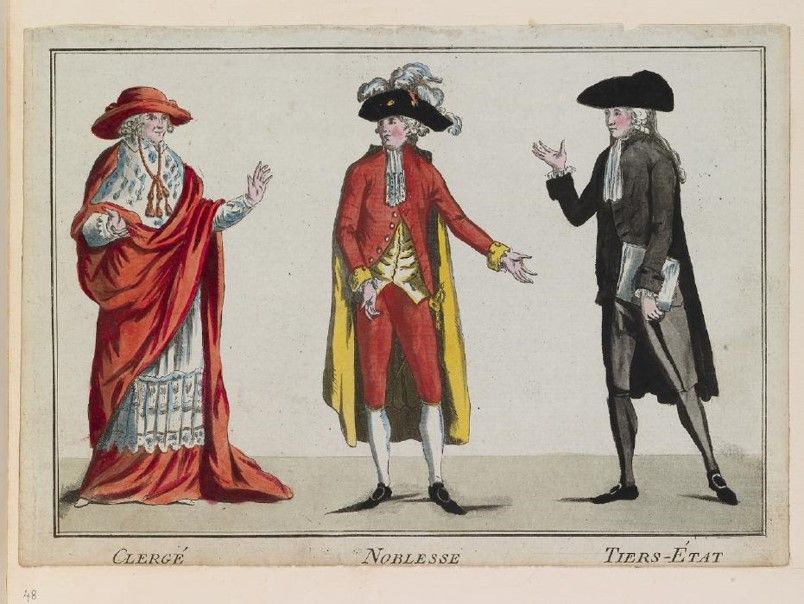 The Three Estates:  The Clergy, Nobles, and the Commoners

A political turning point took place in France from 1789 to the late 1790s. This was a massive political uprising that will later be called the French Revolution. The French citizenry (primarily the third estate) were fed up with the manner in which King Louis XVI and his cronies managed the nation’s economy. In essence, the French Revolution was a violent resentment towards the country’s monarchy (especially, the King Louis XVI’s wife, Marie Antoinette) and clergy. This was due to the poor management of the French economy.

The Revolution forced the French monarchy out, giving way for a republic. The political instability also created a vacuum for Napoleon Bonaparte to take over the affairs of France. Napoleon used his own principles to reign over Western Europe and other places across the globe.

The French Revolution was also inspired by liberal and radical ideologies whose fruits presented the world with a decline in absolute monarchies. The revolutionary conflicts spread globally throughout the Caribbean and the Middle East. A great number of historians highly rate the French Revolution as one of the most important political incidences in human history.

What and who were the agitators? 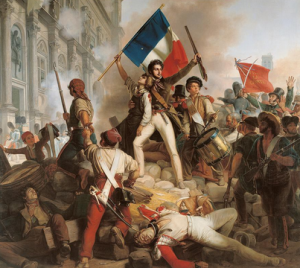 Many believe that the French Revolution was highly influenced by the American revolution.

Factors which triggered the French Revolution still remain complicated. Modern historians often debate about the causes of the Revolution.

The Seven Years’ War and the American Revolution were some of the events which preceded the French Revolution. History confirms that, the French government was highly indebted stemming from the numerous battles and wars it had waged against other European monarchs, especially in the North America.

In order to refill its treasury, the government implemented very regressive tax schemes that were economically detrimental to the poor and middle classes. Before the Revolution, there were reports of poor harvests for decades. This was further worsened by environmental problems and deregulation of grain industries. People belonging to the high social class (aristocrats) enjoyed privileges to the neglect of the lower class (the commoners).

Former U.S. president Thomas Jefferson once noted that the French Revolution was largely fueled by the American Revolution. Many historians agree with him in part. The lower class, also known as the Third Estate, were in the majority; however, their lot in life was the smallest compared to other estates of the realm. They simply wanted to replicate what the American Founding Fathers had done during the American Revolution.

In May of 1789, there were formulations of demands for change due to an intellectual movement known as the Enlightenment. Consequently, the Estates General held a convocation to respond to the economic crisis and the looming revolution. During the first phase of the revolution, people who belonged to the Third State (commoners) stormed the Bastille (a former prison in Paris) and ransacked it. This mob action occurred on 14th July, 1789. Thereafter, the Declaration of the Rights of Man and of the Citizen came into effect in August that same year. Feudalism was abolished as a result of the first stage of the revolution. In October that year, women also matched on Versailles and pushed the royal court to Paris.

Event by event analysis of the French Revolution

Since 1614, the population distribution of France had changed significantly. About 98% of members of the Third State was composed of non-aristocrats. Despite their gargantuan number, voting results did not favor them; the clergy (the First Estate) and the noble class (the Second Estate) still outvoted them during elections. The Third State started campaigning for equal counts of vote. They fought against the discriminatory veto voting. The aristocrats (nobles) were hesitant to relinquish their privileges. However, they endorsed economic and judicial reforms.

By the time the Estates General held their meeting at Versailles, public debates about the unfair voting processes had escalated to hostilities among the three social classes/estates. As a result of this, the authority of the king and meeting’s purpose were undermined. The Third State held another meeting on 17th June 1789 and re-titled itself as the National Assembly. They then took an oath at the Tennis Court and promised not to disband until a constitutional reform was achieved. King Louis XVI then angrily inducted all three classes into the National Assembly. 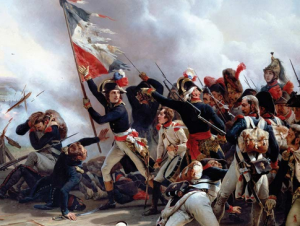 The revolution in France led to massive violence in the streets of Paris.

When the National Assembly met on 12th June at Versailles, tension and disturbances still rocked the capital of France, Paris. At that point, rumors of a military coup began to circulate. As previously stated, a major event that triggered the French Revolution was an insurgency which broke into the Bastille fortress. The rioters looted weapons and gunpowder. France still observes that day (14th July) as a national holiday. After the revolution was ignited at Bastille, a wave of turmoil traveled through the countryside. Revolutionaries rose up and resisted years of bad governance, discrimination and exploitation. Peasants targeted homes of tax collectors, landlords and all concerned officials. They looted and burned houses to the ground.

Taking into consideration the extent of the protests, the National Assembly adhered to the principles of Enlightenment thinkers such as Jean-Jacques,  Denis Diderot, and Immanuel Kant. It was at this point that the Declaration of the Rights of Man and of the Citizen was adopted. The Assembly prepared itself to replace the Ancient Regime with a fair system that prioritized freedom of speech, equality and a representative government. The National Assembly struggled to draft a constitution. In the meantime, the assembly already acted as a legislature during tough economic times. There were confusions about the fate of the King Louis XVI and the Roman Catholic clergy.

Eventually, a French constitution was drafted on 1st September, 1791. As enshrined in the constitution, the King still had veto powers and appointment of ministers. This monarchical constitution did not go down well with influential gurus like Georges Danton, Maximilien Robespierre and Camille Desmoulins. These influential and radical men called for a more republican constitution. Most importantly, they wanted King Louis XVI to abdicate and leave peacefully.

Radicalism continued in France in 1792. Extremists known as Jacobins, led an army of insurgents and attacked the royal palace in Paris. They captured the King on 10th August. Following months of continued violence, the National Assembly was replaced by a new authority called the National Convention. The Convention abolished the monarchy and established a full French republic. Tragically, they condemned and sentenced King Louis XVI to death for treason and state crimes. Louis XVI was beheaded with a machine known as the guillotine. Nine months later, the king’s wife (Marie Antoinette) was also killed by the same procedure.

Aftermath of the French Revolution

The king’s death did not end the revolution. The National Convention was overthrown by Jacobs and his men. There was bloody terror all across the country. Many ‘enemies’ of the revolution, as well as loyalists to the king, were guillotined. After the Revolution, Napoleon Bonaparte took control of France. On 9th November 1799, he staged a coup and appointed himself as the first consul of France. The Napoleon Era continued while the French Revolution ceased.