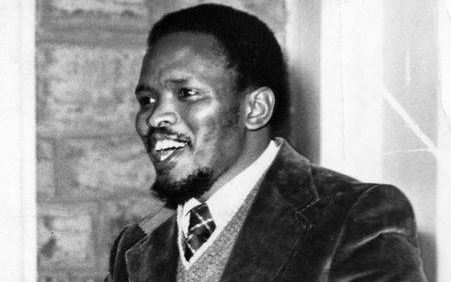 Steve Biko was a South African anti-apartheid activist who is best remembered for devoting his short-lived life to fighting against racial segregation. Steve Biko is renowned for co-founding the South African Students’ Organization (SASO) to promote the rights of Blacks. He spent the majority of his youth and significant amount of resources in fighting against the apartheid government. For example, such was his dedication to the cause of Black rights that he got expelled from many of the schools he attended.

His grassroots campaigns for universal suffrage and the empowerment of Black South Africans drew the ire of the authorities, resulting in him getting arrested many times. Biko called on all Blacks to take pride in their race (i.e.  through the adopted slogan “black is beautiful”) and eschew the pressure to maintain value systems of the white-minority. In 1977, Steve Biko sadly passed away after sustaining life-threatening injuries while in police custody.

Here are 6 important achievements of Steve Biko (1946-1977), the anti-apartheid activist and the leader of the Black Consciousness Movement in South Africa.

Although Biko was a huge fan of the Pan Africanist Congress and other African nationalist organizations, he reasoned that apartheid in South Africa could only end when all the racial groups (i.e. non-whites) unite to defeat the ruling white minority class. Starting at an early age while at a boarding school called St. Francis College,

Biko was irritated by the nature of the school’s administration. He voiced his resentment against the apartheid government.  Much of his inspiration came from pan Africanists such as Kenya’s independence fighter Jaramogi Oginga and Algeria’s Ahmed Ben Bella (later Algeria’s first president). 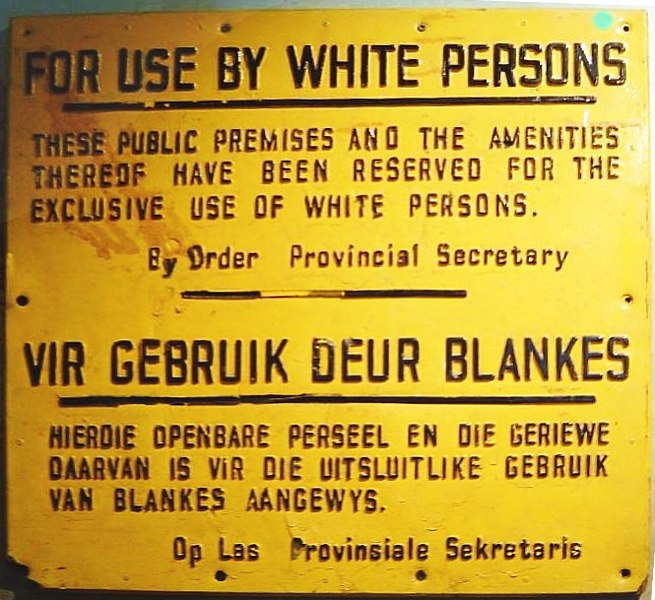 His activism started from quite an early age. As a matter of fact, he was dismissed from his high school for his activism. After he was expelled, he went on to study at St. Francis College in KwaZulu-Natal. He graduated in 1966 and attended the University of Natal Medical School.

He was active in student activism, participating in the activities the Students’ Representative Council (SRC). He was also a member of the National Union of South African Students (NUSAS), fighting vocally against the apartheid government’s perpetration of white minority rule and racial segregation.

Encouraged blacks to feel worthy of a better life

The students’ union was largely made up of white liberals, who Biko believed that could never understand the ills that black people had to go through in apartheid South Africa. He was particularly concerned by the fact that the NUSAS was financed by white students and liberals. What irritated him the most was that, black Africans were prevented from entering the very dormitories that took host to the parties organized by NUSAS.

Biko’s admiration for a multi-racial approach to ending apartheid in South quickly evaporated, making way for a “black” nationalist approach. He called on Black students to act and organize as an independent people and push against the oppressive and racist South African government.

He went on to advocate for the psychological empowerment of blacks. He stated on numerous occasions that the Blackman must abandon all beliefs passed onto to him by his colonial masters. Those beliefs he reasoned were mental chains that held the black race down in a life of no dignity. According to Steve Biko, the “Blacks” should feel worthy of freedom and aspire to greater heights.

Did you know: Steve Biko drew quite a lot of inspiration from the French West Indian philosopher Frantz Fanon and the African-American Black Power Movement?

Founded in July 1969, the South African Students’ Organization (SASO) was Biko’s way of placing “blacks” at the forefront in the fight against white-minority rule and racial segregation. Biko and the co-founders of SASO made sure that the organization was opened to only blacks; by blacks he referred to non-whites; meaning it included the likes of Indians and other non-white minorities.

Steve Biko’s South African Students’ Organization (SASO) worked hard to promote the rights of Blacks through the usage of student activities such as sports, cultural exchanges, debates, and other social activities. The group directed a significant amount of its resources in fighting against the apartheid government in South Africa. A year after its establishment, in 1969, Biko was elected the organization’s president – the first president.  Such was his dedication to the cause of Black rights that school’s authority panicked and expelled Biko from the university in 1972.

It must be noted that Biko categorically stated that he was against anti-white racism. As a matter of fact, he had several white friends and acquaintances, most notably Duncan Innes (former president of NUSAS) and Donald Woods. The latter went on to write a Steve Biko’s Biography in 1978.

The change in direction of activists like Biko from multi-racial activism to a Black Nationalist approach came as good news for the white-minority National Party. The NP as a matter of fact initially gave their tacit approval to the activities of SASO as it reinforced their goal of racial segregation.

Did you know: Perhaps owing to poor academic results, Steve Biko was expelled from the University of Natal? Some have attributed his dismissal to his activism in the South African Students’ Organization.

Promoted Black Consciousness among the people

The guiding ideology of Biko’s student organizations was the ideology of “Black Consciousness” – an ideology that encouraged Blacks to dispel the notions of race inferiority imposed on them for centuries by colonialists. Biko’s Black Consciousness Movement targeted the emancipation of the minds of Blacks. He and his fellow activists – such as Barney Pityana, Pat Matshaka (vice president of SASO) and Wulia Mashalaba (secretary of SASO) – believed that Blacks had to surmount the cultural, moral and psychological harm inflicted on them by white racists groups before they could step into their full greatness. The ideology was inspired by Black Power Movements and activists (notably Malcolm X) in the United States.

In simple terms, the Black Consciousness that Biko and the SASO preached was a way of life that was geared towards independent thought and critical reasoning.

Much of the work that Biko did as president of SASO was in the area of fundraising and recruiting activists to push the cause of the organization. In 1972, Biko voluntarily stepped down from his position at SASO, stating that he was passing on the mantle to a new crop of leaders. Biko was concerned that a cult of personality could build around him were he to stay longer as president of SASO.

After attending a conference in Edendale in August 1971, Biko and other Black Consciousness activists set about to establish the Black People’s Convention (BPC). The goal of the convention was to bring Black Consciousness to the masses. To the slight dismay of Steve Biko, the BPC, which was founded in July, 1972, excluded Coloured South Africans and Indians from participating.

The Convention appointed A. Mayatula as its president. Biko helped the Convention open up branches all across the country. About a year after its formation, the BPC could boast of more than 40 branches and a membership size of over 3500. Biko also tried to coordinate the activities of the BPC and SASO.

Biko and other Black activists set up the Black People’s Convention. As the leader of the group, Biko continued to call for the end of the apartheid regime. The group remained very relevant throughout the 1970s, working in cohort with other civil rights organizations in and outside South Africa. Their approach to spreading Black Consciousness was through the use of community programs (which were run by the Black Community Programmes) and healthcare centers. For example, they established a number of schools in the Ginsberg area.

Did you know: Steve Biko initiated talks with anti-apartheid organizations such as the African National Congress (ANC) in order to merge the activities of the BCM and the Pan Africanist Congress?

How did Steve Biko Die? 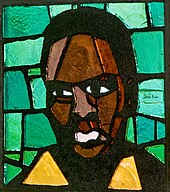 Steve Biko image on a stained glass window in the Saint Anna Church in Heerlen, the Netherlands

The ban on Biko put a huge strain on his personal life, affecting his marriage and his ambitions to get a law degree from the University of South Africa. He was also subjected to threatening phone calls and outright malicious attacks from unidentified people. His house was once shot up by unknown assailants. The ban on him also put enormous financial hardships on him, as he could not find any gainful job.

This ban on Steve Biko’s civil liberties somewhat curtailed the gains that were being his movement.  However, Biko circumvented this ban taking most of his operations underground, hiding away from the authorities. By the late 1970s, Steve Biko had been arrested and detained on several occasions.

On August 18, 1977, Steve Biko, while he was on his way from a political meeting in Cape Town, was taken into custody and locked up in Port Elizabeth, which is in the southern part of the country. He was charged under the Terrorism Act. The authorities also accused him of obstructing the course of justice and tempering with witnesses’ oral statements.

While in custody, he was interrogated for hours a day and subjected to the most inhumane conditions. On September 11, 1977, Biko, chained and stripped naked, was sent to Pretoria, South Africa. While in police custody, Biko was brutally assaulted to the extent that he had to be later sent to the hospital. The renowned activist and anti-apartheid icon succumbed to the injuries he sustained at the hands of the racist cops. Steve Biko died on September 12, 1977. He died of what doctors say was a brain hemorrhage.

Biko’s death came as a huge blow to BCM and the anti-apartheid movement in general. His death was received with huge outrage and protests in South Africa and beyond.

The international anti-apartheid icon was buried on September 25, 1977 in Ginsberg Cemetery, near King William’s Town. His funeral was attended by more than 20,000 people.