Greatest African Leaders of all Time

What does it take to go down as a great leader on the African continent? Perhaps it requires perseverance and dedication. What about responsibility? Surely, with enormous power comes great responsibility. The personalities we are about to explore had more to them than the above character traits. These African men and women had the highest sense of responsibility mixed with heavy doses of altruism.

Heroes and heroine of their times, these leaders were willing to put everything on the line to encounter the unknown and articulate change in Africa. Join us as we take a journey down memory lane to explore the 10 greatest African leaders of the contemporary era.

Nelson Mandela was one of Africa’s finest citizens and statesmen. He was a South African president (1994-1999) who fought against the apartheid political system in the country. As South Africa’s first black president, his government tackled key racial systems that segregated and tore apart the country’s diverse races.  Mandela was a revolutionary who got imprisoned on several occasions for his activism. When he was released, after 27 years behind bars, his African National Congress (ANC) party won the 1994 general election. Mandela forgave all his enemies and created reconciliation commissions (chaired by Anglican Archbishop Desmond Tutu) to probe past human rights violations. He won a Nobel Peace Prize in 1993 for his peace-loving life and the various projects and works he advocated for to end the brutal decades of Apartheid in South Africa. 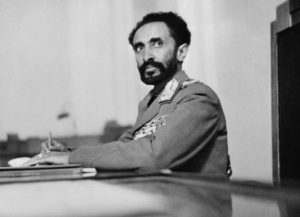 Haile Selassie, also known as Ras Tafari Makonnen, was an Ethiopian ruler and emperor from 1916 to 1974. Undoubtedly, Selassie was one of the biggest sons of Africa whose name can never be erased from history. Even at a young age, Selassie showed promising intellectual capacity. His intelligence quickly earned him political appointments from the Ethiopian emperor. Selassie eventually became emperor of Ethiopia upon the death of his father-in-law. During his reign, several schools were constructed, social injustice fell, and the security forces of the state were strengthened. Selassie used his immense influence on the continent to push for a more united Africa. He went on to build an extensive network of ties with African communities in the diaspora as well as other Caribbean islands. Up to this day, some circles within those communities (particularly the Rastafari community) often regard him as the reincarnated messiah.

Kwame Nkrumah is a highly revered Ghanaian politician who led the country in 1957 (formerly Gold Coast) to gain independence from the country’s colonial masters (Britain). One can conclude that he was the founder of Ghana, without being too wrong. Nkrumah was the first president and Prime Minister of Ghana. He was a Pan-Africanist who co-founded the Africa Union (A.U) (formerly the Organization of African Union). Nkrumah returned to Gold Coast after studying abroad for 12 years. He became a revolutionary who got arrested for causing political riots. His tenure as president saw massive developmental projects across the length and breadth of Ghana. Nkrumah’s legacy in Ghana, and even beyond, is unparalleled. 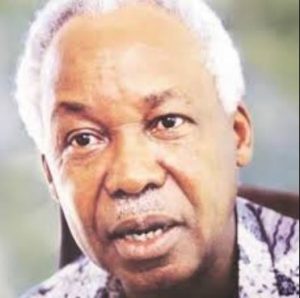 Julius Nyerere is another unforgettable hero of the African continent. He was the first president and Prime Minister of Tanzania (formerly Tanganyika). His rule as a statesman lasted from 1961 to 1985. As an intellectual who had masters degrees in economics and history, Nyerere was an African nationalist and a socialist. In 1953, Julius Nyerere co-founded the TANU (Tanganyika African National Union). As president of TANU, Nyerere piled a lot of pressure on Britain for self-rule and governance. His efforts finally paid off on 9th December 1961, as Tanzania gained independence. 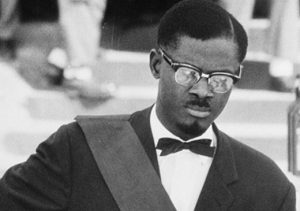 Lumumba was a revolutionary Congo politician who helped the country to gain independence. He was the first Prime Minister of the Republic of Congo (now called D.R. Congo) from July to September of 1960. He acquired Belgian citizenship and worked as the president of a Congolese trade union. When he came back to Congo, Patrice Lumumba founded the Congolese National Movement (MNC). Lumumba used Pan-African ideologies to push for independence for his country. Congo gained its independence from Belgium on June 30, 1961 largely due to Lumumba’s struggle. He garnered a lot of public support for his excellent personality and good communication skills. Sadly, Lumumba was ousted from office by Colonel Mobutu and later assassinated in January, 1961. The Congolese nationalist and Father of Congolese Independence Movement was just 35 at the time of his brutal execution. 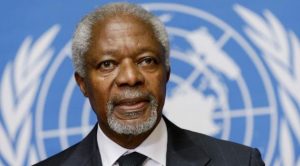 Kofi Annan’s name cannot be skipped in any important list of African leaders. Even though he wasn’t a mainstream politician, he was a world leader from Africa. Kofi Annan was a Ghanaian diplomat who led the United Nations (UN) as its 7th Secretary-General from 1997 to 2006.  When he was in charge of the UN, Annan tackled the HIV/AIDS pandemic in Africa. He worked to resolve a lot of conflicts in the world. He and the UN were awarded a Nobel Peace Prize in 2006. His post-UN Secretary-General years were also very successful. He served as special envoys and headed several organizations in countries such as Syria and Myanmar. The Kofi Annan Foundation, a charitable and global policy think-tank, is just one of the numerous legacy works that owe its existence to Annan.  In the early hours of 18 August 2018, news of Annan’s death broke out. The distinguished diplomat passed away at the age of 80. Annan will be forever be etched into our memories as a great leader who tirelessly fought for global peace and hunger eradication. 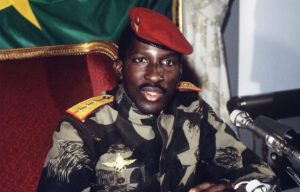 Thomas Sankara is widely regarded as one of Africa’s political heroes. He was a revolutionary who became Burkina Faso’s president from 1983-1987. Sankara was a strong Pan-Africanist and a supporter of Marxism. He is generally viewed as an icon of revolution or the Che Guevara of Africa. When he was 20, Sankara joined the army and got trained in Madagascar in 1970. That was where he observed how students revolted against the Madagascan government. This experience changed his life forever. Sankara returned to the Upper Volta in 1980. He went on to seize power in 1983 and changed the country’s name from Upper Volta to Burkina Faso. Sadly Sankara’s pursuit of growth, gender equality, and social justice came to an end in 1978. On October 15, 1978, Sankara was brutally assassinated at the age of 37 by his former friend (Campoare), in a military coup. 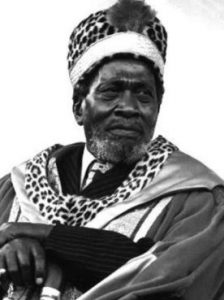 His name is one of the biggest in the history of African politics. Jomo Kenyatta was an anti-colonial activist who rose to become the first president of Kenya. He was also the first Prime minister of Kenya (1963-1964). Kenyatta played a big role in ensuring that Kenya freed itself from colonial rule. He was the front line politician in the Kenya National African Union (KANU). His ideologies are that of a nationalist and a conservative. Kenyatta also promoted peace between the country’s ethnic groups. He was the one who registered Kenya with the African Union. 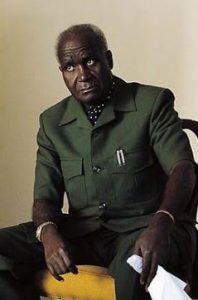 Kenneth Kaunda is a Zambian retired politician who became the country’s first president from 1964-1991. As a teacher by profession, Kaunda gained a lot of political experiences when he served as a Foreign Affairs interpreter and adviser in 1949. He worked under Sir Stewart Browne who was a liberal white colonist. Kaunda later joined the African National Congress and took top positions. He used peaceful protests and negotiations to secure independence for Zambia.

Africa’s first female head of state’s name cannot be omitted from this list. We still have some space to honor her and also to balance the political equation. Johnson-Sirleaf, commonly known as “Africa’s Iron Lady”, is a former Liberian president who was in office from 2006 to 2018. She is a Harvard graduate with an economics degree who fought hard from prisons and exile and became an inspiration to many young female politicians. By the way, she got a Nobel Peace Prize for laying a suitable foundation for women to establish their future.

The one thing that sets the above leaders apart was their unflinching pursuit of progress and peace on the continent. In spite of the enormous challenges that they faced, they always placed themselves at the forefront of developmental issues and prosperity in Africa.  The numerous  strides that Africa has made, in terms of gender equity and social justice, can firmly be attributed to the 10 great minds above.