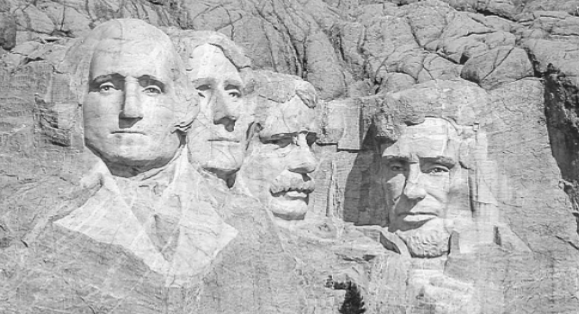 With close to three million annual visitors, Mount Rushmore National Memorial is indeed one of the liveliest tourist destinations in the United States. Aside from it being a 60-foot colossal monument, what else makes the four presidents’ faces (George Washington, Thomas Jefferson, Abraham Lincoln, and Theodore Roosevelt) carved into the Black Hills so captivating? And why were those four presidents’ faces chosen?

The article below contains everything you need to know about Mount Rushmore, it includes the location, dates, sculptors and total cost of the monument.

The financiers, sculptors and brains behind Mount Rushmore intended for the colossal monument to celebrate our nation’s successes over 130 years – the emphatic triumphs and progress made by a nation, which began as a lose association of British colonies only a century or so prior.

In the words of the sculptor – Gutzon Borglum – himself, Mount Rushmore is “our mark”. This mark, marvelous in every regard, draws in close to three million annual visitors from all over the nation and even from different countries. Visitors who make their way to the Black Hills of South Dakota to revel in the magnificent monument often leave with a fair understanding of the circumstances leading to our nation’s birth, growth, development and preservation. The faces sculptured on Mount Rushmore symbolize liberty and freedom of a country that keeps renewing itself year after year.

Who conceived the idea for Mount Rushmore National Memorial?

The idea to carve a national monument in the Black Hills of South Dakota came from Doane Robinson in 1923. A state historian, Robinson envisaged that a grand monument would boost the tourism sector in South Dakota. Robinson’s original idea was to carve American Western heroes – such as explorers Lewis and Clark (from the Lewis and Clark Expedition), and Sacagawea and Crazy Horse – into the Needles of the Black Hills.

Robinson proceeded to contract Dutch-American Gutzon Borglum, a sculptor of moderate acclaim. At the time, Borglum was working on a monument in honor of the South and the Confederacy – the Stone Mountain Project in Georgia. However, due to some disagreements with the sponsors of the project, Robinson pulled out and quickly took up Doane Robinson’s offer in South Dakota in 1924.

After surveying the Black Hills and the Needles, Borglum stated that the Needles in the hills would do a poor job holding the monument. Robinson’s original concept – Western heroes – also got changed into Presidents of the United States. The duo agreed on four US presidents – George Washington, Thomas Jefferson, Abraham Lincoln, and Theodore Roosevelt.

It was also agreed that the faces of those U.S. presidents would be carved into the Southwestern side of Mount Rushmore. Borglum wanted to produce a monument that every American will be able to relate with; hence those four presidents.

The two most notable figures who worked on Mount Rushmore

Borglum started carving Mount Rushmore at the age of 60.  He would go on to spend the last 14 years of his life carving and sculpting the colossal monument. During the construction, Gutzon Borglum was assisted by his son – Lincoln Borglum.

About 10 years into the construction, Borglum sadly passed away. The completion of Mount Rushmore was carried out by his son Lincoln. There were reports that Gutzon Borglum had business ties with a number of Ku Klux Klan (KKK) members. Many have claimed that Gutzon’s affiliations with those white supremacists was borne out of necessity, particularly when he needed funding for the Stone Mountain Project in Georgia. 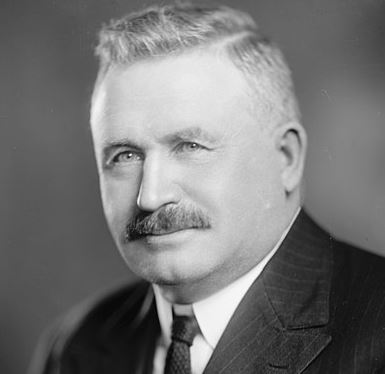 Other notable figures involved in the construction of Mount Rushmore included Chief Carver Luigi del Bianco. Historians have stated that the emotions we see on the monument were the handiwork of Luigi. He was indeed a brilliant artisan. Then there was also the onsite engineer, Julian Spotts. He constructed a tram that helped workers move easily to the top of the monument.

Why was Mount Rushmore chosen? 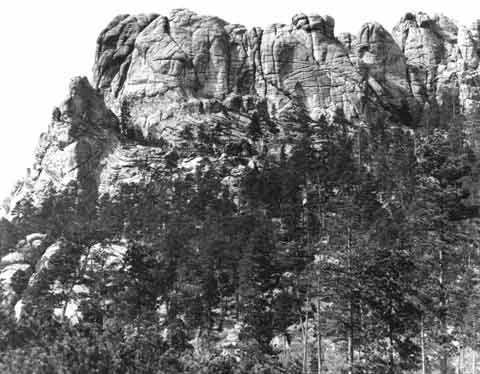 The Black Hills area was choosing by South Dakota historian Doane Robinson. His goal was to use the monument to promote tourism. And rightly so, the place has done exactly what the sculptors and designers intended for it. From the sculpting side of things, Mount Rushmore was chosen because of: 1. its grand location and 2. It faced the southeast, exposing it to the sun. Borglum reasoned that those two factors would make the monument look even grander.

On the flip side of things, the siting of Mount Rushmore on Black Hills has drawn immense outcry from many Native American tribes, particularly the original owners of the land, the Lakota Sioux. From their perspective, the monument is a distasteful and an eyesore to the heritage and culture of the Lakota people. Over the years, there have been calls for the removal of the monument from the Black Hills considering the fact that grounds there are sacred to the Lakota. To them, the monument symbolizes centuries of struggle and genocide that they had to go through at the hands of the invaders.

Back in April, 1868 the United States vowed (under the Fort Laramine Treaty of 1868) to keep its hands off the Black Hills. Thus the Black Hills became a site protected under the Great Sioux Reservation.  However, that all changed after gold was discovered on the land. The ensuing mad rush (gold rush) forced the area to fall back into the hands of white settlers. As a result, the territory fractured. Realizing how rich the area was, the United States ripped the land off the Sioux. Several hundreds of Sioux tribe members, including defenseless women and children, died in the battle (i.e. the Wounded Knee Massacre) that followed. By the latter part of the 19th century, the U.S. had brought the area under its full control.

It is a complete paradox in the sense that on the one hand, the monument symbolizes the growth and stellar accomplishments of Americans. On the hand, and rightly so, the monument is one steep deep in bloodshed, considering how our nation acquired and desecrated a sacred land dear to another group of people. This assertion is no way taking anything away from Mount Rushmore’s sheer beauty and the sculpting abilities of Gutzon Borglum.

How did Mount Rushmore get its name?

In June 1930, the US Board of Geographic Names officially named the mountain Mount Rushmore. However, the name of the mountain came before the famous carving of the four presidents’ faces.

Historians state that mountain’s name was derived from the name of Charles E. Rushmore – a New York City attorney who worked for a mining company in 1884. His mining company – Harney Peak Tin Mining Company – was very active in the Black Hills area.

When the time came to carve the four U.S. presidents’ faces into the mountain, Charles Rushmore donated quite a sizable amount of money to the project.

Long before our nation started calling it Mount Rushmore, the mountain did indeed have a name – a number of names actually. To the Lakota (Sioux), the mountain goes by Igmu Tanka Paha (“Cougar Mountain”) or Tunkasila Skpe Paha (“Six Grandfathers Mountain”) or Paha Sapa (“the heart of everything that is”).

Mount Rushmore stands at 5,725 feet (about 1,745 m) above sea level. The heads of the presidents each span about 60 feet. At that height, each head on the monument is the equivalent to the height of a six-story building high. The eyes on the sculpting measure 11 feet across; and their noses are about 20 ft long. Regarding their mouths, that figure is 18 feet wide.

How important is Mount Rushmore?

Also known as the “Shrine of Democracy”, Mount Rushmore occupies an important place in our nation. Regardless of what political aisle one finds him/herself, the faces on Rushmore and the ideals those presidents thrived to attain are things that every modern society and democracy desires.

Regardless of the individual flaws each President on Mount Rushmore might have had (i.e. Washington and Jefferson were slave holders), Mount Rushmore – America’s symbol of artistic accomplishment – still communicates profound ideals that we as a nation must hold on to.

Other Interesting Facts about Mount Rushmore