Who and where are Malcolm X’s Children?

In all, Malcolm X fathered 6 children (all girls) with his wife, Betty Shabazz. They are Attallah , Qubilah , Ilyasah , Gamila Lumumba, Malaak and Malikah. The last two girls are twins (Malaak and Malikah). They were born after Malcom X’s death. 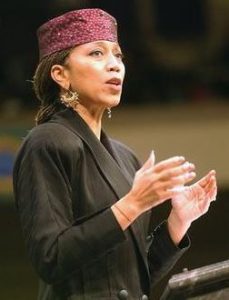 Born in November 1958 in New York City, Attallah was the 1st child of her influential parents. In Arabic, Attallah means God’s gift. As their eldest daughter, she was about 6 years-old when her father, Malcolm X, was murdered in cold blood right in her presence. Unlike her dad, Attallah was fortunate enough to have grown up in a racially tolerant community and slightly more civilized society. Her early education took place in an Islamic school in Manhattan.  In her teen years, she enrolled at the United Nations International School. Attallah defied external attempts to usher her into militancy. By profession, Attallah is into acting, writing and motivational speaking.

Born on 25th December 1960, Qubilah is the second daughter of the influential Muslim civil rights activist. 5-year old Qubilah was also present when her father was murdered as he was about to deliver a speech at a gathering of the Organization of Afro-American Unity (OAAU) in Manhattan, New York. Malcolm X named Qubilah after Kublai Khan – a Mongolian emperor. She is an alumna of the United Nations International School. Qubilah dropped out from Princeton University after studying there for two semesters. She quit Princeton and left for Paris (Sorbonne) because of racial abuse and discrimination. At the same time, she didn’t want to involve herself in the activities of the black community. Qubilah and her mum, Betty Shabazz, developed a hatred for Louis Farrakhan (a man who was largely blamed for the death of Malcolm X). In 1995, Qubilah was arrested over her involvement in a plot to kill Louis Farrakhan. She underwent a 2-year treatment for substance abuse. This kept her away from a prison sentence. 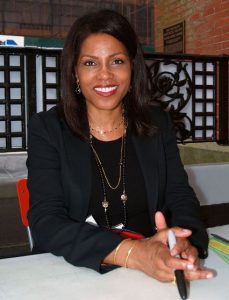 Ilyasah is the third daughter of Mr. and Mrs. Malcolm X. Ilyasah was born on 22nd July 1962 in Queens, New York. She was just two years old when her father was assassinated in her presence. Ilyasah has said in numerous interviews that she can’t recollect the chain of events that ended her father’s life on that day. This was due to her tender age at the time. Ilyasah’s name derives its origin from the first name of the head of Malcolm X’s first Muslim group; Elijah Mohammad.

Ilyasah was brought up in a racially friendly community in Mount Vernon, New York. She had her higher education at the State University of New York and Fordham University, where she obtained a master’s degree in Education and Human Resource Development. Even though Ilyasah wanted to pursue an acting career, her mum convinced her to study more about her father’s legacy. Today, Ilyasah finds herself in careers such as writing, activism, and motivational speaking. She has written award-winning children’s books and novels.

In 2002, the motivational speaker co-authored a book (with Kim McLarin) titled, “Growing Up X”. In the book (memoir), Ilyasah talks about what it was like growing up with the name “Shabazz”. She goes into detail and explains the strong bond that existed between her parents – Malcom X and Betty Shabazz 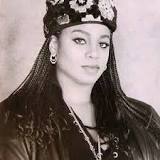 Born in 1964, Gamila Lumumba is Malcolm X’s fourth daughter. Her father named her after Congolese independence leader, Patrice Lumumba. In 2018, Gamila and her five other siblings set up a clothing line that went by the name Malcolm X. Gamila Lumumba has also been involved in a host of community organizations. She has also engaged singing and the production of music that contains powerful black consciousness lyrical content. 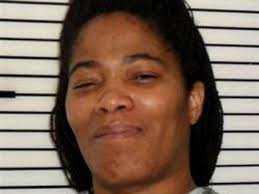 Malikah is one of the twin daughters of Malcolm X. Malikah and her twin sister Malaak were born on September 30, 1965, just a few months after the assassination of Malcolm X.  Unlike her other siblings, Malikah’s adult life has been fraught by a number of personal and financial difficulties. In 2017, for example, Malikah and her daughter Bettih Shabazz were arrested in La Plata, Maryland, on charges of animal cruelty and car theft. Authorities found the duo traveling in a stolen vehicle that had pit bulls locked up in the trunk of the car.  About six years before that incident, Malikah pleaded guilty to identity theft. She was slapped with a sentence of 5 years probation.

Malaak Shabazz is the twin sister of Malikah Shabazz. In addition to her periodical lectures and community outreach programs, Malaak has joined forces with her other siblings to spread the message of Malcolm X using several channels, including their 2018 clothing line, Malcolm X. Malaak has also been involved with a plethora of international organizations that promote human rights. She has been very active in the women’s right movement in the States.