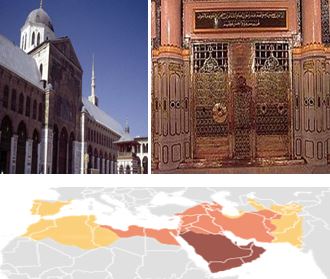 It is a well known fact that the Islamic Empire began around the 6th century CE and ended in the early parts of the 20th century when the Ottoman Empire fell. For those fourteen or so centuries, the Islamic Empire was a force to be reckoned with in science, arts and culture as it covered a significant portion of the earth’s surface. Its early period coincided with the dark ages of Europe, allowing the Islamic Caliphate to expand into places all the way in mainland Europe and the Indian subcontinent.

The article takes a quick dive into the history of the early Islamic world as well as its numerous contributions in terms of religion, science, art and culture.

Islam, the religion that dominates the Islamic World, was founded in 610 CE by the Islamic Prophet Muhammad. It is believed that the prophet was called to submit to will of God (Allah) after miraculously taking receipt of divine words and revelations.

The Prophet Muhammad, also known as the final prophet of God in Islam, was born around 570 CE to Abdallah Ibn Abd al-Muttalib and Aminah bint Wahb. His family hailed from the Banu Hashim clan, which was part of the very influential Quraysh tribe of Mecca in western Arabia.

Prior to Muhammad’s rise, the tribes in Arabia were polytheistic and had a very nomadic way of living. Muhammad would turn his back on paganism and adopt similar monotheistic doctrines from the Jews.

Around the age of 40, Muslims believe that Muhammad encountered the divine while meditating at Mount Hira. The divine revelations that he received via the Abrahamic angel Gabriel would go on to be compiled into the Holy Qur’an. From then onward, Muhammad started preaching against paganism in Mecca. He was also very critical of the economic and social injustices that were rampant in the city.

Steadily, Muhammad developed a large following in spite of the fierce resistance that came from scholars and elites in the city of Mecca.

In 622, Muhammad and his followers would move from Mecca to the city of Yathrib (presently known as Medina), where there established a strong base. His migration to Medina was as a result of the loss in protection that came with the death of his uncle Abu Talib.

Some Islamic historians reason that his migration (the hijra) to Medina marked the beginning of the Islamic era.

Unlike the Meccans, the inhabitants were a bit more accommodating to Muhammad’s Islamic teachings and appeals for social justice. His appointment as an influential jurist and arbitrator in the city of Medina give him the opportunity to propagate the message of Islam to the city’s dwellers.

In the years that followed, Muhammad took advantage of the conflict between the Jews in Medina and the Meccans. By 629, he had successfully outmaneuvered the leaders of Mecca and secured their loyalty. As his sphere of influence expanded in the Arabian Peninsula so did the message of Islam.

The Prophet Muhammad was very skilled at reaching political and religious agreements with many of the tribal chiefs in the region. Historians reason that under the leadership of Muhammad, those tribes became politically united and submitted to the teachings of Islam, forming a growing and powerful Islamic empire.

The Rashidun Caliphate reached its greatest extent under Caliph Uthman, in 654

With more and more tribes in the region acknowledging his tag as the Last Prophet, Muhammad spent his later years building the pillars upon which the Islamic government would be formed.

After Prophet Muhammad’s death in 632, leadership of the Islamic state (i.e. Caliphate) passed on to Abu Bakr, a long-time friend and devout follower of Muhammad. Not only was Abu Bakr the first caliph, i.e. the Islamic leader of the Muslim world (unmah), he was also the father-in-law of Prophet Muhammad.

Did you know: Through Abu Bakr’s daughter Aisha the Islamic prophet Muhammad was the son-in-law of Abu Bakr, 1st Caliph of the Rashidun Caliphate?

Caliph Abu Bakr ushered in the Rashidun Caliphate, the first Islamic caliphate. He was also considered the first of the four Caliphs (the “Rightly Guided” Caliphs) that had very close relationship with Muhammad. The other three caliphs were Umar, Uthman and Ali, who all followed in the footstep of Abu Bakr in stretching the Rashidun Caliphate beyond the Arabian Peninsula into areas in the Byzantine and Sassanian empires.

Following the assassination of Caliph Ali in 661, the Rashidun Caliphate made way for the Umayyad Caliphate (661-750). And then the Abbasid Caliphate (750-1517) and finally the Ottoman Caliphate followed.

The first Islamic dynasty was established by Caliph Mauwiya I, the first caliph of the Umayyad Caliphate. By the turn of the 8th century, the Umayyad Caliphate had grown so large that its boundaries stretched from Iberian Peninsula in the west to the Indus in the east.

During this period the Islamic world made tremendous progress in science, culture, education, arts, literature, music, and other disciplines. The period, which lasted from the 8th century to the 13th century, could boast of the famous scholars and polymaths Ibn al-Nafis, Ibn Rushd (Averroes), physician Al-Zahrawi (also known as Abulcasis), Ibn Khaldun and ibn Musa al-Khwarizmi.

Abbasid rulers also moved the capital from Damascus to Baghdad; thus making Baghdad arguably the most important city in the world at the time. The city was famous driving intellectual and cultural renaissance of the Islamic world.

It must be noted that while the Islamic world was experiencing tremendous growth in culture, science, mathematics and philosophy, the continent of Europe was not faring so well. Europe was still reeling from the fall of the Western Roman Empire in the 5th century; Europeans were in what many historians like to call the Dark Age. 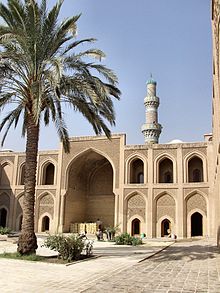 Considered one of the oldest universities in the world, the original Mustansiriya Madrasah was established in c. 1227 by the Abbasid Caliph Al-Mustansir| Image: Mustansiriya University in Baghdad

Mongol invasions of the Muslim world

Islamic Golden Age lasted for about five hundred years before adversities began to come the way of the Abbasid Caliphate.

The 13th century saw the Islamic world lose its footing in northern India as the Delhi Sultanate had risen in power. The Abbasids also had to contend with the rise of Turkic dynasties around the borders of the Byzantine Empire in the 11th and 12th centuries.

Perhaps the biggest threat to the Muslim world during the Middle Ages came from the Mongols, whose conquests and invasions lasted between 13th and 14th centuries. The Mongol Empire, the largest contiguous empire to ever exists, were so devastating in their invasions that they kept eating into territories of the Muslim world. For example, the city of Baghdad was sacked in 1258 by the Mongols.

Mongol invasions also brought along the Black Death, which wiped a significant portion of the population in the Islamic world.

More: Everything you need to know about Genghis Khan, the founder and first great khan of the Mongol Empire

As the Ottoman Turks started gulping up Turkish-speaking Muslims, the Abbasids would make way for a new Islamic Caliphate to develop in eastern Anatolia. As early as the mid-14th century, the Ottoman sultans had begun declaring themselves caliphs of the Islamic world.

After the Ottoman Turks captured Constantinople (in 1453), the capital of the Byzantine Empire, they went on to dominate the Islamic world for at least 600 years.

In 1517, the Ottoman Empire (under the leadership of Selim I) incorporated the Sultanate of Cairo into its vast and expanding empire. After successfully unifying the Muslim world, the sultans of the Ottoman Empire made Constantinople (present-day Istanbul) the capital of the Islamic Caliphate.

Demise of the Islamic Caliphate

The Ottoman Caliphate was dealt a crushing blow following the 1919 Treaty of Versailles and the Treaty of Sevres in 1920. The latter treaty sliced up the Ottoman Empire, giving the Greek nation a significant hold in the region post World War I.

The final nail in its coffin came on March 3, 1924, when Mustafa Kemal Atatürk, Turkey’s first president, abolished the caliphate. The National Assembly of Turkey (i.e. Turkey’s parliament), absorbed the powers of the caliphate.

All throughout the late 1920s and early 1930s, there were failed attempts by some influential rulers in Muslim countries to revive the caliphate. Those rulers quickly realized that many Muslim countries in the region were anything but interested in subjugating themselves to the authority of a new caliphate. 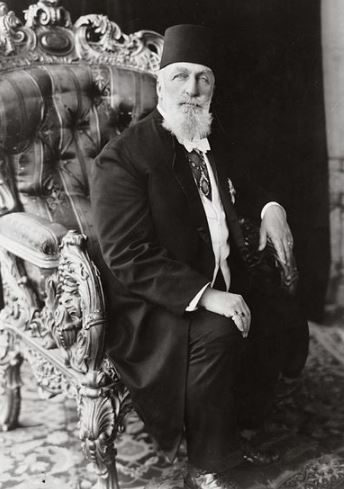 Caliph Abdulmejid II, the last Caliph of the Ottoman Dynasty

Regardless of the era or dynasty, leaders of the Islamic world have constantly made sure that their religious practice never used human figures or paintings. This is to prevent followers of the faith from descending into idolatry practices.