In Greek mythology, Atlas god was a Titan who literally carried the heavens on his shoulders. Imagine the strength and endurance one needs to have in order to pull off something like that. For starters, the Titan Atlas was not always bound to such a challenging predicament. To fully understand who Atlas was in Greek mythology, it is important we explore some crucial myths and facts about Atlas – the Greek Titan god of strength, endurance and astronomy. 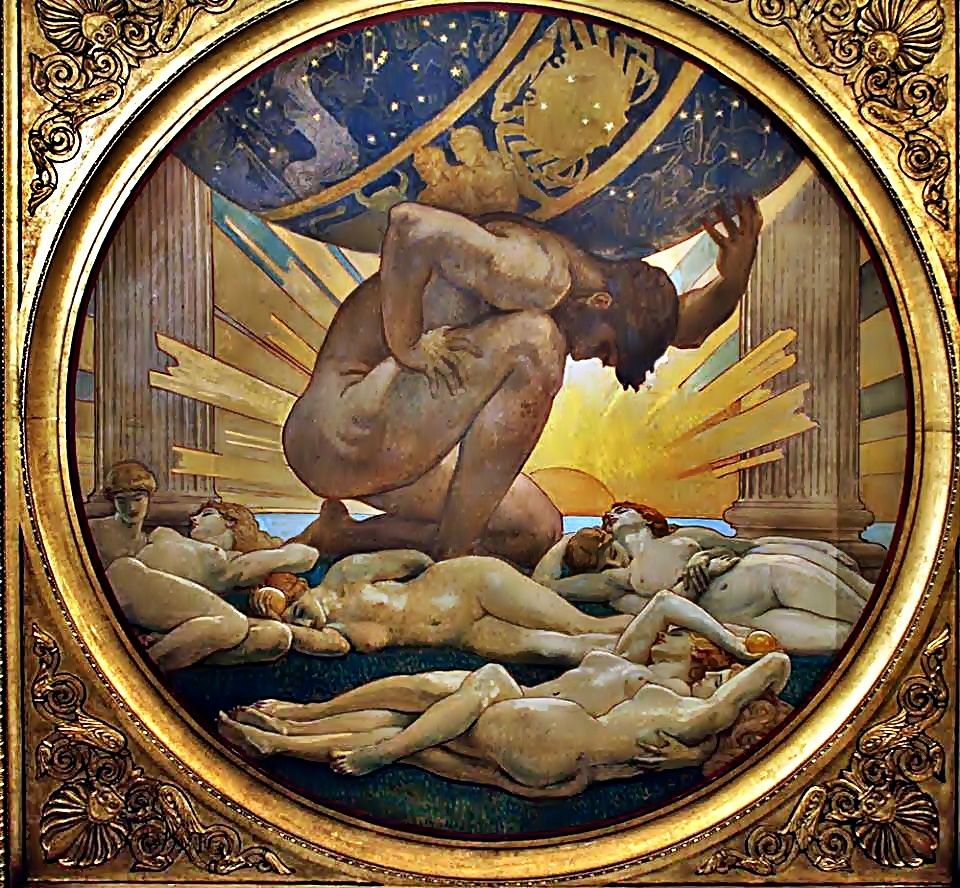 The ancient Greeks considered the Titans as the first colossal gods and goddesses to emerge from the primordial waters of the universe. As for Atlas, the Titan is largely seen as part of the second generation of those early gods. He was the son of the Titan Iapoetos and the Okeanid Klymene. Iapoetos (Iapetus) was also known as “The Piercer” — the lord of the Western part of the world and the lord of mortality and death. It is believed that he was the boss of the underworld before the Olympian Hades took his job. Atlas’ mother, Okeanid Klymene, was one of the early nymphs that resided in the fresh waters of the world.

Titan Atlas married a nymph called Pleione. The two deities gave birth to: the nymph Calypso, the Hesperides, the seven Pleiades, and Hyades. Of all their offsprings, Calypso was the most famous.

Atlas during the Titanomachy

Atlas and his brother Menoitios fought against the Olympians in what ancient Greeks termed as the “Titanomachy” – the war between the old gods (the Titans) and the new gods (Olympians). Initially Prometheus fought alongside his brothers; however, he later flipped side and fought for the Olympians. Prometheus’ intelligence and trickery in so many ways helped the young Olympians put up a strong fight against the relatively larger and more frightening Titans.

It is believed that Atlas was an influential general in the army of Titans. He was the strongest and second most powerful Titan in the war. He often served as the second-in-command to Zeus’ father Kronos (Cronos). After eons of brutal fighting, the Titans lost the war to the Olympians who were led by Zeus. These new gods and goddesses took the places of the Titans and made Mount Olympus their abode.

How Atlas came to carry the heavens on his shoulders 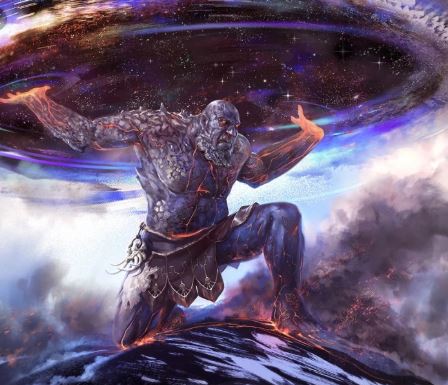 Myths and facts about Atlas god

Atlas, along with all the Titans that fought with him during the Titanomachy, was punished. Many of the vanquished Titans were sent to Tartarus (a hell-like place) and condemned to spend eternity locked up.

For his role in the fight, Atlas’ punishment from Zeus was different. The King of Mount Olympus, Zeus, sentenced Atlas to hold the entire heavens on his shoulders. So there he was, standing at the western edge of Gaia (the world/Earth), bound to hold the heavens forever.

In Hesiod’s Theogony, the Western edge of the world can be found near the Hesperides. It was there that Atlas was bound to serve his punishment by supporting the sky on his head and hands.

Similarly, Homer’s Odyssey stated that Atlas was placed in the depths of the sea (most likely the Atlantic Ocean) and condemned to use his strength to support the pillars that held the sky from falling to the earth.

Atlas and the Mountain Range in North Africa

Another origin story of Atlas comes from the famed ancient historian, Herodotus. According to Herodotus, the story of Atlas and his punishment can be traced to the northern regions of Africa, most likely present-day Libya. Herodotus states that Atlas transformed into the mountain range in those areas in order to support the weight of the heavens.

According to Ovid, this transformation was not voluntary; instead, it came at the hands of the hero Perseus (son of Zeus) who was angered by the Titan’s lack of respect and hospitality. While flying over the mountain, Perseus took out the head of Medusa and transformed the Titan into a pile of stone which later became the large mountain range.

Considering how immensely strong the demigod Heracles (also known as Hercules in Roman mythology) is seen in Greek mythology, it was inevitable for tales about Hercules coming into contact with Atlas’ story.

Atlas and Hercules are without a shred of doubt the two strongest beings in the Greek pantheon. That is, in terms of sheer strength and endurance, very few Greek gods or goddesses can hold a candle to those two.

Atlas’ interaction with Hercules is seen in the Twelve Labors of Hercules, which in turn can be found in the Apollodorus, Athens.

In the story, Hercules seeks the help of Atlas to fetch golden apples from the gardens of the Hesperides. The apples belonged to the goddess Hera, and they were fiercely guarded by both the Hesperides and the hundred-headed beast, Ladon.

Seeing how difficult the task might prove, Hercules solicited the help of Atlas. However, Atlas could not leave his post, least he risked having the sky collapsing into the Earth. So Atlas came up with a brilliant idea. The Titan asked Hercules to take his place and carry the sky atop his head, while he, Atlas, could go fetch those golden apples. The myth states that Hercules did exactly that. Although, some sections of the myth state that Hercules may have had some slight help from the goddess Athena.

In any case, for the brief period of time that Atlas was getting those golden apples, the person responsible for carrying the world on his shoulders was none other than the demigod Hercules.

After acquiring the apples, Atlas felt very much reluctant to resume his responsibility of having the sky atop his shoulders. Come to think of it, who would want to have the heavens perched on their shoulders?

Therefore, it took a lot of convincing and trickery from Hercules to have Atlas performing his duties again. Hercules asked Atlas to temporarily hold the sky so that he, Hercules, could go grab a a soft pillow to ease the burden on his shoulders. The moment Atlas switched places with Hercules, Hercules sped off with the golden apples, leaving Atlas to what he used to do – that is, carrying the heavens.

Depictions and Important Symbols of Atlas

The place that Atlas appears most is in “the 12 Labors of Hercules”. Atlas also featured prominently in the Metope Temple. The Metope was also dedicated to Greek god Zeus.

The commonest symbol used to depict Atlas is a spear and a celestial sphere.

Compared to other Olympian gods and goddesses, Atlas does not get a lot of depictions in artworks.

Atlas’ role in the Greek pantheon stems from the fact that he was condemned to hold the heavens. According to the ancient Greeks, the heavens and stars would have fallen onto the Earth had Atlas not been assigned to such damning fate.

The time that he plays a significant role was when he served as a leading general during the battle for the heavens – a battle fought between the Titans and the Olympians.

Due to the fact that he is a very old Greek deity – a second generational Titan – ancient Greeks did not revere him as much as they did to the Olympian gods and goddesses.

Aside being a Titan, Atlas was extremely strong. Having the entire heavens resting on your shoulders must take an enormous amount of endurance and strength. For the brief period that Hercules had the heavens on his shoulders, it is believed that the demigod was given some amount of support from the goddess Athena. This shows us how strong Atlas in comparison to Hercules.

During the Titanomachy, Atlas was highly regarded as the second most powerful Titan in the world. He was actually the strongest Titan in Greek mythology. His sheer strength makes the strength possessed by Hercules, or any other gods or Titans,  appear like that of a child.

Other Facts about Atlas