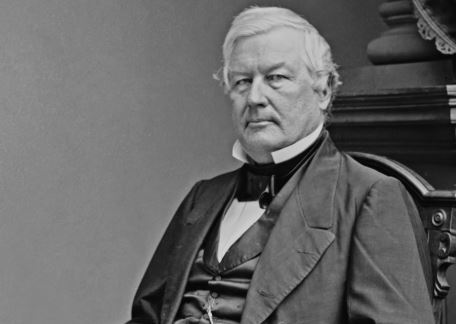 The following is a quick presentation of some very interesting facts about Millard Fillmore, the 13th U.S. president who often gets described by many as a “colorless” and people pleasing person:

He was a bookworm

On January 7, 1800, Millard Fillmore was born in a log cabin, at Lock Township, New York. The exact county of his birth is Cayuga County. Fillmore was the second of eight children born to a very poor New York family. As a result of the dire financial background of his family, he was deprived off the needed formal education as a child.

Growing up, Fillmore loved education. He even tutored himself to read and write. He was also engaged in the vice of stealing books, because his family could not afford to buy them.

Paid 30 Dollars to buy his freedom out of an apprenticeship

At the age of 15, Fillmore was sent to be an apprentice at wool producing shop. In order to extricate himself from the apprenticeship training, Fillmore had to toil for 5 long years so he could raise the 30 dollars that his employer demanded.

After his wool apprenticeship, Fillmore went to Buffalo, New York, for his law studies. His diligence and hard work earned him an admission into the New York bar in 1823. Prior to his admission into the bar, Fillmore worked as a clerk to a local judge in New York. He would go on to establish a very renowned law in the state of New York. 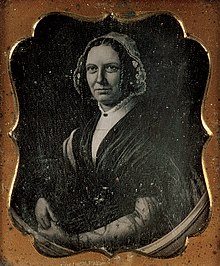 Fillmore and Abigail Powers got married in 1826. Abigail was Fillmore’s teacher at the New Hope Academy. Abigail was about two years older than Fillmore. Throughout his political career, Abigail served as the fulcrum in his life.

Another interesting fact about Millard Fillmore is: Fillmore was an anti-Jacksonian while serving in the U.S. House of Representatives. It was not uncommon for Whig Party members to be anti-Jacksonaian. Thus, they staunchly opposed the Manifest Destiny and the Westward expansion championed by Andrew Jackson. They also preferred having a strong Congress and robust national banking system.

Thurlow Weed was his mentor

At one point in time, Fillmore considered Thurlow Weed a mentor. He would go on to learning a great deal from the New York politician and journalist who played a vital role in spreading Whig Party’s tentacles in New York. However, the two men later had a misunderstanding during the 1830s. After losing a New York governorship election in 1843, he resorted to blaming Catholic immigrants and Thurlow Weed for his loss.

Fillmore also looked up to astute politician in the person of Henry Clay – the man commonly referred to as the Great Pacificator/ The Great Compromiser. Clay even supported Fillmore’s bid to become vice president in 1848.

Behind closed doors Fillmore despised slavery because it somehow reminded him of the hellish time that he had to go through while apprenticing in the wool industry. However, Fillmore had to water down his strong views against slavery whenever he was in public. He did this in order not to alienate Southern politicians. His moderate stance on slavery also made him a bit likable in the North – a predominantly anti-slavery zone.

Fillmore was vice president for only 16 months before he got catapulted to the highest office in the land – President of the United States.

It is believed that Vice President Fillmore and President Zachary Taylor did not get off from a good start. While serving as President Taylor’s vice president, Taylor purposely kept Fillmore away from major executive functions. Fillmore’s role during Taylor’s administration was restricted to affairs in the U.S. Senate.

Upon the death of Zachary Taylor, Fillmore assumed the presidency and became the 13th President of the United States. He would stay in the office from 1850 to 1853.

As president, Taylor was all in favor of abolishing slavery in the new territories of the nation. He vowed to crush any southern state that stood in his way. On the other hand, when Fillmore became president, he was in favor of keeping the Union at all cost. Hence, he towed the path of a compromise between the South and North.

This 10th fact about Millard Fillmore looks at how the president got shunned by his own party because he supported the Compromise of 1850.

As President of the United States, Fillmore gave his full support to the Compromise of 1850, which was drawn up by Henry Clay – the politician who was drew up the Missouri Compromise of 1820. The reason for lending his support to the compromise was to help keep the Union together. For example, it was a well-known fact that Fillmore hated slavery personally; however, he felt it was his duty to implement the Fugitive Slave Act of 1850. The act required the federal government to apprehend and bring back slaves that had escaped from their respective states.

Incurred the wrath of his Whig Party

The demise of Fillmore’s political career came almost at the same time Whig Party disintegrated. This made Fillmore the last U.S. president to hail from the Whig Party. The Whig Party’s 1852 presidential candidate, Winfield Scott, was resoundingly defeated.

Backed and enforced the Fugitive Slave Act of 1850

The Fugitive Slave Act, which was passed by congress in August 1850, was signed into law by Fillmore on September 18, 1850. The act was part of Fillmore’s disastrous attempt to please Southerners. The act made it illegal for anyone to help an escaped slave. Offenders could face jail time or fines. Because Fillmore was hell bent on implementing the act, he fell out of favor with the North.

Fillmore was the presidential candidate for the Know-Nothing Party

Why did President Fillmore sign the Fugitive Slave Act of 1850?

For starters, Fillmore hoped the Act would appease the South and prevent them from seceding. He also had intentions of capitalizing on the act for his own political goals for the 1852 presidential election. In the mind of Fillmore, the Act was intended to bring together Whigs in both the South and the North.

It must be noted that Fillmore failed woefully at enforcing the Fugitive Slave Act in his own state, New York. On occasion, members of the state came to the rescue of an escaped slave that Fillmore wanted to arrest. Fillmore’s inability to enforce the act angered the South gravely.

In all of these, the biggest loser was Fillmore himself. The Compromise of 1850 and the Fugitive Slave Act of 1850 alienated him from both the North and the South.

Tags: 13th President of the United StatesCompromise of 1850Millard Fillmore