The Exact Relationship between Queen Victoria and Prince Albert

Queen Victoria first met her future husband, Prince Albert, at the age of 17. Three years later, the two got married. Queen Victoria was the one who  proposed to Prince Albert on October 15, 1839. The two newlyweds were in fact first cousins. Back then it was a common practice for royals to marry extended family members. Aside from being cousins, what was the exact relationship between Britain’s 2nd-longest reigning monarch and her German prince and husband, Prince Albert?

Let’s take an extensive look at the two families and the connection between them. 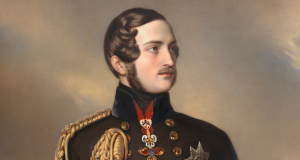 Prince Albert’s parents were Ernest I, Duke of Saxe-Coburg and Gotha, and Princess Louise of Saxe-Gotha-Altenburg.

We will start by exploring Prince Albert’s side. Prince Albert was born on August 26, 1819, to Ernest I, Duke of Saxe-Coburg and Gotha, and Princess Louise of Saxe-Gotha-Altenburg. He was the second son of his parents. His parents’ marriage had its fair share of difficulties and fights. This culminated in Ernest and Louise separating in 1824, after 7 years of marriage. Their divorce was finalized in 1826. The estranged parents of Albert went their separate ways and remarried. Ernest won custody rights of the children because Louise got remarried. As a result, Albert and his other siblings remained with their father. 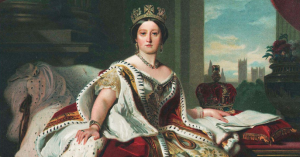 Prince Edward, Duke of Kent, and Princess Victoria Maria Louisa of Saxe-Coburg were the parents of Queen Victoria.

With regard to Queen Victoria, her parents were Prince Edward, Duke of Kent, and Princess Victoria Maria Louisa of Saxe-Coburg. Prince Edward was the fourth son of King George III. Princess Victoria was a beautiful German noblewoman from the House of Hanover in Germany. Queen Victoria never got the chance to be raised by her father. Her father, Prince Edward, died 8 months after her birth. The absence of a father figure in Queen Victoria’s life meant that her mother had to solicit the help of numerous court servants and aids, particularly from Germany. Her mother’s family played a very vital role in Victoria’s upbringing.

The future king of the Belgians, Leopold, briefly married the daughter of George IV, Princess Charlotte of Wales. Sadly, Charlotte passed away in 1817. The news devastated George IV. Some historians believe that the death of his daughter is what made him freeze out Queen Victoria and her mother during his reign. Regardless of that, the House of Saxe-Coburg-Gotha and Queen Victoria went on to form a very close-knit alliance all through out Victoria’s 63-year reign.

The historical annals will struggle to find a royal marriage or partnership that was as smooth and loving as the one between Queen Victory and her husband, Prince Albert. The Queen always saw Albert as the glue that held their relatively large family together. Spanning more than 20 years, the connection between Victoria and Albert was very much admired by the British public back then (still is). It was an alliance that will forever be remembered for its ability to reinforce family values. After all, Albert and Victoria were in every sense of the word family long before they even got married.