Slavery in America: A Brief Look At How Slavery Started 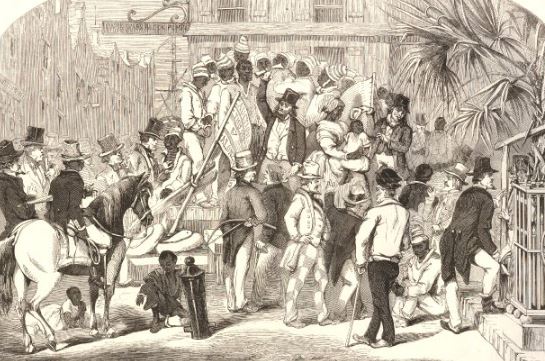 Worldhistoryedu.com presents a brief background of slavery in America by exploring how it began in the first English settlements on the American continent.

A Brief Look at Slavery in America

It is unknown when the exact day kidnapped people from Africa arrived on the shores of America, but many historians all concur that it started in 1619, when the first “human cargo” arrived on the coast of Virginia. The Virginian colony (primarily Jamestown Colony) was the first thriving British settlement in the Americas. On the Chesepeake Bay, the Virginia settlement was a scrawny one inflicted by diseases, hunger, and sporadic raids and attacks from surrounding Native American tribes in the region.

Just as things were turning sour, the early settlers received a huge boost in the form of kidnapped Africans on board a rickety Danish ship called the White Lion. These Africans, who most likely came from West African coast lines (i.e. Akan in present-day Ghana; Wolof, Fula and Mandinka in present-day Senegal; Igbo in present-day Nigeria; Fon, Allada and Mahi Mandinka, or Mende in present-day Sierra Leone) were cramped into pens and lived in conditions worse than the ones animals live in.

The Virginia settlement, which was initially sparsely populated by men, could really do with farm hands to keep the colony thriving and profitable for then English King Charles II. Therefore, the Dutch exchanged their human cargo, i.e. the Africans, for food and other human services.

It has been stated that these Africans initially began as indentured servants. Along with poor white Europeans, the Africans were put to work for about seven gruesome years in exchange for lands and their freedoms. As at that time, the term slavery was still relatively an alien concept; there was no laid-down model or system for slavery. Hence, those Africans had relatively similar status as indentured white servants in the colonies.

As the colonies grew and grew, exports and profits in crops such as cotton and tobacco skyrocketed. King Charles II was very pleased by this development. The monarch and the English settlers quickly realized that the Africans had become the backbone of their operations. So whereas poor white indentured servants could work for their freedom, the Africans in the early colonies were denied their freedoms.

Besides, those Africans were far away from their homes and it would have taken a miracle for them to make it all the way to West Africa.

Legalization of slavery and Westward Expansion

Additionally, the English common law, which applied to the King’s subjects, did not apply to these Africans. Hence they had no rights whatsoever. With this came the birth of slavery proper. The English crown legalized slavery in 1641 in order to keep the early American colonies profitable.

Africans became personal properties of English settlers in the region. They were treated like chattel and in very inhumane conditions.

To boast exports from the colonies, King Charles II went on to set up the Royal African Company in 1660. The company was mandated to keep the colonies most vital resources – African slaves – in study supply from the African continent. Africans were shipped in the bellies of ship pens like animals. The colonies called their newfound factor of production the “black gold”. And so, for the next hundred and fifty years, Africans were torn from their homes in Africa and sold into slavery in the American colonies.

Read More: Everything you need to know about Jamestown colony – England’s first thriving settlement in the Americas

As the slave trade got more and more sophisticated, the “human cargo” was shipped from Africa to the Caribbean and places like modern-day Brazil, where they got acclimatized to  their life of bondage. About 4-5 years later, the slaves where then moved to North America.

Even though, the English banned slave trade in 1807, slavery continued very much in full force in United States of America – a nation that had just unshackled itself from the clutches of the English crown. In spite of all its talk about inalienable rights for every man and woman (i.e. the Declaration of Independence) and its never-before seen masterpiece of a Constitution, the United States continued to engage in the ghastly act of slave trade. The entire economy in the country was heavily reliant on slave labor. In fact internal slave trade in the U.S. at that time accounted for a significant portion of the nation’s GDP. This barbaric economic activity was fueled by America’s westward expansion (for example, the Louisiana Purchase in 1803).

The North’s Agitation against slavery 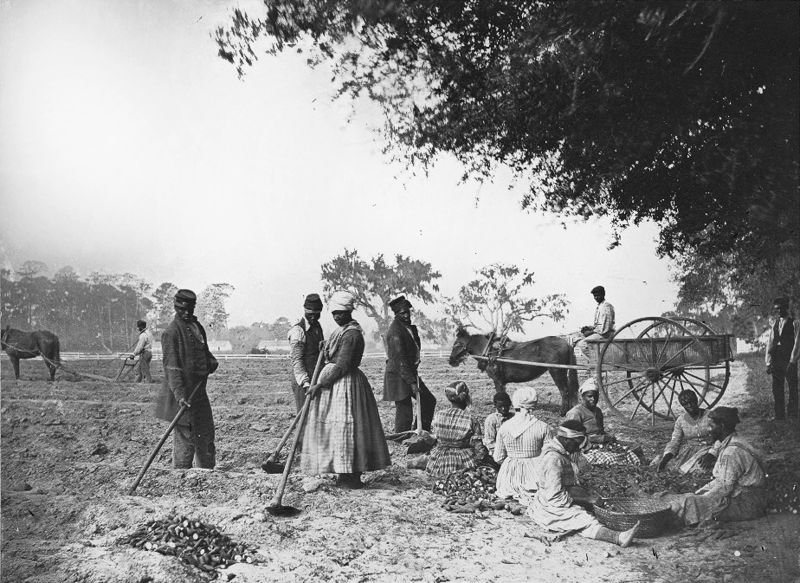 By 1860, over a million African slaves were moved and sold. Majority of those slaves ended up on vast cotton plantations in the south of the country. But just as the South continued to benefit and rely heavily on their “black gold”, the North was increasingly getting uneasy about the institution of slavery. With stories of abuses, fancy girls used as prostitutes, torture, and deaths spreading like wildfire across the nation, the North started taking a strong stance against Southern slave owners.

Displeased by some actions of some U.S. Presidents who were willing to compromise with the South on the issue of slavery, the Northerners and abolitionists rallied and elected Abraham Lincoln in 1860. Seen by the South as someone who could bring an end to slavery in the South, Southern states, one by one, seceded from the Union. And so the 4-year bloody Civil War erupted, pitting the industrialized North against the slave-owning South.

Under leaders such as Lincoln and Ulysses S. Grant, the Union’s victory led to the slavery completely abolished in the United States. This was followed by the Reconstruction period and then the early civil rights movement in the latter part of the 19th century.

Although slavery ended post the Civil War, America somehow could not shake off the damage inflicted on  race relations in the country; and in spite of all the progress made by the civil rights movement, race issues still remain a hot issue in the country.