Below are 10 important FAQs about the the life of civil rights activist, Rosa Parks:

Prior to Parks, there were a number of African Americans that boldly refused giving up their seats. Examples of those people were Bayard Rustin (in 1942), Lillie Mae Bradford (in 1951), and Sarah Louise Keys (in 1952). Certainly, the most famous of the lot was a 16-year-old African American girl, Claudette Colvin. Colvin’s incident took place on March 2, 1955. Her defiance occurred on a Capitol Heights bus. In a similar fashion to Parks’s, the bus driver (Robert W. Cleere) and police dragged her off the bus because she refused to give up her seat for a white female passenger.

In 1956, Claudette Colvin, along with Aurelia Browder, Susie McDonald, Jeanetta Reese, and Mary Louise Smith, joined the Browder v. Gayle case at the U.S. Supreme Court. The plaintiffs had civil rights activist Fred Gray as their attorney. After a couple of months, the Supreme Court sustained the District Court’s ruling of June 13, 1956. Segregation on buses became unconstitutional after the Supreme Court’s ruling on December 17, 1956.

If Parks was not the first African American to use nonviolent direct resistance in Alabama, how come only Parks gets mentioned?

Parks ticked all the criteria to become the focal point of the civil rights movement. She was an educated middle-aged woman. Moreover, she was happily married and had a paying job. She was also well recognized in her community. All of those ingredients made Parks the ideal person to lead the movement.

Martin Luther King Jr. himself spoke highly of her. The reason why attention was not paid so much to say someone like Claudette Colvin was because the civil rights movement wanted a sort of perfect person to be the face of the movement. Colvin was an unmarried pregnant teenager. At that time, the organizers and activists felt that using Colvin could leave a dint on their civil rights cause.

Was the incident on December 1, 1955, Rosa Parks’s first encounter with abuse on a bus in Alabama?

Rosa Parks in her autobiography said that the December 1 incident was not her first brush up with James Blake (the bus driver), it was her second. The first gross abuse occurred in 1943. Parks was on her way from registering for a voting exercise. She boarded James’s bus. James asked her to get off the bus and enter from the back. He insisted that Rosa pay her bus fare at the front and then get off and use the rear entrance of the bus. Humiliated and disgusted by the incident, Rosa vowed never to get on a bus that was driven by James Blake. Rosa was left by the roadside in a heavy downpour. Fast forward to 1955, 12 years after the first incident, Rosa encounters the same bus driver again. The difference with the second one is that Rosa got arrested for refusing to give up her seat.

What are some famous movies about Rosa Parks?

The most famous has to be “Mighty Times: The Legacy of Rosa Parks”. This movie was released in 2001. It was well received by critics. It even got an Academy Award nomination for a documentary (short subject).

Another notable mention is “The Rosa Parks Story (2002)”. This movie starred Cicely Tyson, Dexter King, and Angela Bassett. Rosa Parks also made a brief appearance on the Christian television drama Touched by an Angel in 1999.

In a related pop culture incident, Rosa Parks sued the hip-hop group, OutKast, for failing to get her permission before using her name on their song titled ‘Rosa Parks’. The two parties came to an amicable settlement in April 2005.

Why is Rosa Parks known as “The Mother of Modern Civil Rights Movement”?

Rosa Parks has been called by a host of names because the role she played at the dawn of the movement was simply phenomenal. She was brave when most people cowered and simply obliged. Fear was never something that she entertained.

Even long before Malcolm X and Martin Luther King Jr. came onto the stage, Rosa Parks had already started her campaign for racial equality. Back in the 1930s and all through to the 1950s, race was not the only contentious issue. There was also the issue of gender and women suffrage activities. The fact that she, a female and an African American, partook in all those things is simply remarkable.

Does the bus that Rosa Parks protested on still exist?

Whenever you are in Michigan, you can visit the Henry Ford Museum to see it. You can actually sit in the same seat that Rosa Parks sat in. You will be part of a long list of famous people that have visited the place. For example, US President Barack Obama toured the premises and even sat in the seat on April 18, 2012. 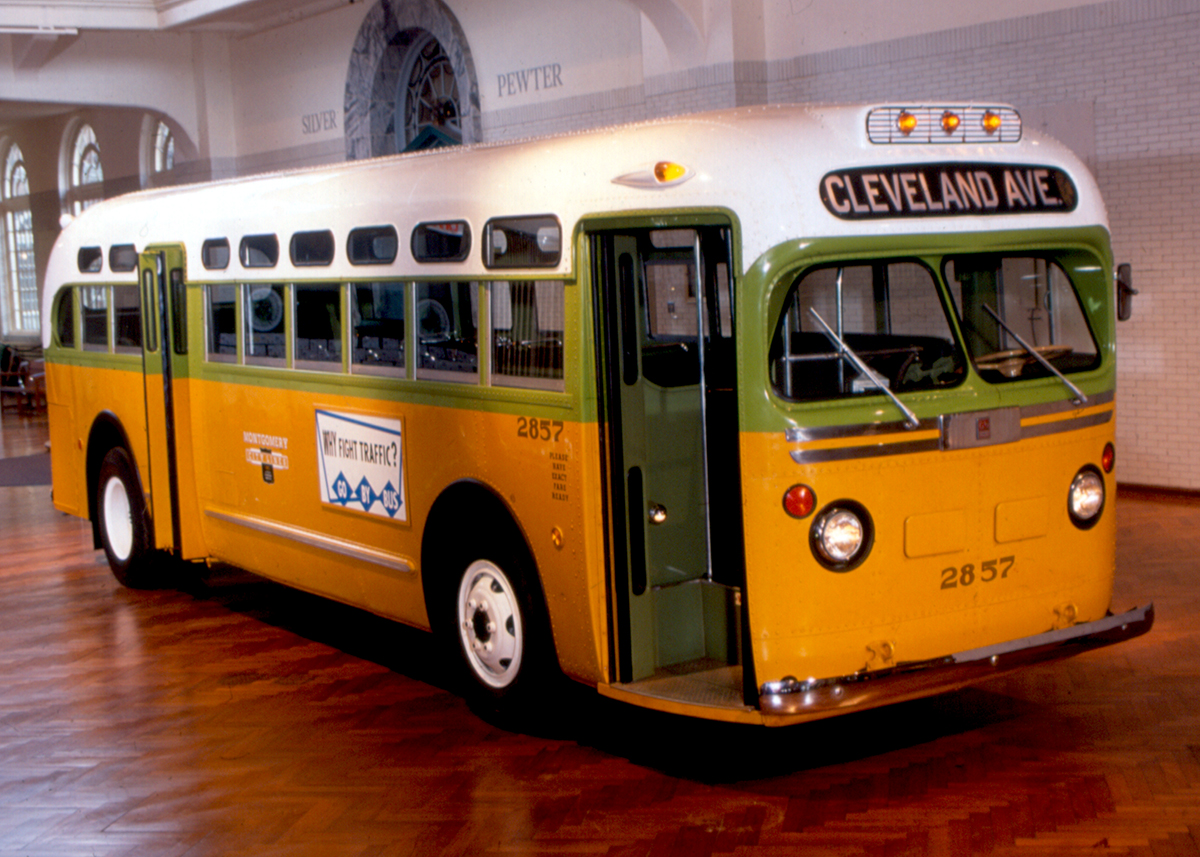 What was her importance to the civil rights movement?

Was Rosa Parks the first black American to refuse to make way on a bus?

Prior to Parks’s incident, there had been a group of people who were arrested and tried for a similar offense. The U.S. Supreme Court actually passed judgment in favor of the group. Parks’s court fines were never appealed. However, the momentum the civil rights activists rode on stemmed from Parks. Her case inspired a whole city and then the whole country to rise up and fight for their rights.

What and who inspired Rosa Parks the most?

Certainly her mother, Leona McCauley, would have been a huge influence on her. Then there is her husband, Raymond Parks. At the behest of Raymond, Rosa returned to school and successfully acquired her high school diploma. Definitely, his views must have shaped Rosa Parks. The people at the NAACP (the National Association for the Advancement of Colored People) also had a lasting impact on her. The local chief of NAACP, Edgar Daniel Nixon, was the one who bailed her out on the day she got arrested. Her church, AME (African Methodist Episcopal) also played a crucial role in her upbringing.

What is Rosa Parks’s greatest legacy? 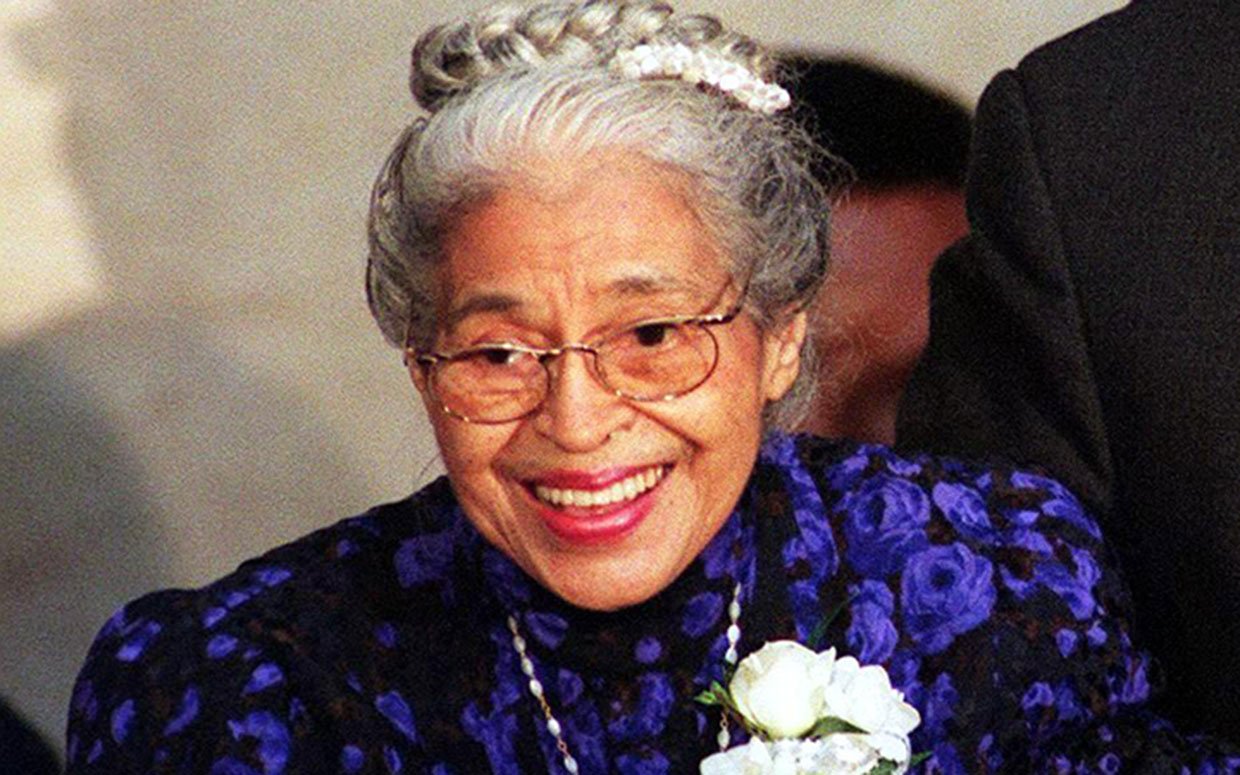 Rosa Parks will be remembered for her work in getting racial segregation kicked out of America. She began this worthy movement by refusing to surrender her bus seat for a white male passenger. Her arrest and conviction of violating Montgomery’s codes (Jim Crow laws) on bus segregation created a city-wide boycott of public transportation by African Americans.

Below is a short video on the biography of Rosa Parks: