Who were the 12 Most Influential Presidents of the United States? 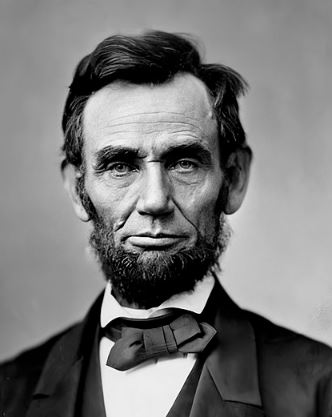 There are countless reasons that could be given for placing President Abraham Lincoln atop the list of most influential U.S. presidents. Reason #1: Abe freed the slaves in America by issuing the Emancipation Proclamation in 1863. The reasons could go on and on, but the fact that he stood for freedom and democracy in the face of extreme difficulties speaks volumes of President Lincoln’s courage and leadership skills.

Many historians reason that America would most likely have disintegrated had it not been for Abraham Lincoln’s presidency (March 4, 1861-April 15, 1865). And even as the four-year brutal Civil War raged on, our nation’s 16th President had the foresight to put in place Reconstruction policies that he reasoned would heal the animosity between the North and South. It is for the above reason President Abraham Lincoln is generally revered as the greatest U.S. president of all time. 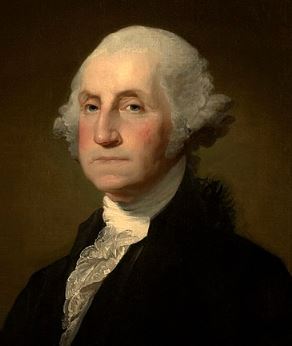 There is a reason why George Washington’s face is among the four faces sculpted on Mount Rushmore. The nation’s first president (April 30, 1789 to March 4, 1797), also known as the “Founder of the nation”, fought bravely throughout the American War of Independence. As commander in chief of the Colonial Army, General Washington led his troops to victory in a number of battles, including the famous Battle of Yorktown in October, 1781.

As the first president of our nation, Washington refused involving himself in partisan politics. He reasoned that he ought to remain impartial in all matters of the Union. He also tried as much as possible to prevent the office of the president turning into a monarchy.

The Great Depression, the threat of Nazi Germany, and Pearl Harbor  attack in 1940: These were some of the challenges Franklin D. Roosevelt (FDR) had to tackle during his record-breaking 12-year stay in the White House (1932-1945). Additionally, he had to contend with a number of personal problems, including his struggle against polio.

In almost all those cases, FDR remained calm and composed, facing the problems head on. His inauguration ceremony occurred when the U.S. was neck deep in the Great Depression. Quickly, he rolled out his New Deal, a comprehensive set of economic and social policies, to stir the nation to safe economic conditions. During his tenure, the U.S. became the undisputed leader of democracy.

After devoting his life to vanquishing Nazi Germany and the Axis Powers during World War II, FDR passed away in 1945.

Thomas Jefferson (born- April 13, 1743; died –July 4, 1826) was one of the most important founding fathers of the United States of America. This was very much evident when he helped draft the Declaration of Independence in 1776, a document that liberated the U.S. from the bondage of Great Britain. The Virginian-born lawyer was involved in setting up the system of governance that we have so much come to trust and rely upon. He is one of just two people (the other person was President Martin Van Buren) that have served as Secretary of State, Vice President, and then the President of the United States.

Of all his numerous achievements during his lifetime and presidency (March 4, 1801 to March 4, 1809), the Louisiana Purchase of 1803 stands the tallest. The purchase agreement doubled the size of the U.S. and set it on a path of global political and economic dominance.

Largely seen by many as one of America’s greatest presidents of all time, Theodore Roosevelt took over the reins of power upon the assassination of President William McKinley in 1901.

As the 26th President of the United States, Theodore Roosevelt chalked some pretty impressive results between September 14, 1901 and March 4, 1909. For starters, he is regarded as the president who deployed solid domestic policies mixed with an equally resolute foreign policy.

A war hero from the Spanish-American War (Apr 21, 1898 – Dec 10, 1898), President Theodore Roosevelt injected a lot of energy into the White House. Mind you, he was just 42 years, 322 days old at the time of his inauguration. That makes him the youngest person president in the history of the U.S. The Pure Food and Drugs Act passed during his presidency took off impure products and food from the shelves of markets in the country. The act also established the Food and Drug Administration.

To this day, President Harry S. Truman remains the only president in the history of the United States to have authorized the dropping of nuclear bombs in a war. The bombs, which were dropped on the Japanese cities of Hiroshima and Nagasaki in August, 1945, claimed between 130,000 and 250,000 lives. President Truman reasoned that it was a more cost effective and Allies’ lives-saving technique than an invasion. For this heinous act, Truman’s presidency (1945-1953) has received a lot of sticks from some historians. However, others argue that his actions helped bring to an end World War II, saving countless lives of Americans in the process.

The Truman administration had to contend with the Korea War (1950-1953) and the Cold War, both of which erupted after WWII. The silver lining in Truman’s presidency was that his economic policies cushioned the U.S. from the post-war economic hardships. 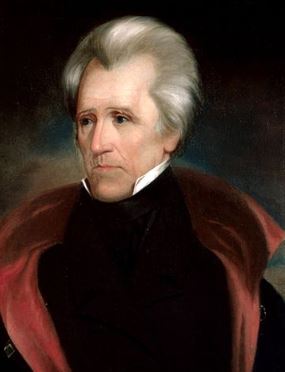 Following his heroic displays during the War of 1812 against Great Britain, Andrew Jackson was elected in 1828. “Old Hickory”, as he was commonly called, brought a style of politics that the nation had not witnessed. Jackson was an extremely populist president who served for two terms – from March 4, 1829 to March 4, 1837.

As the “Man of the people”, he successfully brought down the Second Bank of the United States, stating that the bank was the root cause of the people’s economic hardships.

Jackson was extremely influential because he was one of the founding father of the Democratic Party. His ideas and policies came to be termed as Jacksonian principles. And who could forget the years of abuse his administration inflicted upon Native Americans throughout the 1830s? Historians rightly attribute the ills of America’s westward expansion to Andrew Jackson.

Driven in part by the Manifest Destiny, James K. Polk waged war against Mexico between 1846 and 1848 with the sole aim of annexing Texas. Nicknamed “Young Hickory”, President Polk was absolutely committed to the nation’s westward expansion come hell and high water. An extremely hard working politician, Polk’s territorial addition to the U.S. is the second biggest in the nation’s history (the first being the Louisiana Purchase in 1803). Polk’s presidency (1845-1849) also saw the establishment of the Department of Interior. 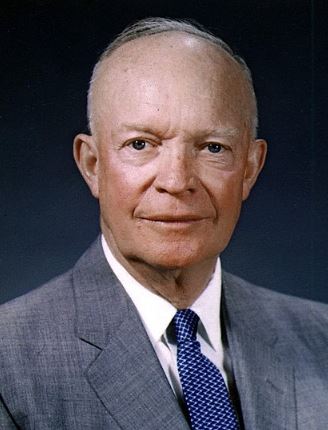 On January 20, 1953, Dwight D. Eisenhower was sworn into the office of the president of the United States. The former WWII hero and general went on to leave a long-lasting impact on the nation. His two terms (from 1953 to 1961) in the White House saw rapid economic growth in virtually every part of the country.

Ike, as he was nicknamed, also pushed for civil rights for disenfranchised African Americans. He famously stepped up to the plate and enforced the US Supreme Court decision in Brown v. Board of Education in 1954. During his term, nation’s highway system got a face lift, and the Civil Rights Act of 1957 was passed. The National Aeronautics and Space Administration (NASA) was also established during Eisenhower’s presidency. 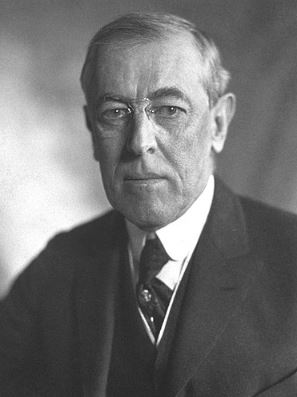 The 28th President of the United States Woodrow Wilson (born- December 28, 1856; died- February 3, 1924) is best known for leading the U.S. during the last two years of World War I. Owing to this, the U.S. was able to halt the threat of Germany and its Central Powers (the Ottoman Empire, Austria-Hungary, Bulgaria).

His presidential tenure, which lasted from March 4, 1913 to March 4, 1921, was characterized by robust progressive reforms in national security, the education and financial sectors.

On the international side of things, President Woodrow worked very hard to push for policies (i.e. his Fourteen Points policy) designed to permanently end conflicts on a global scale. Driven by his diplomatic idealism, he was extremely crucial in the formation of the League of Nations, an organization that later became the United Nations.

From 1809 to 1817, James Madison served as the fourth president of the United States. He is best remembered for the exceptional impact he had on the U.S. Constitution.

Revered as “The Father of the Constitution”, James Madison began his career by making huge waves as a lawyer in the State of Virginia. Madison, who was by the way an influential member of the Second Continental Congress, committed his entire career to the removal of religion from the affairs of the federal government. He also drafted the Bill of Rights that forbade the federal government from infringing on the rights and freedoms of the people.

As president of the United States, Madison was led the nation during the War of 1812, which saw the U.S. and Great Britain patch things up in the Treaty of Ghent in 1815. 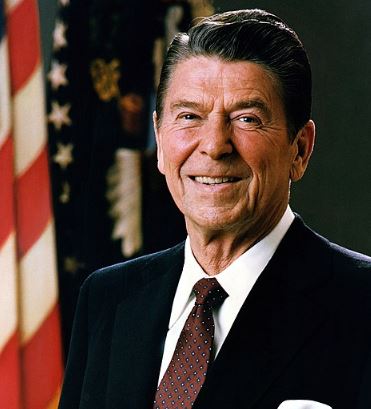 Born in Illinois on February 6, 1911, Ronald Reagan was a successful Hollywood actor who rose to become the nation’s 40th commander in chief. He is best remembered for reviving the U.S. economy which had been blighted by inflation and unemployment.

Expertly good at communication, President Reagan managed to pile up enormous pressure on the Soviet Union to lose its grip on Germany. Historians reason that it was President Reagan’s astute foreign policy that helped in bringing down the Berlin Wall in November 1989.

Reagan’s term of office (1981-1989) is also regarded very influential because of the Strategic Defense Initiative deal that he struck with the Soviet Union. He is widely seen as the US president who hit the final nail in the coffin of the USSR.