Miriam Makeba (1932-2008) was a renowned South African musician and civil rights activist. Due to her criticism of the apartheid regime, Makeba was banned from South Africa from 1960 to 1990.

Cause of death: Heart attack

Miriam Makeba, a South African music legend, started her professional music career in the jazz band, the Cuban Brothers. Prior to that she had honed her talents in music by singing in several church choirs, singing in different languages, including Sotho, Zulu, and Xhosa.

She also benefited from her family’s deep love of music. Her parents for example played a number of musical instruments, and as a child, her older brother – an amateur records collector – taught her the basics in music. Releasing hits upon hits, Miriam Makeba would go on to be one of the biggest music exports from the African continent.

Below are 10 major accomplishments of Miriam Makeba – the woman described by many as the “Empress of African Song”:

She also had singing spells with another South African jazz group known as the Skylarks. Through the group, she got signed on to Gallotone Records. In 1956, the record company helped her release “Lovely Lies”. The song, which was sang in Xhosa, became Makeba’s first individual success. “Lovely Lies” also made huge waves abroad, entering into Billboard Top 100 in the United States. 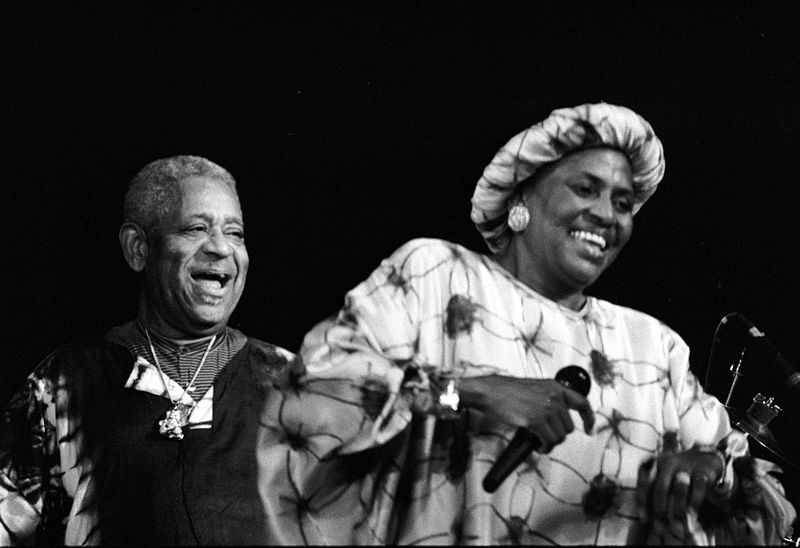 She was in the musical, King Kong

Following her hit songs and association with a number of South African jazz groups, Makeba set her sights on the South African jazz opera show King Kong, where she took a lead role and starred alongside fellow musician Hugh Masekela. Because of how racially diverse the cast for the musical was her reputation benefited tremendously. It also cemented her status as one of South Africa’s greatest entertainers.

Guest starred in Come Back, Africa

Starting from quite an early period in her career, Makeba lent her performances to fighting against the apartheid regime in South Africa. It was not surprising when she agreed to guest appear in the anti-apartheid film Come Back, Africa in 1959.

The film, which was directed by American filmmaker Lionel Rogosin, helped introduce Makeba to a broader international audience. In the film, she also wowed audience with her voice, singing two very emotionally charged songs. The fact that the film was filmed in secret even made it gain more fame abroad. Makeba attended the 24th Venice Film Festival in Italy, helping the film crew take home a Critics’ Choice Award.

Makeba got involved in the struggle against apartheid

Following the Sharpeville Massacre in 1960 that killed 69 people in the township of Sharpeville in Gauteng, Makeba made the decision to use her music to call for the end of the apartheid regime in South Africa. Then living in the United States, Makeba’s hits such as “Pata Pata” and “Qongqothwane” made her a rising star in the country. Leveraging on this early fame of hers, she started getting involved in many anti-apartheid causes. The Sharpeville Massacre in 1960 was the last straw that sought of broke her back, prompting her to take a tougher stance against apartheid.

Signed on to RCA Victor, and with support from her mentor Harry Belafonte, Miriam Makeba’s first studio album – Miriam Makeba – was well received in the United States. Released in 1960, the album’s African content made it very appealing to her fans. Time magazine heaped praises on her, comparing her voice to the likes of Frank Sinatra and Ella Fitzgerald.

Four years later, in 1964, Miriam Makeba came out with her second studio album – The World of Miriam Makeba. This album of hers reached number 86 on the Billboard 200. And it was not just African Americans that were buying her music, a cross section of the public loved her music.

Supported the independence cause of many African nations

As a global star, Makeba’s voice mattered when it came to the topic of colonialism on the African continent. She toured the world in a bid to ramp up pressure on European powers to grant independence to countries in Africa. For example, she played an instrumental role in securing support – both financially and politically – for Kenya’s independence. She had come to take a strong liking of Kenya’s independence fighter, and later first president, Jomo Kenyatta.

Following her powerful testimony against the South African National Party (NP) at the United Nations Special Committee against Apartheid in 1962, she was rendered stateless, as the apartheid government revoked her citizenship. And in spite of the ban on her from returning to South Africa, she continued to call on international community to place economic sanctions and arms embargo on South Africa.

Miriam Makeba was part of the Pan-Africanist’s struggle

Owing to her support of pan-Africanist ideologies, African countries like Ghana, Guinea and Algeria issued her passports. In the course of her life, she was awarded honorary citizenship in ten countries, including France and Belgium.

While her music was banned in South Africa, other African countries embraced her. Makeba’s music became so famous that she was invited to perform at the inauguration ceremony of the Organization of African Unity (currently the African Union) in Addis Ababa, Ethiopia. 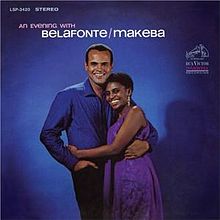 In 1966, Miriam Makeba, along with mentor Belafonte, received the prestigious Grammy Award. The award, which was in the category of Best Folk Recording, was bestowed upon her for her album An Evening with Belafonte/Makeba. Released by the record company RCA Victor in 1965, the album has 12 tracks in total – five each from Belafonte and Makeba, and two duets. Makeba and Belafonte’s usage of tribal tunes from Xhosa and Zulu on the album was one of the reasons why it became such a classic.

Most importantly, it was the album’s message that helped it become a hit. It admonished the National Party of South Africa for its suppression of blacks in South Africa. It also highlighted the day-to-day misery that blacks endured under the apartheid regime.

The fact that she won the award was very significant for African music. She became the first African to win a Grammy Award.

She developed strong partnerships with fellow musicians and artists such as Nina Simone, Louis Armstrong, Maya Angelou and Sidney Poitier. She and her then-husband Hugh Masekla were friends with jazz artist Dizzy Gillespie. Her goal was to use her music as a tool to push back against racial segregation and institutional racism in America.

As her fame grew, she continued to show support to a number of civil rights groups, including the Black Consciousness and Black Power groups.

Other accomplishments of Miriam Makeba