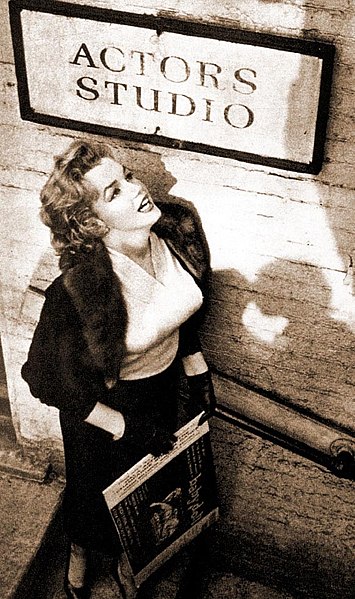 Considered by many to be one of the greatest actresses of all time, Marilyn Monroe triumphed over adversities and the “dumb blonde” tag to forever change the movie industry in Hollywood. Even to this day, she remains probably the most enduring sex symbols in the pop culture.

However, there was more to her than those typecast film roles; Marilyn Monroe showed on numerous occasions how versatile a performer she was, as her films grossed more than $200 million. She also established a film production company in the mid-1950s.

As her career peaked, the demons of her past came back to haunt her. With mounting pre-performance anxieties, a series of failed relationships and marriages, and drug abuse problems, her health started to deteriorate. On August 4, 1962, she died in her Los Angeles home after ingesting fatal amount of barbiturates.

Below we delve into the troubled childhood, career, and achievements of Marilyn Monroe, one of the greatest icons of American popular culture:

On June 1, 1926, Marilyn Monroe was born Norma Jeane Mortenson to Gladys Pearl Baker. Her birth place was at the Los Angeles County Hospital in Los Angeles, California.  To this day, the name of Marilyn Monroe’s father remains unknown. Her mother Baker insisted, although without any tangible evidence, for quite some time that Monroe’s father was Charles Stanley, a Consolidated Studios worker.

Monroe’s mother, who had married at the age of 15, had two other children – Robert and Berniece – from her marriage to John Newton Baker. Baker’s problems started after those children of hers were taken away from her by their father.

Due to her mother’s mental state, which was worsened by her deplorable financial situation, Monroe was placed in the care of Grace and Doc Goddard. Her foster family were deeply religious, and often times, they banned young Monroe from going to the movies.

With mounting personal problems, her mother was diagnosed with paranoid schizophrenia and committed to a mental institution. This meant that Monroe spent very little time with her mother, moving from one foster home to another. Monroe stated that she was sexually abused and raped at the age of eleven in one of the foster homes she grew up in.

Did you know: Marilyn Monroe was only two weeks old when she got introduced to her first foster home – the home of Ida and Wayne Bolender in Hawthorne, California?

The absence of her mother, as well as the abuses she endured in her childhood, left a huge scar in her life. She even temporarily developed a stutter and became quite shy.

In September 1938, she moved in with Ana Lower, Grace’s aunt, in Sawtelle, Los Angeles. Monroe studied at the Emerson Junior High School, where she was involved in the school newspaper. She did however have very poor academic results.

In 1941, she moved back to the Goddards in Van Nuys. While there, she enrolled at Van Nuys High School. A year later, the Goddards had to move to West Virginia, leaving Monroe in California. Not wanting to go back to an orphanage, Monroe, 16, opted to get married to a 21-year-old factory worker called James Dougherty. With no proper adult supervision, Monroe dropped out of school to become a housewife – a job she came to despise very much.

During World War II, her husband was shipped out to the Pacific and Monroe went to stay at her in-laws, taking up a job at a munitions factory in Van Nuys.

In 1944, she resigned from her factory job and started modelling. She was introduced to the profession by photographer David Conover. Connover had been tasked to shoot pictures that would be used to boost the morale of U.S. soldiers fighting in World War II.

Going against her husband’s strong wishes**, Monroe proceeded to sign onto Blue Book Model Agency around late summer of 1945. To boost her image in the industry, she dyed her hair blonde.  She started by appearing in a number of men’s magazines and other minor advertisements. Monroe was described as very ambitious and dedicated to her profession, shooting more than 30 magazine covers by 1946.

** In 1946, she divorced her first husband James Dougherty, who was against her choice of profession. 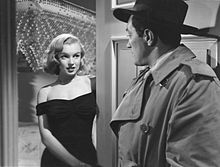 Desiring more from her choice of profession, she stepped into the acting business and signed to an acting agency in 1946. Even though she struggled initially, Monroe was determined to break into the industry. She was given a six-month contract by Darryl F. Zunuck, an executive at 20th Century-Fox. It was around this time that she chose the name “Marilyn Monroe”. “Monroe” was her mother’s maiden name while “Marilyn” was derived from Marilyn Miller, a Broadway star.

Initially, she struggled to get any acting gigs; hence she decided to prop up her acting skills by taking a number of classes in acting and dancing.

Her film breakthrough came in February 1947, when she was given a minor role in Dangerous Years (1947), directed Arthur Pierson. The following year, she appeared in a F. Hugh Herbert directed film titled Scudda Hoo! Scudda Hay! (1948).

After the tutors at the Actors’ Laboratory Theatre stated that she was too shy and sometimes insecure, Fox declined to renew her contract. Rather than let the news get her down, she continued refining her skills by studying at the Actors’ Lab. In the following years, she also relied heavily on building contacts with film producers and gossip columnists.

Recommended by Fox executive Joseph M. Schenck, Monroe was able to secure a contract with Columbia Pictures in March 1948. After a series of minor roles in several movies, she finally got a starring role the musical Ladies of the Chorus (1948).

Monroe starred in the 1950 heist film The Asphalt Jungle. The film, which was directed by John Hutson, saw her appear alongside stars such as Sterling Hayden, Jean Hagen, and Louis Calhern. The film received four Academy Awards nomination. In 2008, the Library of Congress selected The Asphalt Jungle for preservation in the National Film Registry, describing the film as “culturally, historically, or aesthetically significant”.

As her reputation increased in Hollywood, Monroe became the recipient of several thousands of letters from fans, mostly her male audience. In February, 1952, the Hollywood Foreign Press Association described Monroe as the “Best young box office personality”.

Marilyn Monroe Biography | Image: Monroe with Tony Curtis and Jack Lemmon in Billy Wilder’s Some Like It Hot (1959)

As much as she tried, she struggled to shake off the typecast role of a “dumb blonde” she played so brilliantly well on screen.  She knew she had to dedicate herself to the craft in order to get different roles, taking extensive acting classes under the tutelage of Michael Chekhove and Natasha Lytess. The Hollywood executives fought back, insisting that Monroe’s typecast roles were huge money earners for their studies.

The immense public scrutiny and contract negotiations troubled her to some extent. She got hooked on drugs and alcohol, causing her to be very tardy, and in some cases, forgetting her lines on set. The problems had gotten so pronounced that she started having problems with cast members and directors. To calm her anxiety and lingering stage fright, she used quite a lot barbiturates and amphetamines. At one point, she even overdosed and had to be rushed to the hospital. All of those substances compounded her life and personal relationships.

This chaotic side of hers flared up during the production of the critically acclaimed and successful 1959 romantic comedy Some Like It Hot.Monroe’s starring performance, alongside Tony Curtis and Jack Lemmon, helped earn her a Golden Globe for Best Actress. But production of the film was challenged by Monroe’s constant request for re-takes. Both the cast and the film’s director, Billy Wilder, got quite infuriated by her behavior on set. Wilder still had very positive words to say about Monroe, stating that she was indeed a “real artist” who always gave out top-notch performance on set, even though she often forgot her lines.

In spite of a number of damning personal scandals, there was still increased in her and her films. The studios knew that by portraying her as “dumb blonde” she would remain a bankable performer for the immediate future. Extensive efforts were put into making her a very marketable Hollywood star; her well-managed public image further enhanced her standing in popular culture.

Did you know: Between 1956 and 1958, Marilyn Monroe suffered a number of miscarriages? Barring that she may have suffered from endometriosis, the sheer stress of being a huge Hollywood star as well as the debilitating effects of her drug usage were just some of the contributory factors to her miscarriages.

In the course of her brief life, Monroe dated several Hollywood stars and executives. She married on three occasions, the first one, which was to James Dougherty, happened when she was just 16 years old. The marriage ended in a divorce after Dougherty disagreed with her modelling job.

In January, 1954, Marilyn Monroe tied the knot with retired baseball player Joe DiMaggio at a ceremony at San Francisco City Hall. The couple took time off and travelled to Japan to spend their honeymoon. In just less than a year, the couple’s marriage came to an end, as Di Maggio struggled to handle the immense publicity that came with Monroe’s acting career.

During the divorce proceedings, she dated an A-list of Hollywood stars, including Marlon Brando. It was around this time that she got introduced to playwright Arthur Miller. In spite of the studio’s strong urging to Monroe to end the affair, Monroe went ahead to tie the knot, for a third time, with Miller on June 29, 1956. Her new husband was under some level of pressure as it was alleged that he had some connections with communists in the country. The House Un-American Activities Committee even subpoenaed Miller.

She received some amount of backlash from countries abroad, including Egypt, for converting to Judaism after marrying Arthur Miller.

Did you know: Monroe-Miller’s marriage was described by Variety as “Egghead Weds Hourglass”?

Here are some of Marilyn Monroe’s notable achievements and awards:

Did you know: On May 19, 1962, Marilyn Monroe sang “Happy Birthday, Mr. President” at President John F. Kennedy‘s birthday celebration at the Madison Square Garden, New York? And the gown she wore on that night sold for $4.8 million at an auction in 2016. The buyer, Ripley’s Believe It or Not, stated that the gown was the “most iconic piece of pop culture”. 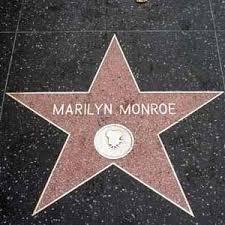 On August 4, 1962, Marilyn Monroe died at her home in Los Angeles after a barbiturate overdose. Her body was found dead by her housekeeper Eunice Murray and her psychiatrist Dr. Ralph Greenson. Monroe’s death was confirmed by Dr. Hyman Engelberg, who arrived to the scene later.

According to the coroner report, her death was due to an acute barbiturate poisoning. Giving credence to this report were the empty medicine bottles found by her bedside. Investigators at the Los Angeles Police Department stated that her death was a probable suicide.

Monroe’s funeral was held at Westwood Village Memorial Park Cemetery on August 8, 1962. After the private ceremony, her body was entombed at Crypt No. 24 in the Corridor of Memories.

Monroe is best remembered for her ability to draw on the numerous personal problems she encountered and turn them into an absolutely captivating  on-screen performance.