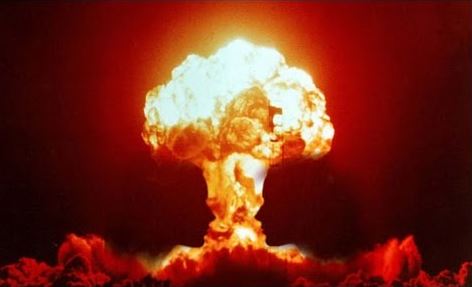 Significance and Facts about the Manhattan Project

Happening during World War II, the Manhattan Project was an extremely confidential US-led research mission that gave birth to the world’s first atomic bomb. Americans partly reasoned, and rightly so, that the savagery and deaths that engulfed the war would be stopped with a devastating weapon.

Americans took the lead and spent over $ 2 billion on nuclear research. In 1945, after years of building and testing, the atom bombs were finally dropped on two Japanese cities, Hiroshima & Nagasaki. The aftermath was highly destructive, it forced the Japanese to surrender. World War II was over within the twinkle of an eye.

Must-Know Facts about the Manhattan Project

The Manhattan Project was spearheaded by US government and military, with approval and assistance from the U.K. and Canada. Here are some strong facts about the Manhattan bomb project.

Military personnel and Scientists involved in the Manhattan Project

Most of the fleeing scientists sought refuge in the USA. At that time, knowledge about nuclear fission (splitting of atomic nuclei) was just discovered. The scientific gurus knew that something destructive could be manufactured right out of fission (chain reactions).

In March 1939, Columbia University scheduled a meeting between the US Navy and one prominent physicist, Enrico Fermi. In summertime of 1939, Fermi,  Leo Szilard, Eugene Wigner, Edward Teller and other scientists penned down an important letter to alert the US government about the possibility of Adolf Hitler enriching the Nazi Party with nuclear weapons.

In order to attach some seriousness to the letter, the scientists convinced famed physicist Albert Einstein to endorse it with his signature. The nuclear warning letter was delivered to then President Franklin D. Roosevelt. By early 1940, the US government had approved the idea, it started slowly funding the project

The US government recruited hundreds of thousands of the finest scientific brains (with some from the collaborating countries) and resourced them  to develop the deadliest weapon (atomic bomb).

The Project Made Use of Uranium and Plutonium

A revolutionary scientific discovery provided the earlier clues of a catastrophic weapon – this happened in 1938 when two scientists from Germany (Otto Hahn & Fritz Strassmann) unlocked the knowledge of nuclear fission. Fermi and other scientists sat in American laboratories carried out miniature experiments and verified Hahn and Strassmann’s work on fission. Fermi built a prototype nuke but it was difficult to obtain a chain reaction necessary for a destructive bomb.

In 1940, the University of California had unearthed Uranium-235 (a radioactive isotopic element with atomic number of 92). Funding was provided for an intensive research into uranium. Along the line, another radioactive substance (plutonium-239) also popped up in the project. The separation of uranium isotopes became a daunting task, as it called for bigger labs and more electrical power.

After months of doing tedious calculations, research, and experiments, the research team finally cracked the code. By 1942, Enrico Fermi wrapped things up and had created a controlled chain reaction. The scientists assembled their materials and began the production of these dangerous weapons by using plutonium and uranium as fissile materials.

The Project was carried out in complete secrecy

In order not to mar the arms race, the bomb project needed to be kept as secret as possible. Thus the weapon project was codenamed “Manhattan Project” to conceal any clear details of the project.  The project’s initial name of “Development of Substitute Materials” seemed too explicit about the actual activity, so it was changed to Manhattan Project. General Leslie Groves was tasked with heading the military aspects of the program, after Vannevar Bush of the S-1 Committee faced slow progress due to lack of resources. The army played the responsibilities of providing security and essential supplies.

Robert Oppenheimer – a renowned nuclear scientist – directed the Los Alamos Laboratory where the real bomb manufacturing took place. Scientists from different fields (physics, chemistry, math) worked together to produce the bomb. Even though Manhattan District was the first site where the project was kick-started, research and manufacturing activities went on countrywide in the US, UK and Canada.

Facts about the Manhattan Project

Official commencement of the project was in 1942. Three years later, on 16th July 1945, America had the world’s first nuclear weapon in her pocket. It was ready for testing at the Trinity Site, New Mexico. On that day, scientists prepared themselves to witness the damaging capacity of the destructive machine they had collectively built.

The bomb was attached to a tower measuring 100 ft and detonated before daybreak. Scientists were stuck with their expectations until the discharge sent bright flashes lighting up the skies. The flash could be seen by onlookers 200 miles away. A mushroom-shaped cloud shot up to a height of 40k ft. The powerful explosion created a wide crater of 0.5 miles and crystallized sand particles into glass.

The bomb had passed its test 100% and was ready to visit harm on unsuspecting enemy territories. This successful nuclear bomb test marked the nuclear age.

The Bombs Were Dropped over two Japanese cities 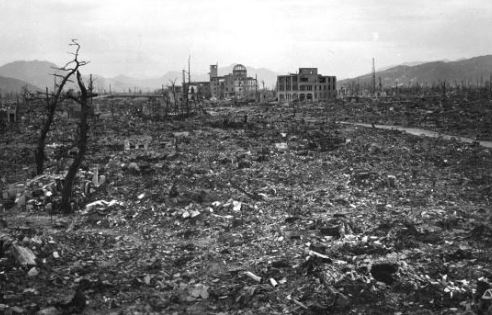 Nightmarish experiences for the two Japanese cities – Hiroshima and Nagasaki as the U.S. dropped atomic bomb over the cities

On 9th August, President Truman of the US authorized another bomb attack on the Japanese city of Nagasaki. Named “Fat Man”, the plutonium-powered device killed between 40,000 -75,000 people immediately. 44% of the city was ruined.

The sheer horror that was unleashed upon Japan forced the Japanese Imperial Army to lay down its weapons and capitulate to the Allied Forces  on 14th August 1945.

Significance and Outcome of the Manhattan Project

It Ended the Second World War

The Manhattan bomb project helped to effectively put a lid on the atrocities of World War 2. Without it, Japan wouldn’t have surrendered.

It Led to Peaceful Nuclear Research

The project sparked increased innovations in the area of nuclear power and medicine. Peaceful application of ionizing radiations culminated in cancer treatment.

It Saved the Lives of Millions across the Globe

Had World War II gone on to perpetuate beyond 1945, quite certainly several more innocent lives would have been lost. The Manhattan Project saw America and its allies emerge victorious in World War II, although it came at a significant cost. At that time, it was difficult to predict which nation would first lay its hands on the weapon. By bombing their enemies in self defense, the carnage stopped and lives were saved.

It Raised Awareness of Nuclear Weapons 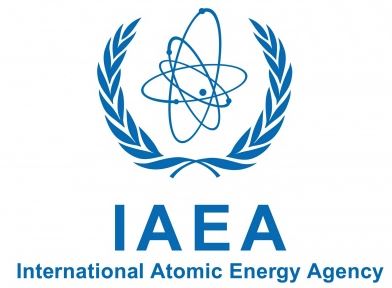 The global watchdog, the IAEA, consistently dialogs with nations all over the world in order ensure that “mushroom clouds” never rise again

The devastating aftermath of the bombings drew the world’s attention to the threats of non-peaceful applications of nuclear power. Today, it’s highly criminal for any nation to own or use a nuclear bomb in a manner that goes against international laws and conventions. Founded in 1957, the International Atomic Energy Agency (IAEA) and its partnering agencies work extremely had to make sure that rogue nations and dictators do not get their hands on such nuclear weapons of mass destruction.