Facts about the Life & Genius of Albert Einstein 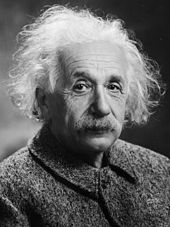 Albert Einstein was a German-born genius physicist and irrefutably the greatest scientist of the 20th century. Born in Württemberg, Germany, in 1879, Einstein’s most famous gift to the human race was his special and general relativity theories.

In addition, he bagged the coveted 1921 Nobel Prize for Physics with his work in the photoelectric effect. Up to this day, he continues to receive immense admiration and reverence for his enthusiastic researches and theories in quantum mechanics, as well as other sub-areas in physics and science in general. Time magazine ranks him as the greatest person of the 20th century.

Here, we explore 44 extraordinary facts about the life and genius of Albert Einstein – deservedly one of the foremost minds the world has ever seen.