John Lennon, who was one of history’s best musicians and who combined brilliantly with Paul McCartney to produce some of the best known songs of the 20th century, founded the famous 1960s sensational English rock band the Beatles.

With an illustrious singing and songwriting career, Lennon captivated fans worldwide for over two decades. His rebellious and somewhat witty nature also made him a favorite for anti-war activists and counterculture enthusiasts throughout the 1960s.

Even to this day, John Lennon’s music continues to have huge appeal in pop culture and entertainment. His hit song “Imagine”, from the album Imagine (1971), became synonymous with him, making him one of the greatest musicians the world has ever seen.

Below, World History Edu explores 8 all-important achievements of John Lennon, the legendary singer and songwriter who founded the English rock band the Beatles.

Education: Quarry Bank High School (1952-1957), Liverpool College of Art (got kicked out in his final year) 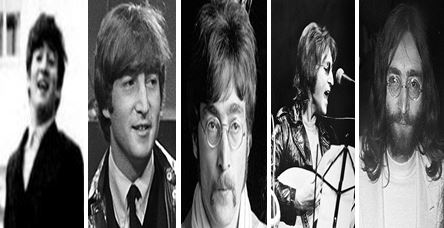 Started a music band when he was just 15

While in his high school, Lennon formed a music band called the Quarrymen, a name he derived from his school’s name (Quarry Bank High School). Lennon at this time was quite a rebellious teenager. His mother had given custody rights to his maternal aunt Mimi, and his father had abandoned him. So you could say that music was just one of the few avenues of escape that he could find.

Being a skiffle-oriented group, the Quarrymen blended jazz, blues and American folk music. Lennon also infused a bit of rock and roll in the band’s performances, which were quite good. It was on the second performance, in the summer of 1957, that Lennon met Paul McCartney, a talented singer and songwriter who would forever shape the music career of Lennon. The pair met on July 6 at the St Peter’s Church garden fete.

Did you know: John Lennon’s high school band initially went by the name the Blackjacks before settling on the name the Quarrymen?

In 1958, a 14-year-old George Harrison, who was a friend of McCartney, was made the band’s lead guitarist. Then in 1960, Stuart Sutcliffe (also known as Stu Stutcliffe), a friend of Lennon, was selected for the role of bassist. It was these four young men that formed the nucleus of Lennon’s band, by which time was called the “Silver Beetles”. Stu Stutcliffe was the originator of the name, taking cues from the band the Crickets.

By August 1960, Lennon had changed the group’s name to the Beatles.  The name is reasoned to have come from the word ‘beat’. With the help of Allan Williams, Lennon and his mates took residence in Hamburg between mid-August and December. The band by this time had added a drummer called Pete Best. Lennon and his band performed in bars across the city.

All in all, the Beatles released 13 albums, including famous ones such as Please Please Me (1963), Help! (1965), and Sgt. Pepper’s Lonely Hearts Club Band (1967), Abbey Road (1969). Those albums were primarily one of the reasons why the Beatles catapulted to legendary status in the music industry.

Combining brilliantly with his band mates, Lennon’s work helped make the band arguably the most influential band of all time. Lennon led the band during what came to be termed as the British Invasion of the U.S. music industry, with debut hit A Hard Day’s Night (1964).

Even though it was disbanded in 1970, the Beatles continue to hold several music records. For example, having sold more than half a billion units globally, the band is considered the best-selling music act of all time. Owing to the fact that the band has sold close to 200 million units, the Beatles hold the title for the best-selling act in the U.S. Their record in terms of the most No. 1 hits on the Billboard Hot 100 chart remains intact. And no other band has sold more singles in the UK than the Beatles.

In 1988, the band’s indelible mark in the music industry was recognized when it was inducted into the Rock and Roll Hall of Fame. John Lennon received a posthumous induction in 1994.

Lennon’s work in the band is largely responsible for the Beatles’ numerous accolades and awards, including a whopping seven Grammy Awards, an Academy Award, more than a dozen Ivor Novello Awards, and four Brit Awards.

Did you know: A 2002 British Broadcasting Corporation (BBC) poll showed that Britons to this day hold in high esteem, as he placed eight on the list of 100 Greatest Britons?

Co-wrote some of the best songs ever 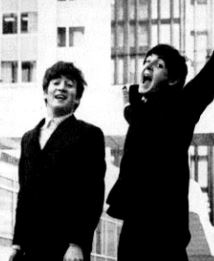 Supported by the musical genius and songwriting skills of fellow band mate Paul McCartney, John Lennon wrote some of the best songs of the second half of the 20th century. The first smash song the pair wrote was the band’s first single “Love Me Do”, which was released in October 1962. The song got to No. 17 on the Record Retailer chart.

A few months later, in February, Lennon and the Beatles were at it again, recording their debut LP Please Pleas Me, of which Lennon and McCartney wrote eight out of the fourteen tracks. It has been stated that the band spent about 10 hours recording the album, which went on to attain number one positions on every UK chart, except Record Retailer, where it came in at No. 2. 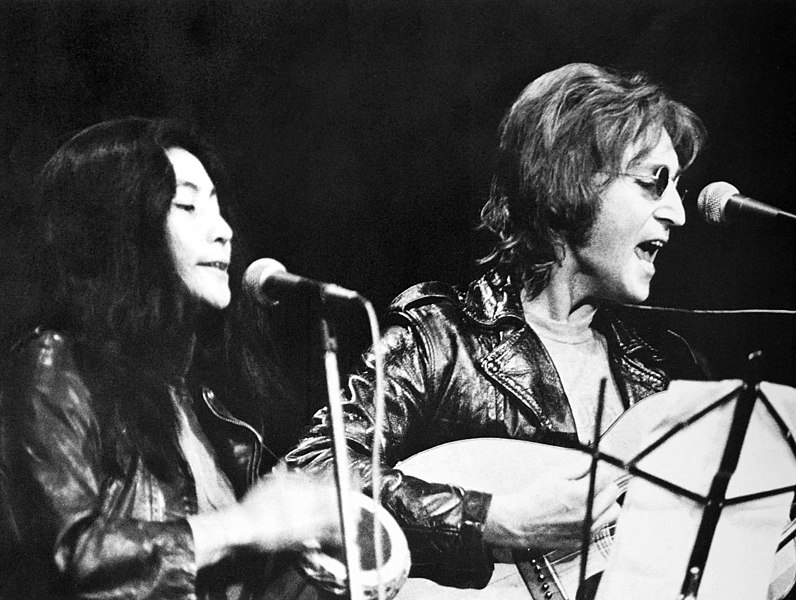 Beginning around the mid-1960s, John Lennon’s reputation as an anti-war activist started to gain momentum.. The Liverpool-born musician was involved in How I Won the war (1966) – an anti-war black comedy that was to protest all the major wars around the world at the time.

His “All You Need Is Love” song in 1967 also became a favorite for peace activists in both the United States and the UK.

As his relationship developed with Japanese artist and musician Yoko Ono, Lennon became increasingly preoccupied with the anti-war movement. Following their marriage in 1969, Lennon’s single “Give Peace a Chance” was used by vocal protesters to protest the Vietnam War. Similarly, his song “All You Need Is Love” (1967) became quite popular among peace activists during the later 1960s.

To show his complete angst towards Britain’s alleged participation in the Nigerian Civil War and other conflicts across the globe, he returned the MBE medal that he had earlier received.

Did you know: The anti-war black comedy How I Won the war (1966) was Lennon’s only appearance in a non-Beatles feature film?

Attained successes as a solo artiste

Following the death of the Beatles’ manager Brian Epstein in 1967, the Beatles went into slight disarray. Paul McCartney stepped up to plate and led the group. However, not all the band mates were particularly pleased with McCartney’s leadership. By 1969, the friction among the members over Lennon’s preoccupation with Yoko Ono had become palpable. One thing led to another, and Lennon left the band in September 1969.

John Lennon would go on to chart his own path, along with his wife Yoko. His first solo album, John Lennon/Plastic Ono Band, was released in 1970. The album, which contained songs such as “Mother” and “Working Class Hero”, received critical acclaim even though it was not a commercial hit.

Lennon also collaborated extensively with his music partner and wife Yoko Ono in albums like Yoko Ono/Plastic Ono Band (1970), Some Time in New York City (1972), Double Fantasy (1980), and a few others.  Famous singles of his in that period included the likes of “(Just Like) Starting Over” (1980). 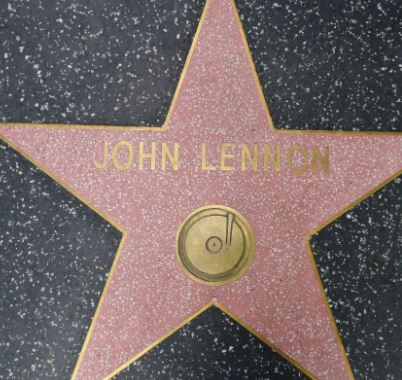 Perhaps the most defining album of his solo career as a musician was Imagine, which was released in September 1971 by Apple Records. The album’s opening title track, “Imagine”, was such a smash that it became synonymous with John Lennon.

With themes of peace and love, Imagine received enormous praise from critics, translating into huge commercial success, as it rightfully peaked at No. 1 on charts in the UK and the U.S.

To this day, the album ranks high whenever a compilation of best albums of all time is made. The famous American monthly magazine Rolling Stone ranked it at No. 80 on their list of the 500 Greatest Albums of All Time.

Did you know: John Lennon was ranked by the magazine Rolling Stone as the fifth greatest singers of all time?

Member of the Order of the British Empire

In recognition of the Beatles huge impact in the music industry, Lennon and his fellow band members – McCartney, Ringo Starr, and George Harrison – were honored at the 1965 Queen Elizabeth II’s Birthday Honors. The event bestows knighthood on individuals that have contributed immensely to society.

Prior to his knighthood, Lennon and his band had gone on extensive tours and had become the most famous band in the UK. In February 1964, he and his band members appeared on The Ed Sullivan Show, and by so doing the group broke into the U.S. market and markets across the globe.

Did you know: John Lennon was regarded as the Beatle’s de facto leader in the first few years of the 1960s? After the death of Brian Epstein – the band’s manager – Lennon gradually relinquished leadership to band mate Paul McCartney.

John Lennon achievements | John Lennon’s controversial remark to Evening Standard reporter Maureen Cleavev in 1966. His statement caused a huge uproar in the U.S., resulting in the Beatles records getting burnt, as well as threats from radical groups like the Ku Klux Klan (KKK). The Beatles briefly stopped touring the U.S.

Other accomplishments of John Lennon