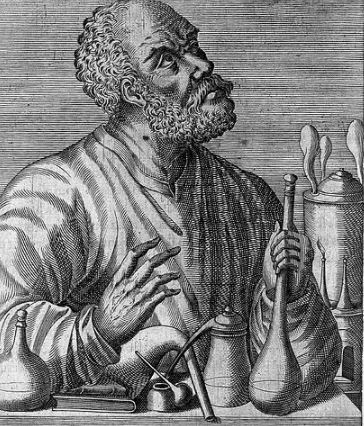 Jabir ibn Hayyan was an 8th century famous Arab scientists, philosopher, and pharmacist. Due to the immense contribution he had in the fields of alchemy and chemistry, he came to be known as the “Father of modern chemistry”.  He is often credited with being the author of a variety of books on subjects such as Shi’ite religious philosophy, alchemy, chemistry and astronomy. Generally called the Jabirian corpus, the works of Jabir had a tremendous influence on scholarship in not just the Islamic world but also all across Europe.

Beginning around the 10th century Islamic scholars began to have serious doubt as to whether Jabir ibn ever existed. Some historians, including modern historians, state that the name Jabir ibn Hayyan was a pseudonym used by some Shi’ite scholars in the field of chemistry, alchemy and metallurgy during the 8th and 9th centuries. They go on to further state that it was highly unlikely that a single figure could have produced that many works in a lifetime.

Who was Jabir ibn Hayyan?

In 721 CE, Jabir ibn Hayyan was born in Tus in the Khorasan region (in modern day eastern Iran), according to Baghdadi bibliographer Ibn al-Nadīm (c. 933–995). The region in which Jabir was born was part of the Umayyad Caliphate, the second Islamic caliphate.

It is also popularly held that Jabir ibn Hayyan’s father was the pharmacist Hayyan-al-Azadi of the al-Azdi tribe. His father was quite vocal in supporting the Abbasids claim to the Islamic Caliphate. At one point, his father tried to organize some communities in Khorasan to revolt against the rule of the Umayyad Caliphate. And so, his father was apprehended and later executed by the Umayyad authorities.

Following the death of his father, Jabir and his Al-Azadi family fled to Yemen, where Jabir was placed in the care of a very distinguished scholar, Harbi al-Himyari. The young Jabir was tutored on so many subjects, including Islamic studies, chemistry, alchemy, and mathematics.

As he grew older, Jabir would study under different scholars and imams. For example, he received some bit of education from Jafar Al-Sadiq, a Shi’ite imam who had strong ties to the Abbasids.

Additionally, Jabir received tutelage in alchemy from some ministers of Caliph Harun al-Rashid.

After falling out with Caliph Harun al-Rashid, he was sentenced to death in 803. Jabir tried to evade the sentence by fleeing to Kufa; however, he was rounded up by the authorities and placed under house arrest for the remainder of his life. The famous Iranian chemist and alchemist passed away around 815 in Kufah (present-day Iraq).

The following are eight major accomplishments of Jabir ibn Hayyan:

Many of Jabir’s works in chemistry highlighted the importance of having a systematic approach to carrying out experimentation.  As a matter of fact, his works contains the oldest known systematic classification of chemical substances.

Jabir had tremendous influence on alchemy, turning the field into one that relied more on science than on superstition.

In a bid to gain greater understanding of chemical processes in general, he came out with a number of chemical laboratory equipment, including alembic that makes the distillation process much safer and more efficient.

He also discovered how an inorganic material could be derived from organic substances. By so doing he was able to comprehend some of the chemical processes that the chemist world to this day relies on in the laboratory. Examples of some of the substances that he discovered were hydrochloric and nitric acids. Thus he was able to obtain sulphuric acid from the distillation of a number of salts together.

He advanced the sulphur-mercury theory of metals and had a tremendous influence on the way steel and other metals were made. Up until the 18th century, the mineralogical theory relied heavily on his writings. His theories were applied in the prevention of rust, leather tanning, glass making, and gold engraving.

He developed the “Science of the Balance” (ʿilm al-mīzān), which involved trying to reduce all phenomena – including material substances – into measurable or quantifiable amounts. His book titled “The Books of the Balances” (Kutub al-Mawāzīn) applies the science of balance to a host of subject matters from cosmology to mathematics. The book was of a huge influence on so many scholars across the world, particular a 10th century Egyptian alchemist by the name of Ibn Umayl. 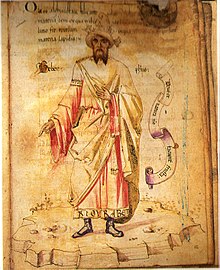 Most known for – the Jabirian corpus

Most notable works – ‘Kitab-Al-Sab’een’ (‘Book of Eastern Mercury’), The Book of Comprehensiveness (Kitāb al-Ishtimāl), ‘The Books of the Balances’ (Kutub al-Mawāzīn), ‘The Invention of Verity’, ‘The Book of Fifty’ (Kitāb al-Khamsīn), The Five Hundred Books (al-Kutub al-Khamsumiʾa)

Latinized version of his name – Geber

Career in alchemy and pharmacy

Jabir ibn Hayyan followed in his father’s footstep and started practicing pharmacy after completing his studies. He also received some amount of support from the Caliph’s ministers.

Jabir ibn Hayyan is credited with writing “The Book of the Blossom” for Caliph Harun-al Rashid. The book, which was about alchemy, was well received by the Caliph, instructing him on the basics in the field.

Jabir was also involved in the translation of several alchemical books and transcripts from Latin and Greek into Arabic.

It was estimated that a figure (or figures) with the name Jabir ibn Hayyan wrote a large number of Arabic works. The works came either in short treatises or larger collections in fields such as mathematics, astronomy, astrology, botany, zoology, medicine and a host of other disciplines.

The most famous of those collections are The Great Book on Specific Properties, The One Hundred and Twelve Books, and The Five Hundred Books.

Majority of the Jabirian treatises that we have today are in the fields of chemistry or alchemy. There are some in the areas of astronomy, magic and cosmology.

Examples some of alchemical works credited to Jabir ibn Hayyan are The Great Book of Mercy (Kitāb al-Raḥma al-kabīr), The Seventy Books (al-Kutub al-sabʿūn), The Ten Books of Rectifications (al-Muṣaḥḥaḥāt al-ʿashara), and The Books of the Balances (Kutub al-Mawāzīn),

According to the historian Paul Kraus, about 3,000 works were attributed to Jabir, making many to doubt the identity of Jabir. Some scholars have also doubted whether Jabir was the one who wrote all those works. The level of disparity found, in terms of the style and the content of those works, make it improbable that they belong to a single writer.

It has been stated that the name Jabir ibn Hayyan was a pseudonym often used by Shi’ite scholars and alchemists in the late 9th and early 10th centuries.

In the 13th century, an author claiming to be Geber produced a number of works in metallurgical and alchemy.