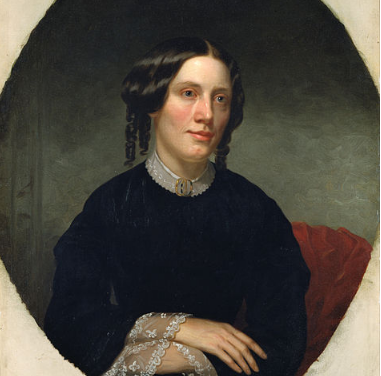 Renowned for being the author of the famous 19th-century novel Uncle Tom’s Cabin (1852), Harriet Beecher Stowe was an American author and educator who fought tirelessly with leading abolitionist to end slavery in America.

Mrs. Stowe’s book came to be extremely popular among abolitionists across the country. However, the book was met with unbridled scorn in the South. Historians have stated that Stowe’s Uncle Tom’s Cabin contributed immensely in rallying many Northerners against the institution of slavery, which in turn was one of the reasons for the breakout of the American Civil War.

What are the other things that make Harriet Beecher Stowe famous? How was she educated? How was her childhood like? And what are her most notable accomplishments?

Learn about the life, works and major achievements of Harriet Beecher Stowe.

Role in: Fighting against the perpetuation of slavery

In her decades’ long writing career, she produced more than three dozen books, including novels, religious poems, and travel memoirs. In addition to being an influential writer, she was also an educator.

Born on June 14, 1811, in Litchfield, Connecticut, U.S., Harriet Elizabeth Beecher hailed from a very distinguished family. Her father was a Presbyterian minister. When she was five years old, she lost her mother, Roxana Foote Beecher.

Her father, Reverend Minister Lyman Beecher, instilled in Harriet and her siblings the habit of reading and learning.

She had 12 siblings (including half-siblings) who like her excelled in literary works. Some of those siblings of Harriet Stowe like Catherine Beecher, Edward Beecher, Charles, and Henry Ward Beecher.  The latter went on to be a renowned civil rights and anti-slavery activist.

From 1824 to 1827, she was a student at older sister Catherine’s school (the Hartford Female Seminary) in Hartford, Connecticut. Her sister Catherine Beecher had a massive influence on her. The education she received was quite different from the kind that girls received in her era. At her sister’s school, Harriet was taught mathematics, science, the Classics, and a host of languages. After graduating from the school, Harriet became a tutor.

In 1832, Harriet, her sister and her father relocated to Cincinnati, Ohio, where her father was appointed the head of Lane Theological Seminary. 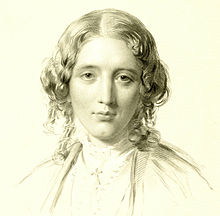 Harriet was the seventh child of her parents, Lyman Beecher, a Presbyterian preacher, and Roxana Foote, a devout Christian. | Portrait of Harriet Beecher Stowe by Francis Holl, 1853

Her writing prowess began to blossom around her early 20s, when she started writing a few stories and short tales. It’s been said that she was talented writer, almost similar to many of her family members.

Harriet sent her stories and tales to be published in many local journals in Cincinnati. Encouraged by her husband Calvin Ellis Stowe, a clergyman and seminary professor, she would continue writing, publishing The Mayflower in 1843.

Harriet Beecher Stowe’s writings about slavery in the South

Living quite close to a slave-holding community in Kentucky, Harriet Beecher Stowe took to the habit of observing and writing down the stories she heard from runaway slaves that she came into contact with. The narrations of those slaves’ plight and torture at the hands of their slave owners helped Harriet truly understand the culture in the south. She also took a number of visits to the South in order to gain a proper understanding of the life in those parts of the United States.

After spending close to two decades in Cincinnati, Harriet relocated with her husband and children to Brunswick, Maine in 1850. Her husband had been appointed professor at a local college in Maine.

Due to her proximity to a Kentucky, a slave-holding state, Harriet often came into contact with many escaped slaves from the state. Over time, she was able to compile numerous distressing stories narrated by those enslaved people. Out of that compilation came forth her critically acclaimed book Uncle Tom’s Cabin.

Still moved by the plight of enslaved African Americans, Harriet Beecher continued to write about slavery in the U.S. She drew a lot of inspiration from the works of abolitionists.

How the Lane Debates on Slavery inspired Harriett Beecher Stowe

Harriett Beecher Stowe was inspired by the articulate and emotionally charged speeches given at the Lane Debates on Slavery. She particularly found the speeches of former slave James Bradley very enlightening. Bradley, an African-American activist who championed equality, educational opportunities and freedom for all, was the only black person allowed to speak at the debates. | Image: Lane Theological Seminary, Cincinnati, Ohio, was active from 1829 to 1932

Organized by the Lane Theological Seminary in Walnut Hills, Cincinnati, Ohio, the Lane Debates on Slavery were the talk of town throughout 1834. With approval from Lymann Beecher, Lane’s president and father of Harriett Beecher, the debate over slavery saw the likes of James Bradley, a former slave who purchased his freedom, and student body head Theodore Dwight Weld give inspiring speeches against slavery in America.

As a result of those debates, more and more people became radicalized towards slavery. The debates had so much impact that pro-slavery Southerners and anti-abolitionist whites pushed back and piled up pressure on the board of Lane Theological Seminary to end the debates. Concerned of the violence that could be unleashed from those radical slavery supporters, Stowe’s father and the seminary’s board placed a ban on the discussion of the topic. The ban caused members of the anti-slavery student body to move their activities to Oberlin, Ohio.

Effect of the Fugitive Slave Act (1850) on Stowe

The Fugitive Slave Law of 1850 made it an offence to give assistance to any runaway slave in the United States. It also empowered bounty hunters to use whatever means to catch fugitives and return them to their slave owners.

No doubt that the act influenced Harriet Beecher Stowe’s decision to expose the atrocities committed by slave owners in the South. Stowe’s exposition was brilliantly packaged as Uncle Tom’s Cabin, which in turn fueled strong opposition towards slavery in America. 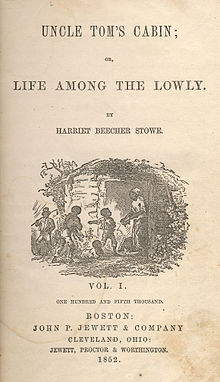 In 1851, she wrote a brilliant antislavery paper which got published in the National Era in Washington, D.C. Stowe also struck a good working relationship with Gamaliel Bailey, the editor of the weekly anti-slavery journal.

A year later, in 1852, she compiled those tales into a book titled Uncle Tom’s Cabin. The book, which sold more than quarter of a million copies in the first year alone, brought Harriet Beecher into the limelight. Very much beloved by abolitionists, Uncle Tom’s Cabin whipped up a lot of antislavery sentiments, particularly in the North were it was dramatized a number of times in front of enthusiastic viewers. In the South, however, the book was rejected out rightly due to its antislavery tone.

Many historians regard Uncle Tom’s Cabin as one of the most famous and highly controversial works of the 19th century.

Following the release of Harriet Beecher Stowe’s Uncle Tom’s Cabin in 1851, there some critics who doubted the veracity of some of the stories in the book. Harriet Beecher responded to those critics, particularly critics from the South, by authoring A Key to Uncle Tom’s Cabin in 1853. In the book, the author provides detailed testimonies from escaped slaves about how brutal a life they lived in the South.

Stowe’s books catapulted her to international stardom, especially among abolitionists. In 1853, she made a trip across the Atlantic to England, where she had been invited by human rights activists and members of the literary community.

A Key to Uncle Tom’s Cabin (1853) was Stowe’s response to criticisms, primarily from pro-slavery authors and activists in the South. With documents and verified reports about her depiction of slavery, the book backed the stories she made in her previous novel. 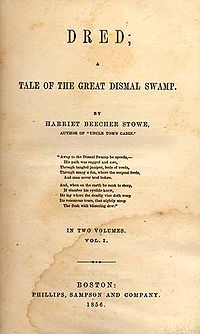 A woman of letters, Stowe authored many essays, articles and books, including fiction and religious poems. Image: Title page of the first edition of Stowe’s book Dred: A Tale of the Great Dismal Swamp

Five years after her critically acclaimed book Uncle Tom’s Cabin was published, Harriet Beecher Stowe authored Dred: A Tale of the Great Dismal Swamp. In the book, she goes after the American society whose constitution preaches equality and liberty but somehow could not bring an end to the barbaric practice of owning another human being. The book, like her previous books, was met with positive reviews from abolitionists on both sides of the Atlantic. 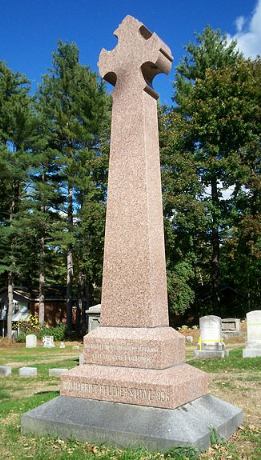 On July 2, 1896, Harriet Beecher Stowe died at home in Connecticut. Her family stated that she had suffered from mental issues in her final few years. The Litchfield, Connecticut-born author and abolitionist died at the age of 85. She was buried at a cemetery in Andover, Massachusetts. Her husband Calvin E. Stowe and son Henry Ellis are also buried in the same cemetery.

Other works and publications 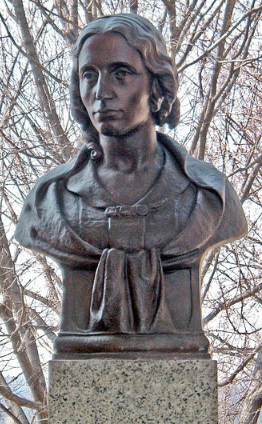 The Atlantic Monthly (now The Atlantic), a Washington, D.C.-based journal of news and literature, were more than enthused to publish many of the articles written by Harriet Beecher Stowe.

Other journals and newspapers like the Christian Union and New York City’s the Independent were also interested in Stowe’s compilation of stories of slavery in the America.

Another very controversial work by Stowe came in the article that she published in The Atlantic in 1869. In the article, she accused Lord Byron, a famous English poet of high born, of having incestuous relationship with his half-sister. The article was met with a lot of scorn from large sections of the British public.