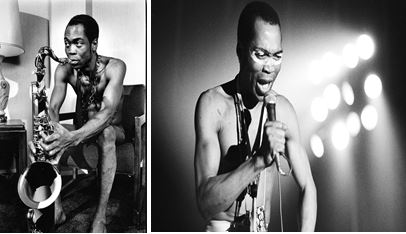 Cause of death: Complications from AIDS

Spouses: Over 27, including his first wife Remilekun (Remi) Taylor

Afrobeat legend Fela Kuti was a Nigerian multi-instrumentalist most known for using his Afro-centric music to voice out his disgust at the unnecessary sufferings Africans had to endure under autocratic and corrupt regimes. With hits like “Sorrow Tears and Blood” (1977), “Zombie” (1976) and “Shakara (Oloje)” (1972), it comes as no surprise that he was nominated 11 times at the Tony Awards.

Where did Fela Kuti grow up?

His place of birth was at Abeokuta, Ogun State, Nigeria (formerly the British colony of Nigeria). Both his parents were well-respected members of the community; for example, his father, aside from being a reverend minister, was the head of teachers’ union in Nigeria. His mother, a Lenin Peace Prize winner, was a renowned feminist and human rights activist most known for campaigning against Britain’s colonial rule in Nigeria.

Kuti grew up with a number of siblings, including brothers Olikoye Ransome-Kuti and Beko Ransome-Kuti, both of who went on to become distinguished medical doctors in Nigeria.

Another distinguished member of Fela Kuti’s family is famous Nigerian playwright, poet and essayist Wole Soyinka. The Nobel laureate (in literature) is Kuti’s cousin once removed. 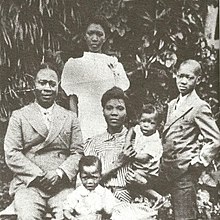 After studying at Abeokuta Grammar School, Fela Kuti went abroad to study music at London Trinity College of Music, going against his parents’ desire of him studying medicine.

While in London he formed a music band called the Koola Lobitos. His band often played a kind of music that blended jazz with highlife (a Ghanaian music genre that fuses Akan music with jazz).

After about five years living in the UK, he went back to Nigeria, where he continued playing with his band. He also trained to become a radio producer.

Fela Kuti quotes | Starting in the mid-1960s up until 1979, Fela Kuti and legendary Afrobeat drummer Tony Allen (1940-2020) formed an impressive music partnership, producing over 30 albums together.

Fela Kuti is often hailed as the greatest pioneer of Afrobeat, the West African musical style that blends fuji music, Yoruba music, Ghanaian highlife, and American jazz, soul and funk. He is credited with coining the name of this particular music genre.

Having visited neighboring West African country Ghana in the late 1960s, the Nigerian multi-instrumentalist is believed to have drawn quite a lot of inspiration from Ghanaian highlife musicians, particularly Cape Coast Sugar Babies, E.K. Nyame, King Bruce of the Black Beats, and the “King of Highlife” music Yebuah Mensah.

During his close to one year stay in the United States, Kuti and his band the Koola Lobitos took a very strong liking to the ideas and philosophies of numerous Black Power activists, particularly members of the Black Panther Party (BPP).

The Afrobeat musician began to make music with themes of Black struggle as well as Black pride. His experiences in the U.S. also notched him deeper into the world of political activism upon his return to Nigeria.

A change in the band’s name from Koola Lobitos to Fela Ransome Kuti & the Africa ’70 came with significant changes in the band’s outlook. Beginning in the early 1970s, Kuti began to write politically charged lyrics critical of the various military regimes on the continent.

Throughout his life, he always bemoaned the irreparable damage European colonial rule of Africa had on the economic and social lives of Africans.

He saw corrupt and autocratic regimes across the continent as both the cause and symptom of chronic poverty and unemployment, which in turn results in widening of the gap between the ultra-rich and those living in poverty.

For his political activism in Nigeria, he was arrested countless number of times, with the longest of his prison sentence coming in 1984, when he spent about 20 months on the inside.

In order to get his message across to a wider audience, he wrote a number of newspaper columns under the name “Chief Priest Say”. Aside from the political undertones, the columns were designed to promote African culture and pride among Nigerians.

Kuti’s denunciation of Islam and Christianity – the two major religions in Nigeria – was an attempt to create a true African culture and religion among Nigerians. His songs titled “Gentleman” and “J.J.D. (Johnny Just Drop)” perfectly capture the above point.

Kuti was a big advocate of Pan-Africanist ideas, drawing many of them from Ghana’s Kwame Nkrumah and Burkina Faso’s charismatic leader Thomas Sankara. Many of his songs admonished Nigerians for not doing enough to halt the spread of European cultural imperialism. He believed that the Western lifestyle and foreign religious beliefs not only created division in the country but also affected the socio-economic growth of Nigeria.

Set up a few kilometers from the city center in Lagos, Kalakuta Republic was intended to serve as a safe haven for like-minded musicians, artists and political activists.

The Afrobeat musician’s complex had all the basic amenities to help his band flourish and maintain its pressure on the then-military government of Nigeria. In addition to providing accommodation facilities for his family and band members, Kuti’s Kalakuta Republic also had a thriving recording studio, a hotel ( the Empire Hotel), a nightclub, and a health clinic.

Kuti’s nightclub, the Afrika Shrine, hosted several performances of his as well as other Yoruba traditional ceremonies.

Rise to fame and conflicts with military juntas in Nigeria

In the years that followed, Kuti’s songs were well received not just in Nigeria but across Africa. He stuck to his Yoruba and African roots, preferring to sing in Nigerian Pidgin English and a bit of Yoruba.

Although he quickly became a beloved figure in the Nigeria music industry, his vocal criticism of the military made him an enemy of then military head of state General Olusegun Obasanjo.

Often times, his Kalakuta commune in Lagos, as well as other homes of his, were raided by the police. And in almost every raid, Kuti and his band members were assaulted and briefly placed behind bars. Regardless, he was still continued to criticize the military government and the horrific atrocities committed in Biafra during the Nigerian Civil War (1967-1970).

In some cases, however, the police raided his nightclub (the Shrine) because he openly promoted the use of marijuana, an illegal substance in Nigeria.

Kalakuta Republic, as well as the continuous criticisms of the military junta that emanated from the commune, was just one of the many reasons why Fela Kuti rose to such critical acclaim in Nigeria.

In so many ways many of his exposed exposed the country’s endemic corruption and abuse of power by top Nigerian military officials. Take the example of Fela Kuti’s 1977 hit-album titled Zombie that made a huge mockery of the Nigerian military, calling the soldiers a bunch of brainless zombies who obeyed every command of their superiors, even if the command was unethical and obnoxious.

And as if the Zombie album was not enough poking of the bear, the Afrobeat musician had declared Kalakuta Republic independent from Nigeria few years prior to the release of the album.

Obviously those scathing criticisms ultimately incurred the wrath of the authoritarian military junta. In February 1977, more than a thousand military soldiers were stormed into Kuti’s Kalukuta Republic.

Kuti and his band mates were beaten to pulp. His studio equipment and master records were all destroyed. Hoping to silence Fela Kuti for good, the military soldiers set ablaze the commune; completely destroying a place he considered his sanctuary.  Had it not been for the swift intervention of a commanding officer on the scene, Kuti would most likely have died on that day.

The worst part of it all was that his mother and fellow political activist Funmilayo Anikulapo-Kuti (Francis Abigail Olufunmilayo Thomas) was brutally assaulted and then thrown from a second-floor window. The life-threatening injuries that she sustained ultimately claimed her life on April 13, 1977.

Fela Kuti on what it means to be spiritual

“Coffin for Head of State”

To commemorate the one-year anniversary of his mother’s death, Fela Kuti marched with a coffin for about 20 kilometres and then delivered it to the-then Nigeria’s Supreme Military Headquarters (Dodan Barracks) in Lagos. By placing the coffin right in front of the military barracks, Kuti was asking for accountability and justice for his mother’s death.

He further released to well-received songs titled “Unknown Soldier” and “Coffin for Head of State”. Both of those songs made reference to the raid on his Kalakuta’s commune. The song “Unknown Soldier” was his way of mocking and criticizing the official military statement of the Nigerian military that claimed that the raid on Kuti’s commune in Lagos was perpetrated by a group of “1000 unknown soldiers”.

In the years leading up to his death, he was relatively inactive in the music industry partly due to his deteriorating health as well as the tyrannical nature of the then-military government in Nigeria.

On August 3, 1997, news broke out of the death of Fela Kuti, aged 58. The acclaimed musician and political activist had died of complications related to AIDS. It was ironical, considering the fact that Kuti had on several occasions denied the existence of AIDS.

After his death, his youngest son Seun Kuti became the band leader of the Egypt ’80. Today, the band goes by the name Seun Kuti & Egypt 80.

One of the biggest artists to draw immense inspiration from Afrobeat king Fela Kuti is Burna Boy. The Nigerian musical icon who has collaborated with some global superstars, including Beyoncé, has on numerous occasions mentioned that he religiously listens to Fela Kuti’s songs.

Kuti was a true master showman when he performed on stage. He often described his performance on stage as an “Underground Spiritual Game” that allowed him to communicate the true spirit and identity of Africa to the rest of the world.