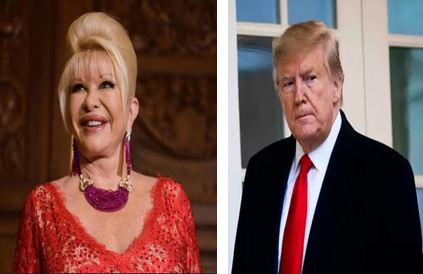 Long before he became America’s 45th president, Donald J. Trump had already planted his name in the American media as a successful business tycoon. But for those who know Mr. Trump so well, it would not be a new story to hear that the president got married on three different occasions. In 1977, Ivana Zelníčková became the first woman to marry Donald Trump. After being together for over a decade, their marriage was blessed with three kids: Eric, Ivanka, and Donald Trump Jr. However, circumstances beyond their control resulted in the couple going their separate ways in 1990; Trump had fallen for a different woman, Marla Maples.

She was a Ski Instructor

Born in Czechoslovakia (now Czech Republic & Slovakia) on February 20, 1949, Ivana was active in skiing starting at a very young age. At 13-years-old, Ivana’s dad Miloš Zelníček taught his daughter the art of skiing. She participated in competitive skiing tournaments in Europe. Moving to Canada in the 1970s, Ivana worked as a ski instructor for a while before venturing into modeling.

In 1967, Ivana entered Charles University. Ivana had stated that she used to ski back at college. She even bragged about how her name was mentioned as part of Czechoslovakia’s team of ski competitors for the 1972  Winter Olympics. However, the authenticity of her claims has been questioned many times since it appeared Czechoslovakia never even sent ski competitors to the 1972 Olympics.

In 1976, Ivana and other models went to New York to assist with promotion activities for the Montreal Summer Olympics. It was during her modeling career in New York that she and the upcoming business mogul Donald Trump clicked. The truth is that Trump is often known for having a strong chemistry with women in the fashion industry and models; so it was not surprising when the couple married in 1977.

Worked in the Trump Organization

After marrying a real estate husband, Mrs. Trump became a big asset to the Trump Organization. She worked as an interior design consultant in her husband’s big real estate projects, including the Trump Tower, Trump Plaza Hotel, as well his Atlantic City Casino. She also performed executive functions in the Trump Plaza Hotel for a long time.

Before marrying the business magnate Donald Trump, Ivana had a failed marriage with Alfred Winklmayr, an Austrian ski instructor. She allegedly married Alfred in 1971 in order to secure Austrian citizenship; they divorced in 1973. Marrying Donald Trump in 1977, their marriage was ruined by Donald’s affair with Marla Maples. Ivana benefited from her divorce settlement of $20 million, paid to her by Donald Trump. In 1995, she then married an Italian business tycoon by name Riccardo Mazzucchelli; 2 years later, they separated.

Ivana’s 4th ex-husband is Rossano Rubicondi; they married in 2008 and divorced in 2009.

Apart from being a reality star, Ivana is an author, credited with writing novels such as “For Love Alone” (1992), “Free to Love” (1993), and other books. Ivana is the owner of the Ivana Haute Couture, and Ivana Inc. She’s a millionaire with an estimated net worth of $60 million.

She Still Keeps in Touch with Trump

During Trump’s bid for the presidency in 2016 US presidential election, Ivana supported him. After winning the presidency, Trump offered her an ambassadorial role to the Czech Republic, but she turned it down. Even though their divorce was bitter, she still stayed in touch with Trump throughout his time at the White House. Family and friends close to them maintain that the former couple have a very healthy friendship with each other.