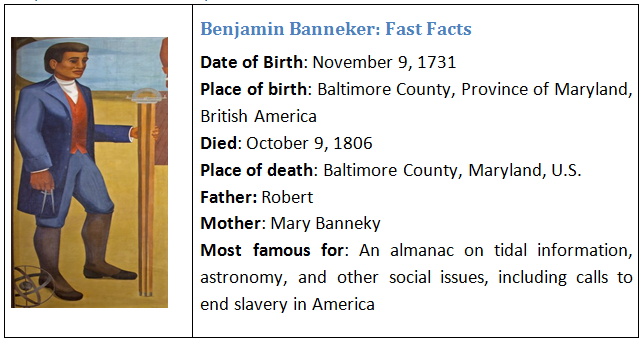 Benjamin Banneker (1731 – 1806) was an African-American self-educated scientist, astronomer and author who is most renowned for his almanac on astronomical calculations and tidal information. Considering the fact that he grew up in colonial America, a time when the majority of African Americans were enslaved, Benjamin Banneker was seen as a shining example of the lofty heights African Americans could attain when born free.

In addition to being a renowned scientist, Benjamin Banneker was a respected abolitionist. He famously wrote a letter to then secretary of state Thomas Jefferson, calling on the future president to consider ending slavery in the United States.

For his contributions to astronomy and other disciplines, Benjamin Banneker is often hailed as the first African-American intellectual mind. Benjamin Banneker received numerous accolades and praise from the scientific community during his lifetime and he is widely regarded as one of the most influential African Americans of all time. Here are his 6 major accomplishments. But first here is a quick look at Benjamin Banneker’s family background and how he was born a free man.

Benjamin Banneker’s paternal grandmother was a late 17th-century English girl by the name of Molly Welsh who was committed into an indentured servitude in America for stealing milk. Shortly after serving her time, she raised a bit of money to buy herself a small farm and a number of slaves.

According to the story, Molly Welsh freed her slaves after a few years. She then fell head over heels for one of her former slaves called Bannaka. Molly and Bannaka gave birth to four children, including a daughter called Mary, Benjamin Banneker’s mother. Like his mother, Benjamin Banneker’s father Robert was also a freed slave from Guinea, a region on the coast of West Africa. That was how come Benjamin Banneker was born a freeman in Ellicott’s Mills, Maryland. 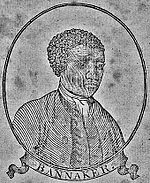 Achievements of Benjamin Banneker | Image: Woodcut portrait of Benjamin Bannaker (Banneker) in title page of a Baltimore edition of his 1795 Pennsylvania, Delaware, Maryland, and Virginia Almanac

Being an African-American in mid-18th century America, Benjamin Banneker did not get as many educational opportunities as white Americans. For some time, he was enrolled at a Quaker school where he took a strong liking to mathematics, writing and science. Eager to make something out of himself, he also read every book that he could lay his hands on.

Benjamin Banneker also benefited tremendously from his association with a Quaker family known as the Ellicotts. For example, he often borrowed books from George Ellicott, the cousin of Major Andrew Ellicott, the famous surveyor who did a lot of surveying work in Washington, D.C.

Gradually, his reputation as a well-mannered and bright young man grew in his county. He spent most of his time repairing machines for people. He was also very good at solving math problems.

The young scientist was said to have been taken aback by a patent watch of a friend, Josef Levi, a merchant. He then went ahead to make drawings of the watch’s mechanics. For many years, he would study those blueprints of the watch, trying to figure out how the watch worked. When he had gained enough understanding of the internal dynamics of the watch, he set out to make his own clock from wood cutout. 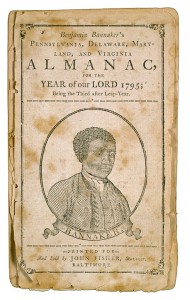 Portrait of Benjamin Banneker from the cover of his 1795 Almanac. Courtesy of the Maryland Historical Society

In addition to being a renowned scientists and astronomer, Banneker was also a very good writer. Having taking the hobby of writing in his early years, Banneker renewed this interest when he was in his early forties as he began writing an Almanac titled Benjamin Banneker’s Pennsylvania, Delaware, Maryland, and Virginia Almanac and Ephemeris. The Almanac, which was published every year, was famous for providing a host of useful information at the time, including things on tide tables, weather predictions, and data on astronomy.

First published in 1792, Benjamin Banneker’s Almanac was published yearly for close to a decade.

In August, 1791, Banneker attached a copy of his first almanac to the letter he sent to then secretary of state Thomas Jefferson. The African-American scientist hoped to provide evidence that a descendant of Africa was capable of high mental reasoning and conducting work into mysteries of nature. Benjamin Banneker to Thomas Jefferson on the plight of enslaved people in the United States

Disheartened by the plight and brutalities that enslaved African Americans had to endure for centuries, Benjamin Banneker tried to use his reputation in the scientific world to lobby for the end of slavery in America. He penned down letter to then-U.S. Secretary of State Thomas Jefferson (later 3rd president of the United States), beseeching the White House foreign chief to fight for the abolishing of slavery in the nation.

Also in the letter, Banneker was a bit critical of Jefferson’s double standards, questioning the future U.S. president’s commitment to racial equality and liberty for all men.

Born a free African-American, Banneker believed that he was a living proof of just how much contribution enslaved African Americans could make to the nation were the shackles binding them removed.   Additionally, he wrote extensively in his almanac on why all men in the country should be given their freedom and treated equally.

Although Thomas Jefferson, a slave owner himself, wrote back to Banneker, the White House foreign chief refused to do anything to alleviate the suffering of enslaved people in America. However, Jefferson was very pleased with Banneker’s almanac and informed the scientist that he had forwarded the work to Marquis de Condorcet, a renowned French philosopher and abolitionist.

Thomas Jefferson’s response to Banneker concerning the issue of slavery in America. The 3rd President of the U.S. was of full praise of the scientist for his accomplishments

He accurately predicted a solar eclipse

As stated above, Benjamin Banneker was very fascinated with bodies in the sky. He took to reading books on astronomy right from an early age. As a mathematician, he was also known for conducting many calculations in a bid to predict the movement of planets and stars. Such was the accuracy of some of his calculations of astronomical events that in 1789 he famously predicted a solar eclipse.

Banneker worked as a surveyor in the nation’s capital Washington D.C.

Following the end of the Revolutionary War, Banneker set out to use his skills in mathematics to good use by working as a land surveyor in Washington D.C. There he worked as an assistant to Major Andrew Ellicott in surveying the boundaries of the District of Columbia, the federal district that houses the capital city of the United States. 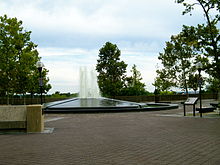 Benjamin Banneker was a free African-American most known for being a self-educated astronomer, scientist, surveyor, and author | Image: Benjamin Banneker Park and Memorial, Washington, D.C.

He was born a freeman in Baltimore County on November 9, 1731. He spent his childhood on his family’s farm and worked in a manner of capacities, including planting tobacco crops.

Benjamin Banneker died on October 9, 1806, aged 74. The cause of his death was likely due to his excessive drinking.

The sheer number of streets, museums, parks and schools in America that are named after Benjamin Banneker is living testimony of how much Americans revere the Maryland-born African-American scientist and author. The most famous of those places is probably the Benjamin Banneker Museum in Oella, Maryland, U.S.

The famous clock that he built is said to have worked in fine manner for more than four decades until it was destroyed in a fire accident.

Banneker’s name may have come from the name of a small village in northwestern Liberia known as Banaka. The village was an active slave trade spot.

Aside from being an African American, Banneker’s anti-slavery sentiments likely came as a result of his time spent at a Quaker school. The Quakers were known for their opposition to slavery, forming movements and advocacy groups to promote racial equality in America.

For reasons unknown to this day, Benjamin Banneker never got married.

At the age of 21, Banneker famously built himself a wooden clock which lasted for more than 40 years. In August, 1791, Banneker famously corresponded with Thomas Jefferson who was by then serving as the Secretary of State of the United States. The correspondence was largely on the topic of slavery and how African Americans were violently oppressed by the institution of slavery.