William Wallace: Who was he, and how did he die?

Appointed Guardian of Scotland, Wallace sacrificed a great deal of time in service to his people until his eventual undoing at the Battle of Falkirk. It is believed that Wallace was apprehended by men under the command of King Edward I of England in 1305. Charged with high treason and offences against the people and monasteries of England, the famous Scot warrior was imprisoned and later hanged, drawn, and quartered.

Who exactly was William Wallace, and how did he die?

Worldhistoryedu.com presents everything you need to know about the life, achievements and legacy of William Wallace – one of the greatest national heroes to emerge from Scotland.

Onset of the Wars of Scottish Independence

The Scots took to arms after King Edward I of England imprisoned the King of the Scots John de Balliol in 1296. Obliged to defend his countrymen from Edward, William Wallace led a group of 30 brave men and ransacked Lanark, slaughtering the English sheriff (William de Heselrig) stationed in the town.

Wallace and his men then turned their attention to a number of military installations that belonged to England. In a bid to halt Wallace’s advances, John de Warenne, earl of Surrey, mobilized an English army and faced off Wallace at Stirling. In spite of Wallace’s men being vastly outnumbered, they were still able to prevail over the English army at the Battle of Stirling Bridge in September 1297.

Buoyed on by a series of battle wins, Wallace and his men marched into northern England and pillaged a number of towns, including Northumberland and Cumberland. But for a few towns, William Wallace was very close to ending England’s hold on Scotland.

His foreign successes against the English earned him a knighthood and the title “Guardian of the Scotland”. It must be noted Wallace’s wins came during King Edward I’s campaigns in France. Upon returning home, the English king marched his army straight into Scotland on July 22, 1298. Outnumbered and outclassed, Wallace suffered an immense defeat at the Battle of Falkirk in Stirling.

Humiliated in the defeat, Wallace faded into obscurity. Some historians claim that he exiled himself to France in 1299. With no one to defend Scotland, the Scots pledged their loyalty to the English king.

Scotland’s dream of independence was further given a big blow when Wallace was caught by the English on August 5, 1305. For years, he had been seen in England as a brute and a traitor to Edward.

How did Sir William Wallace die?

After his capture in 1305, William Wallace was imprisoned at the Tower of London. Stripped naked, he was then humiliated and paraded through the city of London. Some historians claim that his heels were tied together and then he was dragged for about four miles through the streets of London.

Subsequently, King Edward I ordered his men to inflict the most amount of pain possible (without necessarily killing him) on the Scottish knight. And just before he could pass out, the men castrated him. They proceeded to take out most of his digestive organs and burn it right before him.

Finally, the men put their prisoner out his misery by beheading him on April 23, 1305. Wallace’s lifeless body was dismembered (most likely into four parts) and the remains scattered across the land. To serve as a deterrent to would-be insurrectionists and unyielding Scots, Wallace’s dismembered head was placed on a pike close to the London Bridge. This horrific scene was completed by the dismembered heads of Wallace’s brothers – Simon Fraser and John. 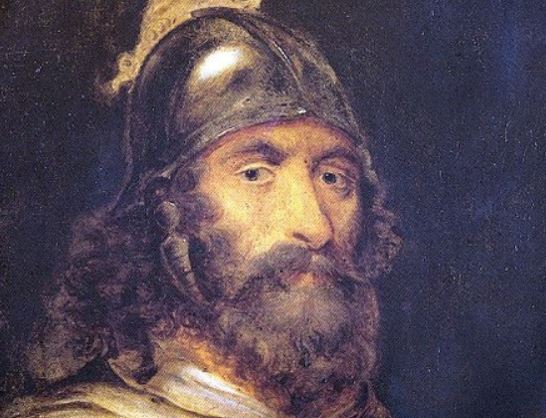 Unbeknownst to King Edward of England, the horrific punishments he visited upon Wallace did exactly the opposite of what he intended; Sir William Wallace’s name and legacy became more profound. And even to this day, he remains one of the greatest Scots to have ever lived.

As it is in the case with all martyrs, William Wallace’s horrific end at the hands of the English served as a catalyst for the Scots to intensify their struggle for independence. About a year after his passing, in 1306, a new Scot warrior, by the name of Robert the Bruce, emerged and led his nation’s rebellion against the English crown.

William Wallace’s execution undoubtedly catapulted him into a legendary status not just among Scots but way across Europe. Stories of him featured throughout the 15th century and farther. For example, the famous 15th century poet Blind Harry depicted William Wallace as the brave hero in his critically acclaimed poem “The Acts and Deeds of Sir William Wallace, Knight of Elderslie”.

Similarly, artists and poets such as Jane Porter and Sir Walter Scott have all written amazing works about William Wallace. 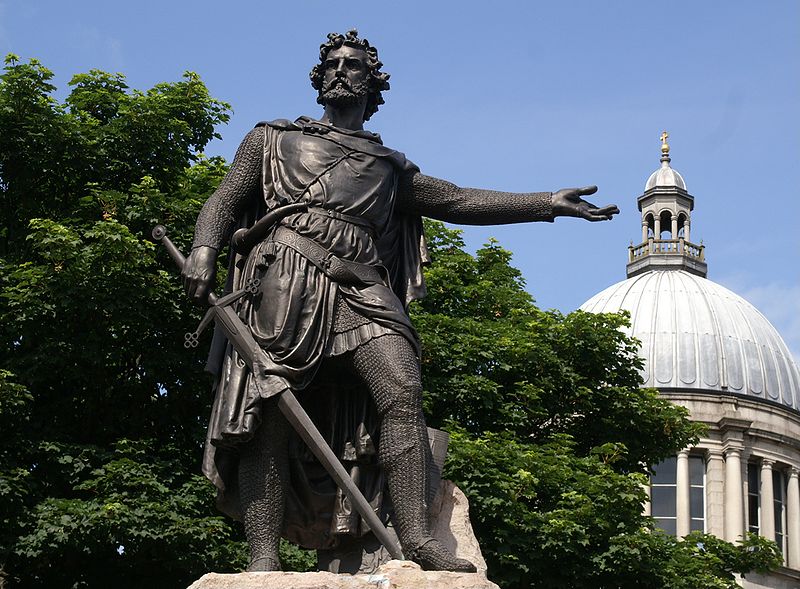 Tags: Edward I of EnglandEnglandExecutionScotlandWars of Scottish Independence