The Legend of King Arthur 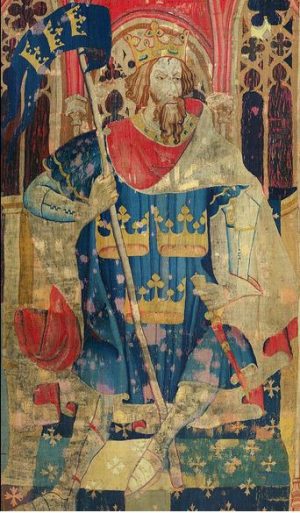 According to medieval fictional writers, King Arthur was a powerful British ruler who fought and defended his empire from being invaded by Saxon warriors, during the early 5th-6th century. King Arthur’s heroic legendary character has been portrayed in many history books. His name gained popularity and entered into the collection of legends known as Matter of Britain. Arthur became a central figure who could never be intentionally left out in the literary works of great historians such as Geoffrey of Monmouth.

Let’s Look at Some Facts About The Legend Of King Arthur:

His Existence and Kingship is Debatable 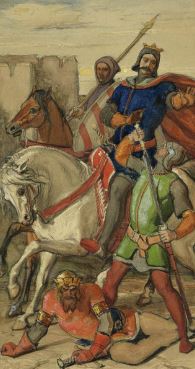 King Arthur is widely regarded as a mythical and legendary character, although there have been contrary supportive claims that Arthur was a real king. The few scholars who support the real existence of Arthur always have some factors to consider. First of all, if Arthur really existed as a war hero, he would have been a commander of an army; not a king. Again, he would have existed for over 500 years ahead of the medieval legends.

So far, many historians think it is more convincing to simply view Arthur as a man who led Britons to conquer an invading force of Saxons and other European enemies during the 5th and 6th centuries AD. In other theories, Arthur has been linked to a Roman army officer called Lucius Artorius. He fought a war against some northern tribes in Scotland during the 2nd century. Calculations show that this happened 300 years before the dates usually quoted for Arthur’s time. This further casts doubts on the true personality of Arthur.

Some schools of thought prefer to raise eyebrows about Arthur’s place of birth and his military bases. The city of Camelot has been pointed to be the birthplace of Arthur. This attribution has been met with opposing views, as some people feel that the idea was invented by 18th-century archaeological investigators such as William Stukeley. In any case, according to Arthurian literature, Camelot is depicted as a castled city which served as King Arthur’s stronghold.

King Arthur’s Round Table of Knights

The Arthurian legendary world can never be approached without the mention of his Round Table. According to poetical writings from Layamon, Arthur requested an English carpenter from Cornwall to design a 1600-seater table for him. Many people opine that the sitting capacity of the table has been exaggerated. What makes things more interesting is the fact that the table was said to be portable. Other myths mention that it was Arthur’s personal magician (Merlin) who made the Round Table.

It has been estimated that about 150 members of the knighthood sat on the Round Table. The knights were the Middle Ages warriors who fought for King Arthur. As a way of testing the abilities of members of the knighthood, the knights embarked on adventurous tasks assigned to them by mythical women. Majority of the tasks were near impossible missions which involved passing through vast forest and clearing dangerous animals.

When the knights successfully finished the first missions, they were asked to finish the final and most tedious task named the “Holy Grail”. Few knights returned alive while trying to complete that mission. On the Round Table, there was no head. All members of the congregation were equal in status.

The Holy Grail and the Passion of Christ

We earlier on understood that the race to the Holy Grail was the most difficult task any knight could have achieved. There is a direct link between the Holy Grail and the Passion of Christ. The bottom line is that the Holy Grail has been thought to be the cup that Jesus used during the Last Supper. When Jesus was being brought down from the cross, the Holy Grail was used to collect some of the Savior’s blood that flowed.

Pentecost came; King Arthur’s 150 knights went to search for the Holy Grail when it surfaced at Camelot. It has been reported that only 3 knights succeed in the mission. The rest of them perished, with the exception of “saints” Sir Bors, Sir Galahad and Sir Percival. The loss of the majority of the knights weakened the strength of the Round Table.

The Arthurian legend continues that, when his men on the Round Table suffered significant losses while chasing for the grail,   the King’s woes were worsened by a secret love affair between one of his best knights (Lancelot) and  Arthur’s queen (Guinevere). The queen was rescued by Lancelot when she was abducted by enemies. When King Arthur attacked Lancelot, his Round Table fell apart.

Following the violence which broke out between Arthur’s men and Lancelot, a son of Arthur (Mordred) went and declared himself as King, while Arthur was still on the battlefield. Arthur hurriedly returned to kill Mordred and take back his power. In the course of killing Mordred, Arthur sustained severe wounds.

As other scenes unfold in the story, one of Arthur’s men (Bedivere) throws the king’s sword into a lake. A hand emerges from the water and claims the sword back.  There comes a boat with 3 queens on board who come to pick the deeply wounded Arthur. They take him to Avalon where the king’s recovery is guaranteed.

King Arthur had a possibility to return to his home country.  It has been suggested that King Arthur’s bones were discovered in 1191, at Glastonbury Abbey. The authenticity of this claim still hangs in the air, even though some bones were actually buried in 1278. The popularity of King Arthur’s legend explains why the story continues to influence modern books, films, and TV shows.