Puyi – the Last Emperor of China 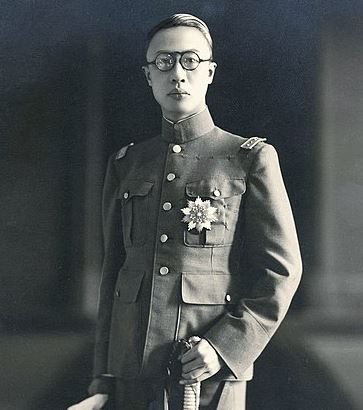 After China’s most radical political transformation of the 20th century – i.e. the Chinese Revolution in 1912 – Puyi was forced to abdicate his throne. He was then imprisoned in his Forbidden City for the next two decades or so. With the help of his English tutor, Puyi fled to a Japanese-controlled city in Northeast China, where he became a puppet-emperor of the state – Emperor of Manchukuo.

Then in 1945, he, along with Imperial Japan, was defeated in World War II. The sadistic emperor, who had been treated all his life like a living god, was imprisoned by the Soviets for four years and then later extradited to Communist China to face war crime charges. Subsequently, he was slapped with a ten years’ prison sentence at a communist “re-education” camp. Prior to his death in 1967, Puyi appeared a changed man and full of praises for the Communist regime in China.

Read on to discover more about the life of Puyi, the last emperor of China. 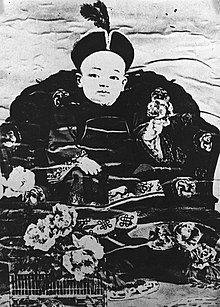 Puyi grew up in an unbelievably wealthy palace| Image: portrait of Puyi, 1908

China’s last emperor, Puyi, was born in Beijing, China to parents Prince Chun and Princess Youlan. Puyi’s parents raised him out of the public eye in the imperial palace. Such was his level of privileges that at the time that he was born, there was perhaps no other child in the word that could rub shoulders with Puyi.

At just the age of two years and 10 months, Puyi was catapulted to the throne of China. The child Puyi inherited the throne from his uncle, Emperor Guangxu.

Too young to know what was going on around him, the child emperor is believed to have cried throughout the coronation ceremony.

As it was expected, Puyi did not rule; instead a regent was appointed to steer the affairs of the empire on his behalf.  This arrangement remained throughout Puyi’s four years on the throne. Notwithstanding the above, the young Puyi was still given the reverence befitting of an emperor of China.

Due to the manner in which he was raised in the Forbidden City, it’s been claimed that he was extremely arrogant and cold, and in some cases, simply crude towards his courtiers. In his autobiography (From Emperor to Citizen), he confessed to brutally abusing his eunuchs and courtiers on a “daily routine”.  The child emperor’s cruelty was said to know no bounds.

Owing to his very high status, perhaps the only person who could slightly discipline him was his wet nurse Wang Wen-Chao. Puyi’s access to luxurious things and the finest of clothes was unparalleled. Undoubtedly, this was one of the reasons why he was treated by his entire courtiers and eunuchs as a living god.

After widespread chaos, the people of China had grown fed up of the monarch, ushering in the Chinese Revolution in 1911. The Qing Dynasty was toppled and the Republic of China was established. The following year, in 1912, the government forced Puyi to abdicate his throne. Puyi, who was around six years of age by then, was allowed to maintain his residence in the Forbidden Palace.

For a few days in the month of July, 1917, loyalist and supporters of the monarchy (led by warlord Zhang Xun) were able to restore Puyi’s imperial position. But it all came crumbling down after the republican government swiftly wrestled back control. Puyi was again powerless and in effect without his kingdom.

Did you know: Puyi’s abdication in 1912 brought to an end not just 267-year Qing dynasty but also the over 2,000-year-old monarchical rule in China?

In order to completely nip the situation in the bud, the republican government evicted Puyi and the royal family from the Forbidden City in 1924. To add insult to injury, he was stripped off his royal title – emperor of China. No longer was he the emperor of China; instead, he was just an ordinary citizen of the fledgling Republic of China.

Around 1932, deposed emperor Puyi relocated to Tianjin, a Japanese controlled city in northern China. Hoping to gain some leverage over their arch rival China, the Japanese installed Puyi as the ruler of Manchukuo (Chinese: Manzhouguo) in 1934. In that position, Puyi was nothing short of a puppet leader, obeying every command of his Japanese masters.

After Japan capitulated to Allied forces in World War II, the invading Red Army of the Soviet Union captured Puyi, who would later be held prisoner from 1945 to 1949.

In 1950, the Soviets handed over China’s last emperor to the communist regime in China where he was tried (at the Tokyo Trials) and sentenced to 10 years in prison for his war crimes against his people.

The prison sentence was not much of a typical prison; instead, it was a re-education camp where inmates are introduced to communist ideologies.

Once the communist authorities concluded that Puyi was no longer a threat to the nation, he was released in 1959. He took up residence in Beijing and worked as a gardener for a while before going to work as a researcher at the Chinese People’s Political Consultative Conference.

On October 17, 1967, China’s last emperor Puyi died after losing the battle against kidney cancer.  He passed away at the age of 61 at the Peking University People’s Hospital in Beijing, China. He was survived by his fifth wife Li Shuxia, who died of lung cancer in 1997.

Other interesting facts about Puyi