10 Popular Inventions of the Industrial Revolution

The Industrial Revolution was a technological defining moment in human history, which sparked off in Europe during the late 18 century. Beginning from somewhere in the 1750s, Great Britain inventors engineered machines and factories which gradually spread to the U.S. and other parts of the globe. The following are some popular Inventions of the Industrial Revolution which shooked the world From The 1750s To Early 1900s: 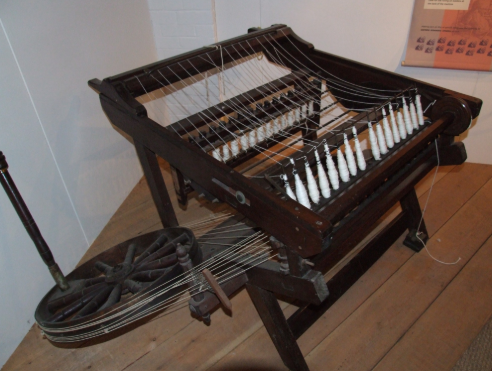 The Spinning Jenny- one of the magnificent inventions to come out of the Industrial Revolution. Image Source

Unlike the spinning wheel which had one spindle for housing the cotton thread, the spinning Jenny increased productivity by a factor of 8. This was possible because it had 8 spindles which could simultaneously supply thread for weaving. To add up to the advantages of the spinning Jenny, it was easy to use; even unskilled workers (including children), could operate the machine.

The story behind the discovery/invention of spinning Jenny is interesting. Let’s look at it:

Accidental Discovery of the Spinning Jenny

In 1764, a window of discovery opened itself to a British carpenter by name James Hargreaves. His daughter (Jenny) had pushed down the family’s spinning wheel. James realized that, while the machine lay on the ground, its single spindle continued to spin.

To James, the observation meant that one wheel could move several spindles all at once. By 1770, Hargreaves had patented his idea for an invention. Hargreaves’ invention laid the foundation for more efficient weaving machines such as the water frame and the spinning mule. Collectively, the machines boosted Britain’s textiles and gave it a lead 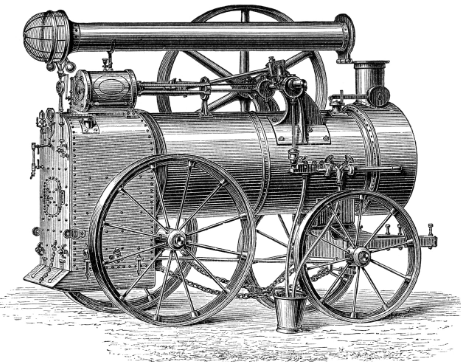 The Steam Engine, invented in 1712 by Thomas Newcomen. Image source.

The steam engine was an innovative power-providing machine. Earlier invented in 1712 by Thomas Newcomen, the steam engine used steam (pressurized water vapor from coal), to draw up water from mines. In the mining industry, this marked a transition from manual power to machine power. However, the early steam engine had a problem; it wasn’t efficient, but it was very costly to operate. Solely relying on pump-action (up-and-down motion), the engine lacked rotary movement.

James Watt and others later improved Newcomen’s engine by introducing a separate condenser. By 1780, Watt’s engine made use of rotary movement. This greatly reduced the operational cost of the steam engine, while increasing its efficiency. Watt’s engine began to power paper mills, iron mills, and others.

Steam engines were later improved and fitted into transportation. Richard Trevithick applied Watt’s engine and made a steam locomotive in 1803. Steam-powered locomotives began ferrying people and goods by 1825. The usage of steam power was further enhanced to build steamboats and ships. This occurred in the U.K, France, and the U.S.A, within the latter parts of the 18th century. Steam-powered boats opened a new era of maritime transportation, allowing the transport of passengers across the Atlantic.

George Stephenson also built a steam rocket which completely changed the transportation of people and goods on railroads.

The telegraph was one revolutionary product of the industrial age. Scientists of the 1830s made significant progress in understanding electricity and magnetism. This body of knowledge influenced the invention of the Wheatstone telegraph. Samuel Morse and Alfred Vail successfully designed a more workable telegraph which operated by sending electrical signals through a wire. Samuel Morse also invented “Morse Code” which made possible the transmission of the first text message in 1844.

Alexander Graham Bell revolutionized telecommunication in 1875, when he demonstrated that it was possible to transmit and receive voice signals over long distances – and bingo! The telephone was born.

A lot of people can roughly guess that dynamite is an explosive material, but few people know that it was invented in 1867 by Alfred Nobel. Before the groundbreaking invention of dynamite, gunpowder was initially used for explosive purposes such as blasting rocks. Nobel’s invention was a better explosive, but it was later abused for warfare 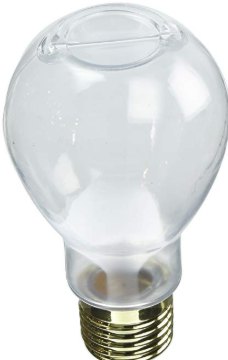 The incandescent lamp is an electric light bulb which glows when current heats its metallic filament. In 1878-1879, this was the brainchild of American inventor Thomas Edison and Joseph Wilson from England. Through Edison’s work on transmission lines, incandescent lamps powered street lights and home.

8. Internal Combustion Engine and the Automobile

Towards the latter part of the industrial revolution, the internal combustion engine emerged as a more efficient powerhouse for vehicles. The engine internally burns a fuel-air mixture. The heated gases expand and push against pistons or rotors, thereby doing work.

Many technological visionaries dreamed of the possibility of recording scenes on a photographic sheet. Thanks to Joseph Niepce’s Camera Obscura, the world’s first photographic image was taken in 1826. 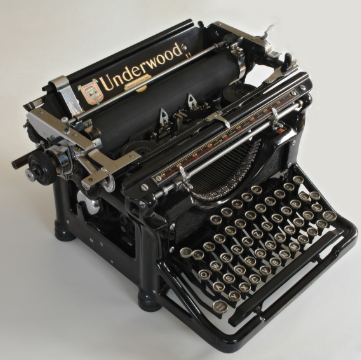 The Typewriter was the handiwork of William Austin in 1829. Image Credit

It was a mechanical device which allowed texts to be printed by pressing keys. Basically, it was a typing machine which was earlier invented by American inventor and scientist William Austin Burt in 1829, calling the invention ‘typographer’. Burt’s work was modernized by Christopher Latham Sholes in 1867. Although Burt is recognized as the ‘father of the typewriter’, it was Sholes who gave us the modern typewriter.

Initially Sholes arranged the keys on the typewriter in alphabetical order; however this proved problematic because the most used letters were a bit difficult to reach. In 1872, Sholes came out with the world’s first QWERTY keyboard to solve that problem.

Even though, typewriters have largely been phased out of the system, as they have been made redundant by modern day computers, we still thank the pioneers for showing us the way.