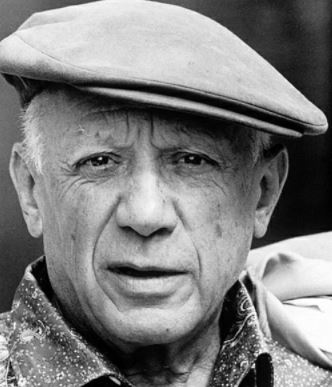 Pablo Picasso biography: Want to know why the Spanish artist and genius Pablo Picasso remains famous even to this day? Worldhistoryedu.com will explain lots of interesting facts about Picasso, as well as his contribution to the world of art.

Cause of death: Pulmonary edema and heart failure

Most Famous for: Inventing Cubism art

Pablo Picasso – the greatest artist of the 20th century

Pablo opted to use his mother’s surname as his surname instead of his father’s. Therefore he came to be called Pablo Picasso.

His father was a painter and art teacher at Barcelona School of Art. Pablo loved drawing right from a very young age. A prodigious talent, it’s been stated that the first words that he uttered as a baby was “piz”, which is Spanish for “pencil”. By age 13, Picasso’s skill and talent surpassed his father’s.

Growing up, he was not enthusiastic about school and the strict rules, as he wanted to become an artist. At the age of fourteen, he gained admission to a very prestigious art school in Barcelona. Normally, one had to be at least 18 before gaining admission to the school; however Picasso was so talented that he gained admission to the school even before 18. Picasso was very uninterested in classical art and history. He sought to create his own style rather than emulate the style of artists that lived several hundreds of years ago.

Picasso, then 16 years old, therefore proceeded to Madrid, where he attended another prestigious art school called San Fernando Royal College of Art. Again frustrated by the school’s strict rules, Picasso only stayed in the school until he was 18 before leaving for Paris.

Did you know: Pablo Picasso sold his first painting when he was just eight years old? 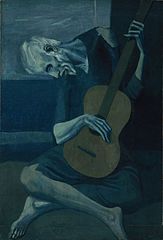 The start of the 20th century came with bad news for Pablo Picasso. One of his closest friends, Carlos Casagemas, took his life in 1901 over a sad love affair. The death of Casagemas sent Picasso into a deep depression. To counter his sadness, he delved deep into his paintings and began producing artworks at his art studio in Montmarte, Paris, France.

Perhaps due to the death of Casagemas, Picasso used quite a lot of the color blue in his paintings. Additionally, the subjects in those paintings of his were bereft of any form of happiness; he painted them with long and sad faces. He painted emotionally and physically troubled people, as well as people who were lonely and depressed. Picasso later revealed that he painted those painting in blue because he had a lot of blue paint at the time.

Arguably, the most famous paintings of Pablo Picasso during that period, a time art historians like to call the “Blue Period of Pablo Picasso”, are Blue Nude, La Vie, The Old Guitarist and Poor People on the Seashore.

It took Picasso about 3 years or so to finally get over his depression. It was around this time that he met and fell in love with a French model and bohemian artist called Fernande Olivier. Inspired by this love affair, Pablo Picasso starts using brighter colors such as red, orange, and pink in his paintings.

This period000, which historian like to term as Pablo Picasso’s Rose Period, also saw a change in the subjects that he painted. The scenes and the subjects looked more alive and happier. In some of his paintings during this time, he painted circuses, acrobats and harlequins.  Other famous paintings of Picasso during this time include Mother and Child and The Peasants.

Pablo Picasso was prolific when it came to producing paintings and other artworks. Historians estimate that he produced more than 1,800 paintings and 1,000 sculptures in his lifetime.

Beginning around 1907, Pablo Picasso had a change of mind, and with this came a change in his art style. Right from his early years as a painter, he always wanted to set himself apart from the crowd. Therefore it came as no surprise that while working with fellow artist Georges Braque, the Spaniard developed an entirely new style of painting, calling it Cubism. 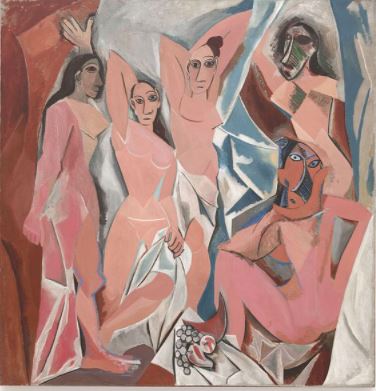 The style involves the breaking up of the subjects or scene into sections. Cubism allows the artist to properly analyze and then tackle the sections one by one. Once that is done, the artist can go ahead and put back the sections into a cohesive whole. The advantage with this painting style developed by Pablo Picasso is that it enables the artist approach the painting from multiple perspectives and angles.

The most famous painting of Pablo Picasso’s Cubism certainly has to be Portrait of Daniel-Henry Kahnweiler (1910). Other Cubism artworks of Picasso are the Portrait of Ambroise Vollard, Three Women, Bread and Fruit Dish on a Table, and Three Musicians.

Beginning around 1912, Picasso took to merging his Cubism painting style with that of collage. The outcome of those two styles was nothing short of breathtaking. In Cubism-collage Picasso added sand or plaster in his paint in order to make it have more texture. Another creative technique that he deployed was the application of newspapers or even wallpaper in his paintings in order to produce a varied dimension.

Between 1907 and 1921, Pablo Picasso dazzled the art world with several variations of his Cubism art form. In hopes of making Cubism a force to be reckoned with, he was not shy of experimenting with this style. However, starting around the early 1920s, Picasso reverted to a more traditional art style – i.e. classical style of painting. He took a lot of inspiration from famous Renaissance Italian artists such as Raphael. All of that culminated in Picasso producing amazing paintings that looked as if they were three-dimensional, most notably Woman in White and The Pipes of Pan.

Pablo Picasso and his experimentation with Surrealism Art

Pablo Picasso was the kind of artist that consistently experimented, trying to actualize mastery in different art styles. One such example of this was when he took interest in Surrealism in the mid-1920s. Surrealist artists sought to discover the meaning and truth from the realms of their subconscious minds and within dreams or nightmares. As a result of this, a surrealist painting or artwork appeared to defy logical thought, making very little sense. Most famous examples of this art form, a form which began in France in the mid-1920s, include The Son of Man by Rene Magritte and The Persistence of Memory by Salvador Dali.

Appreciative of the philosophies of the Surrealism movement, Picasso borrowed some of their ideas and infused them into some of his paintings. Picasso’s experimentation with Surrealism art produced works such as The Red Armchair and Guernica.

Pablo Picasso is generally regarded as one of the greatest artists of all time. His influence on the art world makes many historians and art enthusiasts consider him to be one of the greatest, if not the greatest, 20th-century artist. His innovations and important contributions to art in general are evident in the numerous masterpieces that he produced. His self-portraits are also greatly admired even to this day, fetching astronomical value in the world of art. 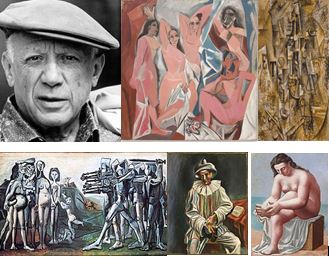