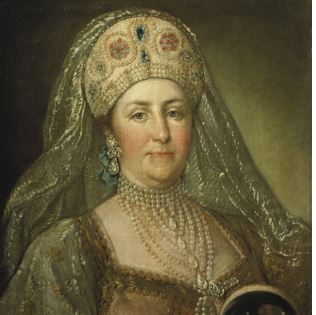 The following are 5 major accomplishments by Catherine the Great, Empress of Russia:

Upon becoming empress of Russia, Catherine’s goal was to bring back the years of order and fairness to Russia. In theory, her policies and legal system (also known as the Nakaz) were very laudable. The legal system she tried to institute, among many other things, sought to ban capital punishment, torture, and serfdom. As a result of initiatives and reforms like these, Catherine gradually won the hearts of ordinary Russians. However, the powerful elites and noblemen resisted all attempts of hers to alleviate the conditions of the serfs.

Five years into her reign, Catherine issued out instruction for the setting up of a constitutional commission. The commission comprised people (564 deputies) from all walks of life (except the serfs and the clergy) and from every nook and cranny of the Russian empire. Catherine tasked them to draft up a constitution that incorporated the desires and wishes of the Russian people. Unfortunately, very little came out of this commission. Perhaps Russian society was not ready to embrace the liberal ideas of Catherine. Perhaps, those in power felt threatened that moves of such nature would supplant them.

Many of her social and political reforms were aimed at creating a more “enlightened” Russian society. She believed that she could help finish the work that her most beloved role model, Peter the Great, started decades ago. She even built the Bronze Horseman in honor of Peter the Great.

However, with the passage of time, Catherine eventually came to the sad conclusion that the well-designed liberal reforms, which she so much believed in, had no chance of taking root in her empire. The Russian culture wasn’t ready for them. Therefore, she set her sights outside the empire. She was determined to leave a mark in history. She believed that military campaigns abroad could somehow instill pride and belief among the Russians.

In the course of her 34-year reign, the size of the Russian empire grew tremendously. It stretched all the way south to the Crimea region around the Black Sea. Catherine also helped resolve the issue of boundaries with Poland. She partitioned Poland and gave parts of it to Prussia and Austria. Then in 1795, she annexed the eastern part of Poland. This was her way of responding to the spillover effects of the French Revolution. Before that, she had made her former lover Stanislaw Poniatowski the ruler of Poland.

Furthermore, Catherine the Great brought Russian troops back from a campaign in Denmark. She also worked assiduously to keep a reasonably diplomatic relation with Prussia, as well as other European countries.

It is also worth noting that, Catherine the Great inherited decades, perhaps centuries, long animosity between the Russian Empire and the Ottoman Empire. Starting in the year 1768, Catherine stepped up her military efforts against the Ottoman Empire. Her most glorious win came during the 1770 naval victory at Ceşme. The first of her wars (Russo-Turkish Wars) with the Turks, which lasted from 1769 to 1770, helped cement Catherine’s position as one of the fiercest rulers in Europe.

In 1774, she signed a peace treaty (the Treaty of Küçük Kaynarca) with the Ottomans. As part of the treaty, Catherine was able to expand Russian boundaries further, down south into regions around the Black Sea.

Catherine was very kind to her advisors and lovers. She made one of her advisers and former lover, Gregory Potemkin, the ruler of newly conquered areas in Southern Russia. Gregory was an extremely apt navy commander. He helped Catherine build a strong Russian navy fleet that was able to annex the Crimea Peninsula from the Ottomans in 1783.

The Pugachev Rebellion (1773-1775) was a very turbulent civil unrest incited by Yemelyan Pugachev. Pugachev, a former member of the Don Cossacks, frequently made audacious claims that he was Peter III, Catherine’s husband.

However, the root cause of the protests came because Yemelyan and his followers were aggrieved by Catherine’s consistent mistreatment of serfs in the Ural region. Soon, the agitations spread to other southeastern provinces of Russia. A great number of ethnic minorities that came from the conquered lands also took part in the rebellion.

The rebellion had the potential of ruffling Catherine’s power base. Only surpassed by the great rebellion of 1917, the Pugachev Rebellion is considered the second most significant protests in Russian history.

Catherine knew that she had to act swiftly to prevent Yemelyan and his men from making the situation even worse. She quickly deployed her troops to squash the uprising. In the end, Pugachev’s will was no match for Catherine, and in 1775 he was apprehended and executed.

Prior to her taking the throne, Russia was considered a technologically and intellectually backward nation, far behind other European powers. Catherine the Great invested heavily in education and the arts. She built several boarding schools, especially for girls from noble families, in St. Petersburg. She also partially introduced free schools for the deprived classes in Russia.

Theater and the arts flourished during Catherine the Great’s reign. She herself was credited with writing a number of librettos. She also served as the patron of the Hermitage Museum- a museum originally started from her private collection of artworks. In short, she was simply a big admirer of western European culture and philosophies.

During her reign, Russian women were given a lot of opportunities to advance in the arts and the sciences. The number of female writers and poets increased tremendously. It must be noted that the majority of those women came from rich and aristocratic families.

Catherine was simply following in the footsteps of the great revolutionary ruler, Peter the Great. Russian women in the 18th century also had the sheer privilege of looking up to not just Catherine, but three other female monarchs of Russia- Catherine I, Anna, and Elisabeth.

As a big fan of English and French liberal philosophies, Catherine and the likes of Voltaire, Jean Le Rond d’Alembert, and Denis Diderot became very close friends. She corresponded extensively with Voltaire. It is believed that she got her name, “Catherine the Great”, from Denis Diderot.