Life and Major Accomplishments of Nerva, the first of the Five Good Emperors

Marcus Cocceius Nerva was a Roman emperor who ruled from 96-98 AD. He came to the throne after the assassination of Emperor Domitian by the very powerful Praetorian Guard.

Nerva’s ascension to the throne marked the end to the Flavian Dynasty, which had reigned for close to three decades. Prior to his proclamation as emperor by the Roman Senate, Nerva served for many, many years under Nero and Flavian Dynasty emperors. For example, he held the consulship position twice during the reigns of Flavian emperors Vespasian and Domitian.

Nerva’s short yet successful tenure established him as the first of “the five good emperors” who followed after him. His reign was marked with peace and stability, which the Romans welcomed after the tumultuous reign of Domitian. 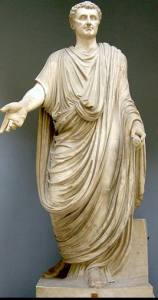 Prior to becoming emperor of Rome, Nerva held the consulship position twice, during the reigns of Vespasian and Domitian.

Background: Family & His Life-Long Service to the Roman Empire

Nerva was born to Marcus Cocceius Nerva and Sergia Plautilla. His father Marcus served as a consul during Emperor Caligula’s reign. He had a sister called Cocceia, who later married Lucius Salvius Otho Titianua. Lucius was the older brother of the former emperor Otho, who reigned during the Year of the Four Emperors.

Nerva’s family, the Cocceii, was considered as ‘new money’, having gained their wealth and prominence after the end of the Julio-Claudius dynasty. Despite being new in the Italian nobility circles, the Cocceii were regarded as very influential, as many of its members held high public offices. For example, his great-grandfather had served as consul and the governor in Asia around 36 BC, and his grandfather was also a well-known consul and close friend of Emperor Tiberius.

Not much is known about Nerva’s upbringing or education. However, he was known for being a talented poet, as well as a skilled tactician and diplomat.

Similar to his father and some members of his ancestors, Nerva decided to pursue a career in politics. Around 65 AD, he was made praetor-elect and also became an advisor to Emperor Nero. During that period, he uncovered a plot against the emperor, which later became known as the Pisonian Conspiracy.

Although much isn’t known regarding his role in the discovery of the plot, it must have been important, as he received triumphal honors from Nero despite not being in the military.

Nerva also had a close relationship with Vespasian, the military general, who later became emperor after Nero’s death. He would later serve as consul during Vespasian’s reign, as well as Vespasian’s successors, Titus and Domitian.

As a leader, Domitian had grown very paranoid due to the myriad of plots and conspiracies that threatened his life. As a result, he’d become very vengeful and cruel, especially towards the Roman Senate. On 18 September 96 AD, he was assassinated by members of his inner circle, i.e. the Praetorian Guard. Later that day, the Roman Senate declared Nerva as emperor.

It’s likely that Nerva might have played a role in Domitian’s assassination or was aware of the plot at the very least. After all, he was most likely in the emperor’s close circles. The selection of Nerva, who was at the time 66 years old, raised eyebrows, especially since he was old, of poor health and had no children to succeed him. But it may have been a strategy by the Senate to influence the selection of the next emperor.

His appointment as emperor also helped prevent a civil war from breaking out. Because of his ties to the Flavian dynasty, supporters of Domitian were appeased upon learning of his ascension. Nerva also most likely accepted his role after directly witnessing the chaotic events that occurred after Nero’s death. 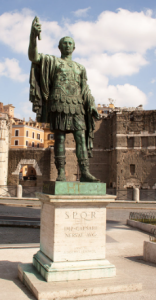 Nerva was the first of the “five good emperors”. His reign lasted for less than two years. After his death, he was succeeded by his adopted son, Trajan. Image – Bonze statue of Nerva in the Via dei Fori Imperiali, Rome

Nerva’s reign was a breath of fresh air to the empire considering the somewhat turbulent nature of Domitian’s reign. The Senate, in particular, were relieved, as they had been severely persecuted during that period.

In the early days of his reign, Nerva denounced the public executions of senators. He also called off the trials of alleged treasonists, effectively releasing and granting amnesty to those who had been imprisoned or exiled.

Nerva later restored the properties that his predecessor had seized from some citizens. His goal was to right the wrongs that occurred during Domitian’s reign. As a result, the empire welcomed the stability that the new ruler brought with him.

Because of his short reign, 96-98 AD, Nerva did not have the luxury of time to embark on public projects. Most of his work focused on ensuring that the imperial forum Domitian had begun was completed and named the Forum of Nerva.

In 97 AD, he inaugurated a public square, and it is believed that he also built a granary and also did some restoration works on the Colosseum, which had been built during the Flavian dynasty.

He also undertook several economic reforms designed to ease the burden of paying high taxes, especially the burden on the poor. Nerva allotted lands to the needy, prevented parents and children from paying a 5% inheritance tax, and made loans available to landowners provided they used 5% of their interests to support children from poorer homes. He later abolished the Fiscus Iudaicus, which was a tax that Jews in the empire had to pay.

Nerva’s drastic economic reforms caused a strain throughout the empire, but he saw it as a necessity. To generate more income, he abolished elaborate games, religious sacrifices, and horse races. He also sold most of Domitian’s possessions such as his estates, ships, and furniture to augment the empire’s coffers.

The emperor appointed Frontinus, who served as the empire’s water commissioner and led several water reforms and was responsible for maintaining Rome’s aqueducts.

While Rome enjoyed peace during Nerva’s reign, there were still factions of people who were unhappy with his ascension to the throne. These people were mostly supporters of Domitian who sought revenge for his assassination.

In 97 BC, the Praetorian Guard led an uprising against Nerva and they held him captive, asking for the return of Petronius and Parthenius, the two men accused of killing Domitian. Nerva refused to surrender to their demands, and eventually Domitian’s conspirators were killed. Nerva escaped the ordeal but it left him scarred, and he briefly thought of abdicating the throne. The incident also caused him to question his succession upon his death.

Throughout his life, Nerva never married and had no children. Because he had no direct or distant relatives to succeed him, he decided to adopt Marcus Ulpius Traianus, also known as Trajan. The emperor’s heir and adopted son was a young and renowned general who served as governor of Upper Germany. 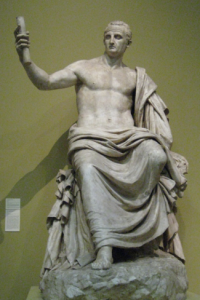 After his death, Emperor Nerva was deified by his successor, Trajan. Image – Nerva as Jupiter; cast of a sculpture in the Capitoline Museums (Pushkin Museum, Moscow).

Nerva suffered a stroke on 1st January 98 AD. He died a few weeks later after suffering a fever. Following his death, Trajan succeeded him with no issues. The Roman Senate deified the former ruler, and his remains were interred at the Mausoleum of Augustus.

According to the historian, Pliny the Younger, Trajan built a temple in honor of Nerva; however, there are no records or traces of this ever happening.

Unlike many other emperors before him, there wasn’t much information on Nerva’s life and reign. Perhaps this was due to his relatively short reign. Nonetheless, what information there was on him was mostly positive.

But Nerva also had some faults. His lack of experience in Roman politics showed in his indecisiveness. Despite that weakness, he made a difference in the sixteen months that he reigned, from restoring roads and aqueducts, building granaries to making wise financial decisions.