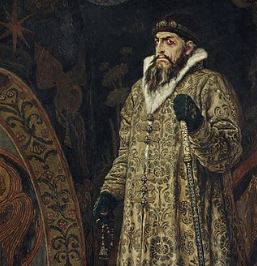 Ivan the Terrible, in other words, Ivan IV Vasilyevich was a rowdy Russian ruler who was well known for his reign (1533-1584) as Russia’s 1st Tsar (Emperor). Growing up with insanity, his reign oversaw Russia expand into a great empire. But the expansion came with myriads of negative repercussions.

He was born in Russia, on 25th August 1530 to Vasili II (his father) and Elena Glinskaya (Vasili’s 2nd wife). Ivan’s paternal grandma was Princesses of Serbia. On his father’s family side, their clan were members of Lithuanian Grand Duchy.

Ivan tasted power since his childhood. After suffering from an abscess infection, his dad passed away when he was only 3 years. At the orders of his deceased father, Ivan was crowned Grand Prince of Moscow. But since he was too young to rule, his mother played the role of regent. Elena Glinskaya didn’t live long to nurture her son; in 1538, she was allegedly poisoned to death. By then, Ivan had attained the age of 8.

Ivan’s mother’s death put the young ruler’s future in disrepute. Stiff competition for the regency led to feuds among the aristocratic boyar family. In various letters written by Ivan, he recalled that, following the death of his parents, the boyars neglected and wronged him and his brother.

When Ivan matured into adulthood,  he became the overall emperor (Tsar of Russia) during 1547. Before his powerful coronation, all his predecessors ruled Moscow as Grand Princes. Interestingly, he was the one who personally appointed himself. With the tsar title on his shoulders, he was now a Russian equivalent of  Caesar.

Prominent European monarchs such as Queen Elizabeth I, and the Roman Maximian II, all recognized and respected Ivan’s great title. Ivan was so close to the queen such that, it raised suspicions that he proposed to marry her. Allegedly, the legend says that Elizabeth I declined the proposal. But that didn’t mar the peaceful trade relations that started to exist between the two nations.

Surprising Achievements of Ivan the Terrible

It can never be disputed that Ivan the Terrible was a brutal leader. However, he quite accomplished some positive developments. Here are some very rare examples of those achievements:

The results of his war-like character brought forth wars, mass killings, torture, and destruction. But looking for another angle, Ivan takes full credit for his expansion of the Russian Empire.

After defeating the Tartar Khanates during 1552 and 1556,  Russian borders expanded to reach the Caspian Sea and the Urals.

Ivan set up horse-riding policemen known as Oprichniki. Wearing black attire, the police weren’t there to maintain law and order. Their duty was to oppress and silence government critics.

The Oprichniki carried out a devastating attack (the Massacre of Novgorod). They were sent by Ivan who suspected a possible plot against him. The attack left the community with several thousands of deaths. This was one of the negative achievements that earned him the title, “Terrible”.

As a young ruler, Ivan established a Russian parliament compromised of nobles, clergy and representatives. They took part in Kremlin legislative proceedings under the chairmanship of the tsar. Thus, Ivan opened the gate for future Russian Parliaments.

Ivan commissioned  Moscow Print Yard. Between 1550 to the 1560s, the printing press produced a lot of books on religion, etc.

Ivan was a highly polygamous ruler; he got married up to seven occasions. The list of his wives includes Anastasia, Sobakina, Vasilchikova, Vasilisa, Koltovskaya, Ngaya, and Temryukovna.

In all, he and Anastasia begotted 6 children. They were: Anna, Feodor, Ivan, Maria, Eudoxia, and Dmitry. Unfortunately, most of his children never made it into adulthood.  While he murdered some of his wards, Maria and Ana died before Ivan could celebrate their 1-year birthday anniversary. Eudoxia never reached 2 years. Dmitry later perished in a boat accident.  Ivan deservingly had a fair share of terrible tragedies that befell him.

Death of Ivan the Terrible

Finally, on 18th March 1584, a terrible tragedy sent Ivan back to his maker. On that day, as he sat down playing chess, he was attacked by a fatal heart condition. Moments later, the 53-year-old man peacefully passed away in his bedroom.

Horrifying Facts About Ivan the Terrible 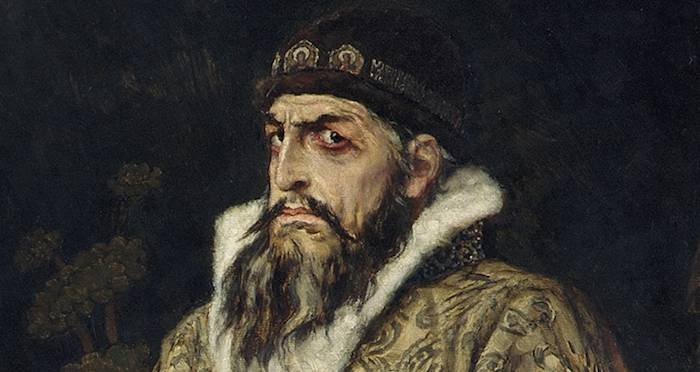 Terrible Facts about Ivan the Terrible

Ivan was a controversial leader who lived in a separate world of realities. Here are some really horrifying facts about Ivan the Terrible:

Ivan was a warmonger

In fact, the tsar almost spent his entire life fighting on the battlefield. Expansionism was his key principle. Under his reign, he didn’t only wage wars, he also made sure he won some. His army’s invincibility was tested during the Livonian War which lasted from 1558 to 1583.

Unfortunately, he lost that war to the Swedish and Polish armies. The loss deprived Russians of accessing the Baltic Sea.

Still, under Ivan’s rule, a decade followed with more harm to Russians. The Crimean Tatars raided central Russia. When they finally landed at Moscow in 1571, with the exception of the Kremlin, everything in their sight was set ablaze.

Even though the Russians managed to defeat the Tatars, they were left with economic ruins.

He was merciless from day one

Ivan’s madness goes back to his childhood days when he would torture animals (e.g dropping pets from higher windows), rape ladies, and booze beer. History adds that he even knew how to kill people, while he was young.

Ivan’s early loss of his parents made him a victim of maltreatment. In all, he grew up and became full of wrath, as a result of the dangerous environment he was earlier exposed to. After growing up in power, he hated the Boyar nobles with all his heart because they had scorned him when was young.

He is rumored to have killed his children

Regardless of people’s affiliation to him, Ivan was a ruffian who couldn’t temper justice with mercy. After being vexed in a dispute with his son, he cracked his son’s skull by striking him with a sharp staff. He mercilessly beat his son’s pregnant wife; the beatings affected the pregnancy.