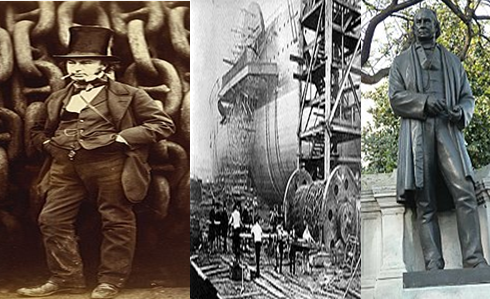 About two years into the Crimean War (1853-1856), a plea was sent from famous English nurse and social reformer Florence Nightingale to the British government. The plea concerned the deplorable and unsanitary conditions that British forces had to endure at the military hospital in Scutari (i.e. Selimiye Barracks, modern day Turkey).

Isambard Kingdom, a renowned English civil and maritime engineer, was tasked to design a prefabricated hospital that would help solve the poor conditions, which by the way were inflicting a huge death toll on British forces in the region. Isambard took just five months to design and build a unit that could house up to 50 patients. His design, which incorporated many vital features, would go on to serve as the blueprint for field medical facilities, even to this day.

For engineering enthusiasts the personality Isambard Kingdom Brunel is a legend; however, unbeknownst to many Brunel was the famous English civil, maritime and railway engineer who designed the Great Western Railway, large ships (including the SS Great Britain and SS Great Western), the Clifton Suspension Bridge, and the Paddington Station, and among many other magnificent feats of engineering.

Cause of death: Stroke (following his diagnosis with Bright’s disease, also known as nephritis)