How Did Adolf Hitler Die? 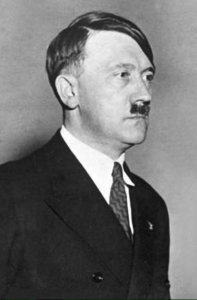 Born on the 20th of April 1889, Adolf Hitler was the tyrannical leader that ruled Germany with an iron fist from 1933 to 1945. Undoubtedly the most vicious and bloodthirsty leader in all of recorded history, Hitler’s reign of terror came close to bringing the world to its knees during World War II (1939-1945). But for the collective and brave sacrifices of the Allied Forces, Hitler and his Nazi Party would have succeeded in imposing his fascist and anti-Semitic philosophies in every nook and cranny of the globe.

And although much is known about the sheer size and extent of his atrocities in the course of the 6-year war, very little is known about how Hitler died. Exactly when, where, and how did the warmonger, Adolf Hitler die? These and many more other questions are answered below:

The year was 1945 and the 6-year bloody world conflict had started to take a huge toll on the German army. They were getting wearier and increasingly stretched out on all fronts. The real question was: how long were the Nazi army going to hold? Soviet forces were fast approaching  the German capital, Berlin. And Hitler, being a despicable maniac, didn’t want to get captured and tortured by the Red Army of the Soviets. On 29th April 1945, he developed a plan to commit suicide with his wife Eva Braun who he met when she was only seventeen.

Hitler sought advice from a physician named Dr. Werner Haase on the easiest and most reliable way to commit suicide. Dr. Werner recommended the “pistol-and-poison method”. This involves the consumption of cyanide (a poisonous chemical) and shooting oneself in the head with a gun.

Hitler doubted the efficacy of the cyanide poison distributed by the physician Dr. Ludwig. To test the efficacy he ordered Dr. Haase to feed his dog, Blondi, with the cyanide. When the cyanide capsules were fed to Blondi, it died almost instantly. Hitler then became convinced that he could successfully end his life whenever he needed to. He had earlier signed a suicide note and written his will.

Adolf Hitler and his newly married wife Eva lived in a bunker called Fuhrerbunker. It was a protective shelter and a hideout for the autocratic leader. On 30th April 1945, the Soviet forces were very close to Hitler’s residence. Sensing an inevitable danger, Adolf Hitler walked through his corridor to bid farewell to about 20 people who had gathered at his residence. He went back to his room after a handshake with each of them.

Hitler had a meeting with the commander of the Berlin Defense. Commander Helmuth Weidling relayed to Hitler that their stock of ammunition wouldn’t last for a day if they were to fight back their approaching enemies. He, therefore, sought permission to escape. Hitler hesitated to grant Weidling his demand, so Weidling retired to his headquarters. By 1:00 pm that night, Hitler finally gave permission for his commander to flee. 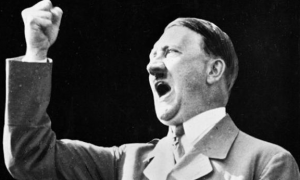 As WWII drew to an end, Adolf Hitler plotted on how to take his own life and that of his wife, Eva.

Hitler then had his last meal with his personal assistants. He used that time to say goodbye to fellow occupants of the Fuhrerbunker, including several senior military officers. After the meal, at about 14: 30, Hitler and his wife retired into their personal study room. At about an hour later, witnesses reported hearing loud gunshots. When the door to Hitler’s study room was opened, an acidic odor characteristic of hydrogen cyanide was detected by witnesses. Hitler’s assistant military commander, Otto Gunsche entered the room and saw the two dead bodies of Hitler and his wife Eva. With the aid of a Walther PPK 7.65mm pistol, Hitler had shot himself in the head. The two lifeless bodies lay on a blood-soaked sofa. Witnesses also described that Eva’s body had no signs of visible injuries, suggesting Hitler’s wife drank only the cyanide poison.

Adolf Hitler’s corpse was kept away from the view of ordinary people. The assistant military commander of the Berlin Defense, General Weidling, left the study room and announced Hitler’s death. Following written orders from the dead dictator, the two corpses were taken upstairs through an emergency exit point of the bunker. They were then conveyed to a garden and set ablaze using petrol.

There were claims that earlier efforts to cremate the Hitlers’s bodies weren’t successful as the petrol failed to ignite. In the face of this, the cremators went back to the bunker and brought rolls of papers. The papers were lit and thrown on top of the bodies. When the corpses caught fire, gun salutes were fired into the air by military men at the doorway of the bunker.

At about a quarter past 16:00, the cremators went back to the study room to collect and burn the blood-stained floor covering in the study.  They unrolled the fabric, took it to the garden and burned it. The bodies didn’t burn up completely, so more fuel was added to speed up the cremation. After 2.5 hours of burning, the remains were collected and covered up in a bomb crater.

The outside world stood in oblivion for a while until 1st May when a radio station paused its normal program and announced on air that Hitler was no more. Karl Donitz, a German admiral, was introduced as the successor to Adolf Hitler. The new German president struck a deal with the Americans and the British to ceasefire.

The Soviet forces later arrived at Adolf Hitler’s bunker but didn’t believe it when they were informed of Hitler’s death. They ransacked every corner until they found the cremated remains. Hitler’s body was exhumed and reburied several times in different locations. DNA tests were also carried out to confirm the identity of Hitler’s corpse.