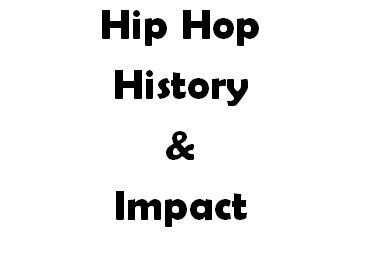 Hip hop is one of the most vibrant music genres that continues to appeal to modern youth. The availability of digital music downloading websites has helped to popularize hip hop across the globe. The emergence of hip could be viewed as a monstrous wave with heavy momentum which came from nowhere to capture everywhere. But what is hip hop, and how did it come about? Music, they say, is food for the soul. Here we bring you the history and impact of Hip Hop Music.

Hip hop isn’t just fanciful music; it reflects the way of life in the streets are. It was in the late 1970s that the hip hop genre started establishing its foundation. The United States of America, is indeed a land of opportunities — hip hop proudly originated in New York City , New York, during the 1970s. The pioneers of hip hop comprised Afro-American youth and Latinos who were well-versed with the street culture and realized that they could create something positive out of it.

At the introduction of this new music culture, society sat in isolation for a brief moment before they fully welcomed it. Sooner than expected, the music traveled and struck the masses and began to feature in showbiz, discos, cinemas, and other entertainment fields.

Hip Hop was a cultural invention; and before it came up, no one had any idea about the lexical meaning of hip-hop. The word probably didn’t exist until it was coined by Keef Cowboy and Afrika Bombaataa.

Even though it’s hard to pinpoint a single person as the original founder of hip-hop, Kool Herc, Afrika Bombaataa and Grandmaster Flash have been given much credit for their pioneering roles in the evolution of the rap genre. In his days as DJ, Kool Herc used to select dance tunes from jazz and funk to entertain his listeners. These music selections were based on the music parts that featured drums & rhythms.

Sooner or later, a new dance style (called breakdancing) emerged out of Kool Herc’s compilations. The DJ then named the dancers of his music as “B-Boys” — which was a shorter term for “Break-Boys”. As he played the tracks, Kool Herc would speak in rhymes over the beats. Unknown to him, Herc was performing the earlier versions of hip hop raps.

Grandmaster Flash was also a key pioneer of hip-hop. While Herc took inspiration from funk and jazz, Flash’s influence was drawn from a host of external music sources such as reggae and German music.

Hip-hop’s history is traditionally tied to African-Americans in New York. The word “hip” was an African American vernacular since 1904. Hip-hop dance refers to artistic performance on the hip-hop music. The dance moves were often performed on the streets. Breakdance and funk style represent the older hip-hop dance.

The dance styles that were later developed were termed the “New School”. The years between 1970 and 1985 were characteristic of the old school hip hop. From 1985 to 1993, hip hop music saw its Golden Age. Different patterns of hip hop dance sprang up. Examples are snap dance, Harlem shake, and gangsta walking.

There’s no way a dance can exist without an accompanying music. This was the reason behind the growth of hip hop dance and its widespread popularity — the masses received the hip hop messages with delighted hearts, so they danced joyfully to the music. 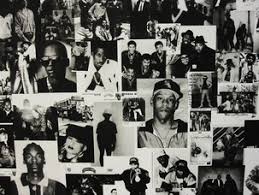 Dozens of energetic youth graced lively occasions and danced to hip hop music as way of expressing themselves and their opinions. In the advent of breakdance, it was evident that hip hop came to unite the youth, especially those from troubled backgrounds. Instead of engaging in unnecessary fights, the youth would breakdance together at the discos and have a great time. In this regard, some people believe that crime and violence decreased considerably when hip-hop dance was invented.

The MCs (masters of ceremony) also used hip music as a platform to communicate the problems that were encountered by their communities. Through these rhythmic talks over played music, rap entered into the game.

In the old school era, hip hop musicians made use of raps when they were introducing guests or themselves. In the subsequent years, as the genre kept evolving, hip hop artists tapped into the Afro-American culture to deliver their raps. During the 1980s, synthesizer technology came up and found a space in hip hop music. As time went on, films centering on hip hop were also released. 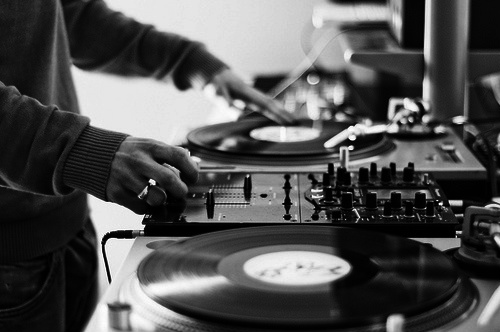 In 1979, the Fatback Band officially released a rap song titled “You’re My Candy Sweet”. Their song has, as understood by many people, was the first recorded hip hop track. On the other hand, in the same year, 1979, the Sugarhill Gang also released a banger titled “Rapper’s Delight” — it was the first hit rap song. The song popularized hip hop to national level.

Despite the laudable success of the first rap songs, they didn’t perform commercially until the debut album of Run D.M.C was released in 1983.

The 1990s came with gangsta rap lyrical content from artists like Ice-T, Method Man, A Tribe Called Quest, Heavy D,Salt-N-Pepa, Fugees, Queen Latifah, etc. Artists like Ice-T used the music to touch on thug life and explicit stories about street life. The rise of rap superstars such as Tupac and Notorious B.I.G helped to revolutionize the genre, giving hip hop a slightly different picture and meaning.

The murders of 2Pac & B.I.G in the 1990s sparked violence which ushered in negative views about hip hop and rap. Even in our current generation, controversies still surround the hip hop genre. Despite the wave of shootings, drug dealing, and prostitution, hip hop has positively changed the lives of African American rappers such as Jay Z, Lil Wayne, Drake, Kendrick Lamar and the rest. Talented white rappers such as Eminem have accomplished super stardom status in rap music as well.